NOT EVEN “THE MESSIAH” CAN MASK CHALLENGES FACING AUSTRALIAN RACING‏

Racing Australia Chairman John “the messiah” Messara’s keynote address at last week’s 49th International Federation of Horseracing Authorities (IFHA) conference in Paris painted a very rosy picture of the state of Australian racing. In the art world it would have fetched a record price at auction. But reality checks find a way of bringing so many things that are overhyped back down to earth- with a thud. 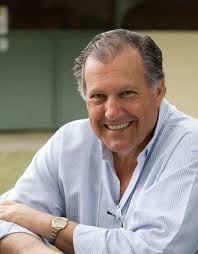 Factually, Messara’s keynote address cannot be disputed. The Australian racing industry has come a long way in three decades. Like the Australian economy, which survived and thrived for the best part of a century on the back of the sheep industry, Australian racing’s progress over the past 30 years has been on the back of its own version of a “free trade” agreement which attracted an amazing injection of capital – domestic and international, into the domestic breeding industry, matched by an avalanche of some of the world’s best and most successful bloodlines.

To be fair to “the messiah”, he almost single handedly played a pivotal role in internationalizing and revolutionizing the domestic breeding industry through his foresight in shuttling the great and legendary Danehill to Australia. The concept of shuttling stallions from the Northern Hemisphere to Australia was well and truly off and running. And, of course as Messara identified, the generous tax concessions afforded by the Hawke Government in 1985 opened the door for local breeders to access the very best of Northern Hemisphere pedigrees. It helped greatly that Bob Hawke was and still is a racing “nut”. Right?

Messara also detailed some of the changes in the governance structure of Australian racing and to its revenue model, its adoption of a stricter integrity regime, the globalization of Australian racing through the Melbourne spring racing carnival, and the participation of horses owned and trained by some of the biggest names from Europe, Asia and the Middle East.

Pablo Picasso could not have painted a better picture of Australian racing. But racing, like all sports in this complex and technologically driven age and replicated in the business world and in every day life, CANNOT stand still. Racing must be opportunistic, seizing the day, week, month, and year, when the truffle dogs and truffle pigs sniff out “black gold” from the earth.

Taken at face value, on the back of the progress which Messara has identified, Australian racing should be powering ahead. It should be a thriving sport with a point of difference which is in sync with a very aspirational society and generation which demands a lot more than its predecessors did. But it isn’t. Where cricket, the football codes, soccer and many other sports have re-invented themselves and are perceived as modern and customer focussed and driven, the perception and reality of racing is that it is “old school”, working off an outdated business and administration model, with leadership and management teams who are incapable of and averse to transitioning to the commercial realities and environment of the twenty first century. It should be a successful new world jurisdiction. But it has let that opportunity slip away. Australian racing, as it stands today, has failed to capitalize on and exploit its achievements over the past 30 years.

Australian racing does not speak with one voice. It is fragmented, divided and dysfunctional. It masquerades as a national industry, but it is so far removed from such a status it is embarrassing. The word “unity” is no longer part of its language. Year in, year out, on issue after issue, there is division and dispute, geographical boundaries and unhealthy interstate jealousies and rivalries collide to trump any hope of Australian racing operating in cohesively and with unity and purpose, for the interests and advancement of the industry as a whole.

While racing in the smaller states continues to suffocate and is heading down a path of extinction, Australian racing’s governing body, an oxymoron in itself, the self-titled Racing Australia, like its predecessor the Australian Racing Board, is, in reality, incapable of performing the role which its lofty title suggests and which it ostensibly is empowered to do and control its own destiny.

As a regulatory body it lacks the confidence of the racing community across every State, whose representation on the Board is nothing more than tokenistic. Its record of decision making, when it does make decisions, is not one that can be bragged about. Decisions, often, are little more than a meaningless watered down compromise which always ensures that a flawed and outdated status quo remains in place. Unanimity is rare with the undeclared “war” between the two powerhouse States – Victoria and NSW- alive and well and with no signs of an outbreak of peace between the warring parties. The mistrust, fear and mutual dislike and despising between the two States is so intense it would defy even the efforts of a Henry Kissinger to mediate a solution.

Disappointingly, since John Messara has worn two of his many hats – as Chairman of the Australian Racing Board and its successor Racing Australia, and Racing NSW- very little has been done to address and redress these festering issues which have road blocked the progress of the Australian racing industry.

Despite all the fanfare and spin which heralded the birth of Racing Australia and Messara’s ascension to his lifelong ambition to be numero uno and titular ruler of NSW and Australian racing, nothing has changed. 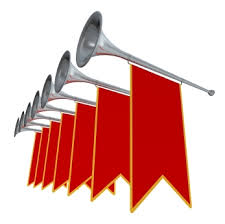 It would have been so much better if John Messara had strutted the world stage in Paris and declared that Australian racing had finally got the monkey off its back and was starting to build on its achievements and progress over the past 30 years. If he, or for that matter, anyone else believes that the racing world cannot see through the wallpaper that is holding Australian racing together, they are in serious need of a reality check. 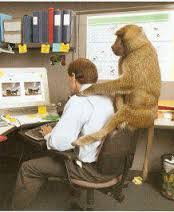 And when you get the Racing NSW mouthpiece- the Daily Telegraph- talking up Messara’s version of racing’s “Gettysburg address” with chest pounding meaningless headlines like “We’re a frontrunner”, it begs the question: What hope has Australian racing got of ever getting its priorities right and putting an end to the hostilities that keep holding this once great sport back?

The head to head, stride for stride battle down Randwick’s famous straight last Saturday between James McDonald aboard Complacent and Joao Moreira on Hauraki was spine tingling. It was last year’s Mackinnon Stakes all over when Moreira and Damien Oliver went head to head down the equally famous Flemington straight. McDonald and Oliver were victorious, but what wonderful theatre and horsemanship from three of the greats of the modern era. It is what makes the competitive spirit of racing appeal to racing fans and non-racegoers. It is a marketers dream and what racing should be shouting from the rooftops and promoting. Moreira, Purton, Oliver, Bowman, McDonald, with the likes of Ryan Moore, and possibly, Frankie Dettori thrown in. Can it get any better for the Melbourne spring carnival? That’s the good Pollyanna stuff and the better stuff was seeing the much loathed saddle swingers take an absolute pounding at Randwickon Saturday when favourites saluted in every race. But, as always, beware The Revenge of this species. Watching some of the rides this week on some well-backed conveyances, albeit most of these being on provincial tracks, they might be dress rehearsals for a Saturday, Bloody, Saturday and where the usual suspects of professional “tipsters” will be doing their best to create false favourites and lead the mug punter down the proverbial garden path.

Lots of positive talk from Melbourne about the heartfelt tribute by James Cummings paid to his grandfather – the legend Bart Cummings at the Champion Racehorse of the Year Awards night on Thursday. Well done, James! Chatter of a different kind from many bemused cynics about Chris Waller tearing up when accepting an award named after Bart Cummings for training the most number of Group One winners during the racing season.

Plenty of raised eyebrows from recipients of communication from Sam Kavanagh talking up his new venture turning previously barren problem mares fertile. In his spiel, he even quotes, of all people, Albert Einstein. Please, Sam, for gawd sake, PUHLEEEEZE. “As Albert Einstein once said: Insanity is doing the same thing over and over again and expecting different results”. Many would agree that it is a very pertinent quote for Sam, especially the use of the word insanity. Wonder if the rules of racing would allow Sam to have any type of work involvement in the racing industry if his penalty stands?

The jockeying for positions on the Board of Racing NSW is hotting up. Not surprisingly, there are lots of rumours and innuendo given the many controversies surrounding NSW racing and the major players involved. One of the biggest questions being posed is whether the State Government and Racing Minister will play a more proactive role in the selection process of the Appointments Panel. Racing Minister Troy Grant and Premier Mike Baird would hardly be impressed by the tactics involved in the push for tax parity with the other states which was played out very publicly and targeted the Government, with the active involvement of the News Limited mastheads. Politicians have very long memories, and it would not surprise if some very high profile familiar faces are missing from the new Board of Racing NSW or from its management. Stay Tuned.