TIME TO TAKE A STAND ON ISSUES THAT MATTER

The confused and dysfunctional landscape that racing in Australia finds itself engulfed in has never been more obvious. Racing’s responses to some of the most fundamental and critical issues facing the sport is evidence of an anarchical state that it finds itself in – the result of an identity crisis, which begs a fundamental question: What does horse racing stand for?

It is easy to be dismissive, as many in racing do, of such important and awkward questions, with responses that seek to define racing as a sport with such a unique point of difference to other sports that it demands “special” treatment. That it demands to be treated through a prism of thinking that belonged to the last century.

Change and technology has- and continues to- challenge every sport just as it has done to business and commercial life and even to social attitudes, which are unrecognizable in today’s environment from what they were just a couple of decades ago. 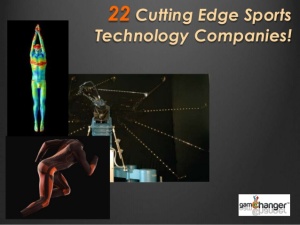 These evolutionary changes have been on racing’s doorsteps, and, typically, and sadly for racing, have never been exploited proactively. It is the point of difference between horse racing and other sports.

And yet, racing has a very powerful narrative in many areas of integrity. It has pioneered the exposure of a raft of performance enhancing drugs and insidious substances and the manipulation of outcomes of competitive sport, demonizing them in an admirable way.

But racing has been deafeningly silent on a suite of worthwhile initiatives which have been hastily adopted by just about every other mainstream sport, and, in the process, has “gifted’ the moral high ground to its competitors to such a degree that the question now asked of racing in respect of its identity and integrity is, “So what is racing doing about it?”

Fundamentally, these questions relate not just to the key areas of integrity, but to its relationships with the community. These relationships are so awkward that, predictably, they evoke responses and perceptions that racing is fundamentally only to be tolerated for what it can offer, socially, and, for narcissistic reasons, for a very small section of partygoers in the community who emerge from hibernation during the increasingly small window of opportunity when racing commands headlines and attention during carnival time. 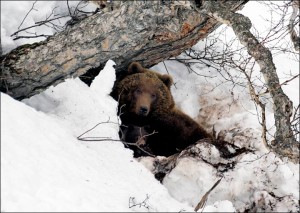 Racing is no longer the only game in town, not just from a social or leisure perspective, but, worryingly, from a wagering perspective. And to add to the worry beads that Australian racing is increasingly wearing, sports betting has never been conducted under racing’s exclusive and protected umbrella. The deregulation of wagering has not only opened a Pandora’s box of opportunity for the corporate and non-pari-mutuel operators, it has permanently changed how sports, which are wagered on, connect with potential customers and communities. 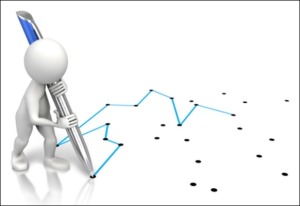 But with challenge comes opportunity. And with opportunity comes challenge. It’s a double edged sword with fruitful rewards of success waiting in the wings.

For racing it is a challenge, the like of which it has never experienced before. Sports wagering and a fertile environment of double digit growth enjoyed by a very commercially savvy corporate bookmaking sector has produced an avalanche of ”open cheque book” advertising and marketing spending across all media and digital mediums.

Whilst this unlimited and uninhibited marketing and advertising spend has bought market share for these corporate bookmaking heavy hitters, it has also created a noise pollution factor through the mainstream media, and, increasingly, through its on-line and digital cousins of such significance that it has triggered a growing backlash that saturation marketing and advertising campaigns inevitably deliver.

The sleeping giants in the community, wedded to the past, to tradition and conservative values, and have more in common with the “wowser factor” over the “wow factor”, have woken and are marshalling their forces in a “good versus evil” battleground.

The success of this lobby has been played out publicly in the backlash that Tom Waterhouse copped over his saturation campaigns for his bookmaking business, and which invoked a raft of self regulatory mechanisms, which the sector imposed on itself. It’s always better to self-regulate than have regulation imposed by bureaucrats knee jerking to political pressure.

It’s an environment ripe with opportunities for racing, but only IF racing can ever get its act together and define what it stands for and dig up the noxious weeds which are growing in its front and back gardens. It’s called getting one’s priorities right, being proactive and taking a stand on the issues that count.

The problem for racing is that it just does not know how to apply such basic business and communications strategies to its relationships with its customers, with government, with the community, within its own backyard and ultimately get it right. It is what other sports are able and keep getting it right and can define their point of difference in an increasingly cluttered and highly competitive environment.

Having gained a perception and reputation for being reactive, bureaucratic and being unable to “read” the expectations of its own customers and the vast numbers of non-racegoers in the community, if racing is to seize the opportunities, it must identify these expectations and address them post haste.

Drugs, Race Fixing, Market Manipulation, Criminal Infiltration – all Integrity issues- must not just be dealt with on an on-going “red alert” basis, but racing must do what the football codes do and issue a Report Card each season which is not only transparent, but convincing to its own community, its customers and to the community and to Governments that it is in control of the threats and challenges which it faces.

It must also meet head on and confront the duplicitous elements that continue to actively undermine it under the guise of the noble and ethical values of “animal welfare”. That is not to suggest that it keeps digging a hole for itself over such contentious issues as the use of the whips, jumps racing and medicating horses. No, racing must explain itself and communicate on these issues much better than it has done and continues to do to the community at large.

Perhaps the biggest challenge for racing is to determine how it can present itself as, and actually be, a genuine entertainment option. Sport is Entertainment. It has always been so, it’s just that it’s taken a bloody long time for it to recognize the reality. Wake up!

For racing, yes it’s all about the many positives, the quirky “feel good” stories, but it’s much, much more. It’s about providing an environment for enjoyment.

Unlike many of its competitors, racing allows gender differences to smash through the glass ceiling. Gender interaction and equality are not just encouraged in racing, they are a reality. It is a huge USP for racing, which it should be shouting from the rooftops.

Racing has always, and will continue to bring joy and happiness to the lives of many. It just needs to bare its soul a bit more than it does and take the non-believers for the ride of their lives.

It’s not just the usual suspects among the Sydney training ranks who are making noises about the “Wallerization” of Sydney metropolitan racing. One of the more bizarre suggestions this week, with tongue firmly planted in both cheeks, was for a race for Waller runners only, prize money to be stumped up by his “rich list” of owners to compete against each other for the spoils.

Absurd and bizarre as it might be, it is reflective of the mood of the NSW racing community about the state of racing in Sydney and the growing concerns about the dominance and impact of Waller on Sydney racing.

IS JOAO JOAO GETTING BACK TO WHERE HE WANTS TO BELONG? 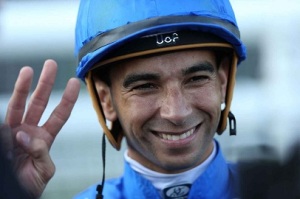 So what’s with the flying visits by Joao Moreira to ride the Godolphin second stringers in the Sydney feature spring carnival races over the past few weeks? It merely adds to the sheikh to sheikh whispers about the Magic Man’s role in the 2016 European flat racing season. And on a similar topic, the brilliant Hugh Bowman has landed a short-term contract to ride in Japan after the Melbourne spring racing carnival. Short-term contracts in Japan have a habit of becoming a string of very lucrative short-term contracts in the Land of the Rising Sun.

Plenty of speculation about the decision by the Singapore Turf Club to pull the pin on the Kris Flyer Sprint and Singapore International Cup – the two key races around which their relatively young International Racing Carnival was built around, virtually mothballing Singapore’s attempts to match it with the “big boys” on the world racing stage.

Despite the predictable “spin” about the races having achieved their goals, the reality, as uncomfortable as it might be, is that the Singapore International Races were heavily dependent on sponsorship and funding from Singapore Airlines. And theses days, apart from Emirates, the airline industry has witnessed a stampede away from large scale naming rights sporting sponsorships. Qantas, Cathay, Malaysian Airlines, and now Singapore Airlines, come to mind immediately as having dumped their racing sponsorships. And with sponsorships in racing so over-priced for what they can tangibly and even intangibly deliver, you’re surprised that Airlines are clipping their wings when it comes to their associations with racing?