Yes Peter Moody is again in the headlines, and again, as he has done post Black Caviar, for all the wrong bloody reasons. And Moody’s loyal cheer squad in the racing media continues to give oxygen to what is increasingly coming across as an illogical and irrational hissy fit. It raises serious questions about the headline grabbing motives of one particular “bogan” journalist from Rupert’s Melbourne Herald Sun tabloid and the duplicitous self-styled “multi-media” investigative reporter whose personal biases – likes and dislikes have already begun to undermine his own faux credibility. Give it a break, mate. Even your bosses are fed up of it.

Cutting to the chase, no one, yes no one, has pointed out that the treatment that one of his staff mistakenly applied to Lady Tatia on race morning, in contravention of the rules of racing, is a therapeutic poultice treatment used in horses in circumstances similar to when ice is used to reduce swelling and inflammation. In other words, it sounds like, smells like, and is an anti-inflammatory. Now, from what is commonly understood such treatments, are often administered quite legitimately and frequently as a therapeutic treatment for injuries and for the management of pain. And stating the bleeding obvious, which has been carefully concealed in the aftermath of the childish “victimization” debate, if a horse needs to be treated or medicated on race day, then it is highly questionable if it should even be running. Clearly, there is an unacceptable risk factor involved. A risk of a horse breaking down in a race puts the life of a jockey at risk. Is racing prepared to take such a risk? And then the risk of fatality is further exacerbated, in this instance to the horse, who could also suffer a career ending injury. It beggars belief that some of the sanctimonious headline grabbing media and the self-proclaimed “victims” of Integrity departments and the rules of racing can actually breathe oxygen into this debate. Nothing but a pathetic bunch of hypocritical self-serving individuals who have NO place in what was once a great sport. 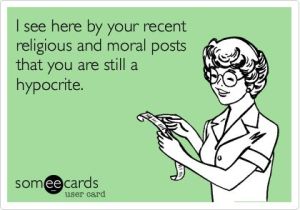 To add to this, the somewhat bizarre intervention of Chris Waller, Moody’s latest “bestie”, far from being a help, is seen as more of a hindrance by some prominent local trainers. Waller, it should be remembered, was fined by Stewards last year when Junoob returned a positive to furosemide and subsequently lost the Metropolitan Handicap last Spring to it’s stablemate and runner-up Opinion. Junoob, as it turned out in the evidence given to the Stewards Inquiry, had been wrongly treated with the medication which was intended for another horse. Waller’s “thirteenth” hour protestations about his new “bestie”, extended into a whack to the national regulator Racing Australia questioning the latest raft of rules relating to therapeutic race day medications.

Ironically, Racing Australia Chief Executive, the ubiquitous Peter “toffee tongue” McGauran in a missive from the regulator, outed Waller and other Sydney based trainers as having being consulted prior to the latest rule being introduced. So who’s playing games and for what reason?

Waller needs to tread very, very carefully. Freedom of speech in NSW takes on a different meaning to that in other states. Beside, Waller is no longer flavour of the month with many of his colleagues in Sydney. Tall Poppy syndrome, perhaps, or is it the conga line of owners who have migrated to his stable, seduced by the extraordinary run of success which he continues to enjoy week in week out? 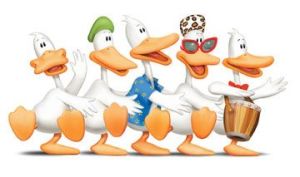 Back to Moody, his relentless use of traditional and social media to protest his innocence and throw the kitchen sink at the regulators, Integrity departments and anyone who disagrees with him and stands in his way has dome irreparable damage to his reputation and his legacy, which he cherishes. Pity. But to dismiss his rants as the result of the “immense pressure and stress” that he is undergoing to his cobalt charges is cutting him too much slack. The battle lines have been drawn and the language and arguments used suggest it is now in spiteful territory and smacks of anti-authority.

Moody is fortunate that he is not an AFL or NRL participant. His behaviour would have attracted fines and suspensions immediately. How many other sports allow their participants the freedom to attack their administrators and “umpires” so relentlessly and personally and with no sanctions and on their own industry channels?

For Peter Moody, the Lady Tatia scratching and his berating of Stewards and the regulators, is all linked to his protestations of innocence over the cobalt case involving Lidari last year, and which, unbelievably, has still not been heard. Unless proven otherwise, Moody is, at this point in time, an innocent man. His fervent defence of his innocence in administering the substance must be taken at face value. But if Moody is trying to gain public sympathy, then he is continually digging a massive hole for himself by his behaviour. And it still begs the obvious question of how cobalt got into the horse’s system.

Writing in The Australian on Friday, respected sports journalist Patrick Smith, could not have expressed it better. Responding to what he described as Moody’s “almost incoherent exchange with Shane Anderson”, Smith said: “the question is of course, does any of Moody’s rant stand up to scrutiny? The answer is a knockout ‘no’. If Moody cannot ensure the simple rule of no treatment to horses on race day then he has a serious problem. It is about as uncomplicated a rule as you will find. If Moody’s management of his horses allows such a rule breach, then it is nobody’s fault but his . He can get more and better trained staff. He could cut his number of horses to something below 100. But he can’t blame the stewards”.

The theme of personal responsibility was also echoed by Hall Of Fame trainer Lee Freedman on RSN: “ it’s our responsibility (trainers) to make sure that these matters are adhered to and that means good systems in place to prevent that (breach of the rules) as much as you can”.

Patrick Smith went further: “Moody must take responsibility for no other reason than it was his horse that breached the cobalt reading. It is not a difficult concept. A little more finessed than the rule that bans treatment on race day, but not one so difficult that it might hold a child back from moving on to Year 3”. Ouch!

Smith’s column, titled “Moody should take own tip and go” sums up perfectly the hole he has dug for himself: “Peter Moody is seriously considering giving horse training away. Here’s a tip for him. Do it. Hand over your trainer’s licence. Let the owners find new trainers for their horses. Thank your vets. Let go of the stable staff. Pack up, sell up”.

“Moody is a master trainer. But if he is thrown by the policing of the most basic of the rules then he should take his own advice and quit”, said Patrick Smith.

Can’t argue with that.

CLOUDS GATHER OVER SKY COVERAGE AND FOR TABCORP 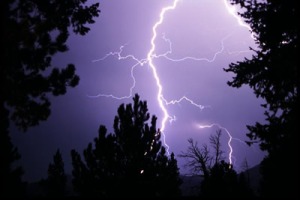 Time is fast running out for the Sky Channel and Tabcorp hierarchy to speed-read a copy of Dale Carnegie’s eponymous “How To Win Friends and Influence People”. The bitterness of the very personal row between the Sky/Tabcorp combine and Racing Victoria over vision rights which spilled into viewers Australia wide being deprived vision of Victorian racing through a dedicated channel on Foxtel until last weekend, won them no friends. If that wasn’t bad enough, their failure to address the continuing deterioration of their racing coverage on their wall to wall and Thoroughbred Central channel is evidence of a major business conglomerate that is increasingly out of touch with its customer base and equally importantly its racing industry business partners.

The dated hotch potch of coverage on both Channels, and the equally dated faces who host the coverage, reflect a business that is way out of touch with, not just its customers, but with the delivery of sports broadcasts at a time when viewers and audiences are spoilt for choice by technology and by business organizations that understand more than ever that being customer centric is key to a healthy balance sheet.

It is increasingly clear why the Victorians ditched Sky and took the bold and ballsy step and set up Racing.com with their own hard earned, and partnered with the Seven network.

The negative feedback about Sky and Tabcorp keeps getting louder and louder. When racing.com gets its act completely together – its hosts, preview and review programs, and irons out some of the technical bugs in its coverage- the pressure on Sky will be ramped up even further.

From a marketing perspective, Tabcorp continues to inflict the same inane and vacuous campaigns on its customers. Like them or loathe them, the corporates are the length of the Randwick straight in front of them. It is not a contest. The corporates are not afraid to spend big to win big. It’s the classic and increasing clash of conservative commercial organizations with monolithic public service type structures, management and thinking, challenged by modern thinking and carefully crafted risk taking strategies which deactivate risk and deliver results immediately. The balance sheets and amazing high double digit growth of the corporate bookmaking sector begs the very obvious questions that Tabcorp hierarchy must address before shareholder activists and investment funds demand answers and run out of patience with the returns to shareholders.

Tabcorp and Sky had the opportunity to protect their business arrangement with the Victorians, but played a very dangerous game and exposed their vulnerability when the wagering licence in that State next comes up for renewal.

With the Victorians partnering with Seven, who have not denied an interest in diversifying their business into wagering, and through Racing.com further distancing themselves from Tabcorp with partnerships with James Packer’s Crownbet and the UK powerhouse Ladbroke’s, if Tabcorp can’t read the tea leaves, they’re in big trouble.

1 Response to THE BLUESY MOODY ISSUE