To those who might think that horse racing is littered with one dimensional people with two bit plans, the incredible outpouring of grief on hearing the heartbreaking news that Michael Owen’s Brown Panther had to be put down showed that the sport has a heart and those that follow it are its heartbeat. Reading the line, “I was with him when he was born and I gave him his last kiss goodbye” was particularly gut wrenching.

Even if one had never seen Brown Panther run or hadn’t even heard of the horse or Michael Owen, we felt that Big Hurt. It brought everything back to an emotional whole, and reinforced that special bond between man and horse and which, in the lust to win and keep winning, we lose sight of way too often. 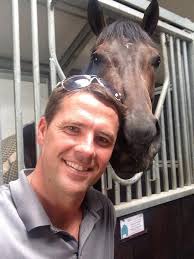 What is it about horse racing that brings us together- each of us so very different with our own rules of life and for living, but which meld into one on a race track despite the hugely disconnected lives we have led and which has now brought us here and wherever we might be? Is it all about being a passenger and spectator or part of being the Sport of Kings with those princes on steeples and all those pretty people thinking they’ve got it made and doing tricks for you along with all those jugglers and clowns?

Horse racing. She’s often a lover and a mother, and a temptress. She’s Salome’s Dance of The Seven Veils, and a wicked mistress who can leave you broken like Humpty Dumpty, only to be put together again, and take you to the highest high with those thundering hooves running through your head wearing Joseph’s Technicoloured Dream Jacket that can take you here, lose yourself there, and even play hide and seek with you in your sleep. 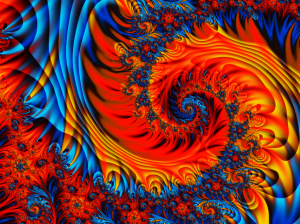 Horse racing with its colours and excitement and highs and lows and nights in white satin promising winning prizes that have never been won while Mr Jitters offers you one more con. And even though you know nothing is ever what it really is, and no one ever says what they really mean, you’re caught up in the moment. You’re lost again in the haze. You’re blinded by the light and taken in by a thousand voices speaking at you at the same time. All you wanna do is go where you’re not supposed to go cos Cautionary signs only stop you from seeing and feeling the truth.

I am in horse racing, but I’m also standing on the edge of a feather wondering whether to fly. Should I stay or should I go, and have the constant and tedious game of thrones drained me too much?

I love you, I hate you, I love you, horse racing, but I keep coming back trying to find the best in you and piece everything together – those long day’s journey into night down Thunder Road with losers, users, and dime-a-dozen enablers leaving you twitching like the trigger of a gun. There have been days and nights with robbers and thieves that left one howling at the moon, and singing, It’s alright, ma, I’m only bleeding. 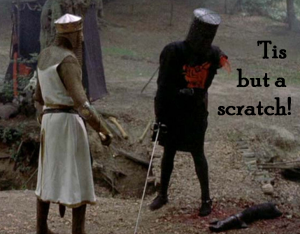 But I’m still here and we’re still standing. Brown Panther, however, is gone, but he brought us together for that frozen moment in time. He did his work on the track, and now that he’s done his work here, he’s galloped off with those ghost riders in the sky, leaving us to think, to remember and to feel something. And, maybe, to change.

Too often, horse racing forgets to make us feel. Instead, we lose sight of priorities and lose track of our emotions, and just how much of all this is intertwined in a sport that we fell in love with for all the right and wrong reasons and which we support despite its many human frailties and shortcomings.

Thank you, Brown Panther. Thank you, Michael Owen. You’ve shone a positive light on at least one person.