THE FAST TRACKER IS HOPING FOR A SIESTA SUNDAY, SEÑOR

It might have started out being How Green Is My Valley for Douglas Whyte when he won the first race of the evening on Wednesday aboard Idyllic Wind with the arrogant confidence we have come to expect and respect over the years, but that euphoria was short lived.

This was when that old Whyte magic of going for a rails run- and staying there- and darting through by finding what racing commentators always parrot as if creative menopause has set in- a “needle eye opening”- didn’t go according to plan when riding the “surest thing” of the night and tipped by everyone and their mother- the $1.7 favourite in the Richard Gibson-trained Massive Move. With Nash Rawiller keeping him pocketed on the rails in a wonderful showcase of competitive riding, and the former champion jockey without a Get Out Of Jail Free card, Whyte was not a victim of circumstances. He was, perhaps, a victim of his own doing. Or, the $1.7 on offer was a Massive Mistake.

Whatever the reason, not in a very long time has the Happy Wednesday night air been painted with a chorus of that famous Hong Kong racing chant comprising a chorus of DIIIIUUUS- a long sustained chant where even one’s mother is dragged in. Hong Kong racing fans are an unforgiving lot with short memories. 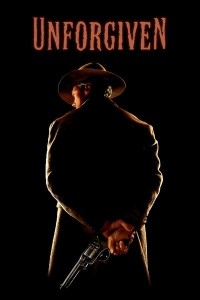 Douglas Whyte has come out this season firing on all cylinders and already has four winners on the board. His ride on Massive Move might not have been one of his best, but, then again, for the horse to finish almost eight lengths from the winner, perhaps he’s just not that good? Diiiiiuuuus and cries to Delay No More aside, what will be interesting to follow is the working relationship between Whyte and Gibson.

This partnership was said to be on the rocks towards the end of last season with even word that another leading rider had been offered- and knocked back- the job of being the stable’s retained jockey. Rumours often have some underlying truth to them. And though, outwardly, there appears to still be a brilliant bromance going on between jockey and trainer, we’re not entirely sure if this will go the distance. Time will tell though expect the team to be all over today’s card like a rash.

Meanwhile, though these are extremely early days to the 2015/16 season, it was interesting to see Joao Moreira start a $2.60 favourite in the Jockey Challenge- and not ride a winner. Frankly, with a very average book of rides, the Magic Man, surrounded yet again these days with the will-he-or-won’t-he join Godolphin fuzz ball being lobbed around, should have started at around 6s.

More importantly, what will be interesting to see is if this “trend” of having an average book of rides continues. Hong Kong owners and trainers always look for “stayers” as does the HKJC. Any whiff of a rider either constantly crying wolf about leaving, or, totally innocently, being the subject of rumours that they will, and plans are quickly made to ensure options are in place.

From what we know, family comes first for Joao Moreira and, right here and now, his family is happy in Hong Kong- happy with the city’s lifestyle and with their son’s schooling. With Hong Kong as his base, the city’s very lenient taxes, and its convenient location, the Magic Man can be the Rocket Man and make flying trips and drop in wherever he wishes to- just as long as he fulfills his contractual obligations with the Club. Joao Moreira might be Mr Nice Guy. He’s also one extremely savvy businessman jockey.

The HKJC might be seen to be dragging the chain in putting together the very best English broadcasting team in the world, and also the most effective delivery platform for this team and their content, but when it comes to jockeys and trainers- and racing executives- no one is irreplaceable as there’s a conga line beating down the doors to get in and live la vida loca in Hong Kong- and be close to Mainland China if and when the horse racing dragon awakens and breathes new fire on an industry desperately needing a wake up call. 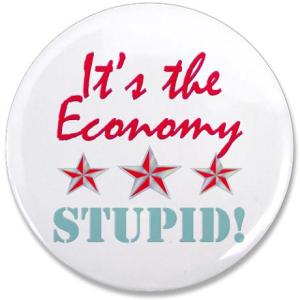 Despite the world being his kebab platter or sushi plate, we can’t see The Magic Man going poof and pulling off a disappearing act- at least, not in the near future. In fact, we look forward with great relish to seeing the Moreira-Purton Duopoly at work again with renewed vigour from a revitalised and rampaging Whyte and Gerald Mosse, who scraped in to win Wednesday’s Jockey Challenge, and both well adept at going after and securing rides.

Add to this list a strong supporting cast of riders led by Neil Callan, Nash Rawiller, Vincent CY Ho, Brett Prebble, Keith Yeung, Richard Fourie, Karis Teetan- and The Mauritian Magician has a very good chance to get off the mark today- and Chad Schofield.

The young Schofield is the joker in the pack having ridden one winner at each of the two meetings this season including the sensationally backed Yeung Sing in race 4 on Wednesday.

It goes without saying that Chad The Younger would dearly love to have his six month license here extended, and is going all out to ensure this happens. With John Moore said to be ready to throw some of his considerable support behind him, Chad Schofield could be the second line jockey to follow on almost everything he rides in the next few months.

As for today’s card, there’s an ordinary look and vibe to it with Joao Moreira having what could be termed a lacklustre book of rides- on the surface. But $1.85 for him to win the Jockey Challenge? Oh, puhleeeese! What’s even remotely interesting is whether he can ride winners for the only two trainers his magic wand has yet to yield any rabbits- Sean Woods and Almond Lee. He rides Happy Journey (Race 7 for Woods, and Octal Luck (Race 3) for Lee, and it will take some mighty divine intervention for either of these rides to salute.

On the subject of things divine, the much-traveled Divine Calling makes its debut for its latest trainer- Caspar Fownes. And though Cas has been known to perform the oracle on non-winners, give this one a wide berth and, perhaps, wait for it down the track and with Zac The Postman aboard. Jeez, many of us are missing having Purton sidelined through a slight injury to his ankle. The race meetings are almost looking like dress rehearsals while we wait for The Postman to start knocking again.

Elsewhere on the card, take Athena Baby out of the last race- surprisingly, Moreira, who has won on this galloper three times, seems to have lost the ride to Keith Yeung- and a huge Quartet awaits, whereas if Whyte, for some unknown reason shoots blanks, riding honours look very evenly distributed with some of the local riders on some strong winning hopes. For example, ten-pound claimers Jack Wong and female apprentice Kei Chiong have solid chances in Race 5 aboard Best Hope and Unique Joyful, respectively, and an apprentices quinella in this race would not be a shock to the system.

Personally, after the excellent racing at Flemington yesterday, this meeting does very little to get the motor running like a Steppenwolf song. But there are ten races to be run with ten winners to be had. Snaring one at around 8 to 1 and having a stab at the Six Up, Treble and Third Double Trio might be the way to go. Either that or drive out to Spices at Repulse Bay for a long lunch and enjoy a nice Sunday siesta with the lady friend after that. Beats spending Sunday with a ladyboy.

With absolutely zero confidence, tipped below are the following based on the jockey bookings, barrier draws and some semblance of form. Frankly, with New Amigo John Boy Blance in fine form- he was the only Amigo to tip California Bounty on a win line on Wednesday- it might be best to follow whatever he’s tipping on the Racing To Win Beggars Banquet with its almost-ready-for-prime time players.

After watching the truly awful racing gabfest out of Melbourne on Friday called “Get On” with one of the oddest collection of racing wobble heads, one must be thankful for the Thunderbirds Are Go backdrop and the Racing To Spin And Win jukebox jury.

Compared to the gruesome foursome banging away on “Get On”, what the HKJC produces is an unearthed production classic starring the Richard Burton, James Earl Jones and Alec Baldwin of racing. Perhaps when Amigo Clint “Gets On” in October, he’ll make a difference of Orson Welles proportions… 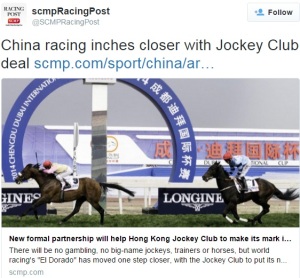 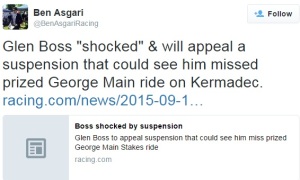 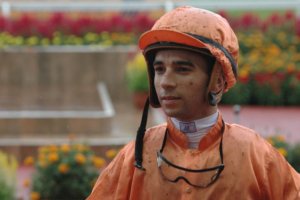 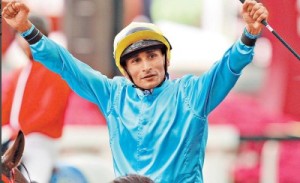 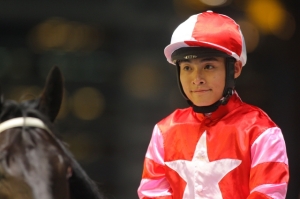