HORSE RACING IN CHINA: OF CABBAGES AND KINGS, PASSENGERS AND REALISTS 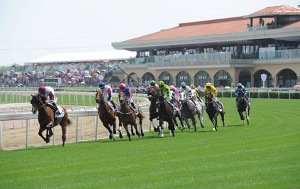 This week, the HKJC announced that it will be working in partnership with the China Equestrian Association to stage the HKJC Race Day at Jinma Racecourse in Chengdu on November 7th. This race day will be similar to race days staged on the Mainland in recent years: it will be more of an exhibition of Thoroughbred racing and there will be no betting. The major difference from previous race days is the HKJC brand standing behind the day plus the support of the Government through the presence of Mr. Ji Daoming, Deputy Director of the Cycling and Fencing Sports Administrative Centre, State General Administration of Sports, which oversees the CEA.

This is significant since much of the “information” that those of us who are from far far away know, or think we know, about the possibility of racing in China from reading various stories on the Internet (which is the only information available to us in English) may very well not be true. 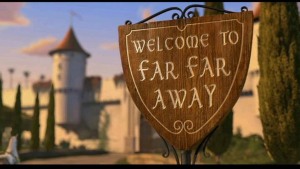 We’ve been reading about “racing in China” and about China being the final frontier of racing for several years now. There’s just one problem: What passes for horse-racing-in-China news may be just a whole lot of fantasy. 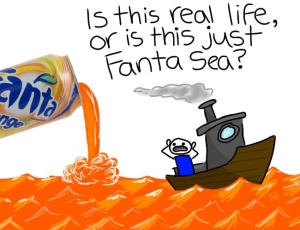 The best example of this in recent times was the story about the China Jockey Club. In 2014, there were press announcements that the Chinese Government was supportive of this effort whose spokesperson was none other than Peter Phillips, grandson to England’s Queen. Stories were published in well-respected English language papers including The Telegraph. Later, other stories emerged, from the South China Morning Post (again another well-respected English language paper) saying that the whole thing had been a hoax. Really? Reading these stories from afar, you just scratch your head and ask 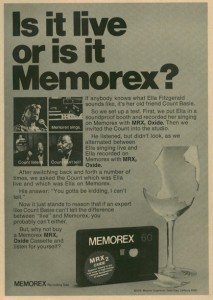 Here’s what we do know or, what we think we know. Previous race days staged in China as well as Inner Mongolia received enough press coverage that photos and stories of the day were available online. 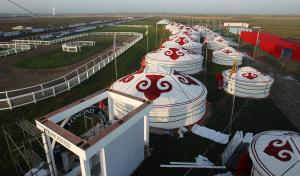 However, beyond this, who really knows? There are so many similarly named organizations including China Horse Industry Association, Orient Lucky City, China International Horse Fair, Rider Horse Co, Desert Star Holdings, and Horse China One to name but a very few. One of the most promoted is an organization called the China Horse Club, which along with horse industry giant Coolmore hosted the aforementioned race day in Inner Mongolia and describes itself as “Asia’s premier racing, business and lifestyle club offering its members and their guests peerless service, experiences and top tier racing within a luxury horseracing environment. . . Membership of [sic] the CHC is a doorway to a world of opulence and extravagance.” If you see horse racing as a luxury or elite sport this description, and what is on offer if you choose the China Horse Club’s Door Number 3, may sound very good.

China Horse Club’s Managing Director is Teo Ah Khing who is very well known in racing for designing and building the home of the richest horse race in the world, Meydan Racecourse in Dubai. One of the Club’s fresh faces is General Manager, Eden Harrington, a graduate of Sheikh Mohammed’s Flying Start Program. And, the directors of the Club are all bona-fide heavy weights in the horse industry from around the world and include Joseph Deiss, Sir Owen Glen, John Magnier, and John Warren. And yet . . . from afar, there seems to be a disconnect. The Club says it is offering extravagance and opulence but, is that what members get when they buy in? 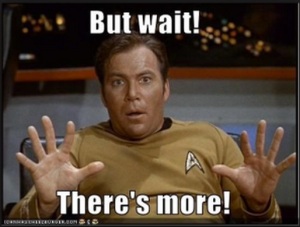 When China Horse Club’s First Seal was “crowned ‘Queen of NSW racing’ at a glittering ceremony” in NSW recently, CHC leader, Teo remarked, “The China Horse Club began with aspirations to be a club that embodied the Chinese Dream.” And, what you may ask is “the Chinese Dream?” Helpfully, Teo went on to explain: “A club that would bring people together, to help elevate Chinese onto the world stage and to do the country proud.”

“We have now won almost 100 races across eight countries,” Teo continued. “And mares like First Seal are major contributors to this success. It is through racing ambassadors like her that we are able to meet our goals and bring a new generation of Chinese into racing. For that we will always be thankful to her. As such our first thank you for tonight go to First Seal.”

In 2010, China Horse Club was, apparently, working in partnership with Dubai’s Sheikh Mohammed on a facility called Tianjin Horse City. This would have been opulent and extravagant but where is this project at today? 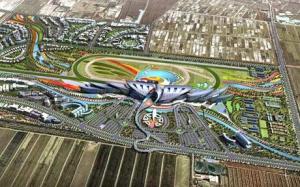 Online images make this place seem like a veritable racing Shangri-La, the perfect, multi-billion dollar venue well suited for the assumed enormous Chinese market. Delve deeper and you get a sinking feeling. Is this even a real place? Meydan Group appears to have backed out of the China Horse Club and Tianjin some time ago only to be replaced by global Thoroughbred breeding titan, Coolmore. In spite of a new partner with vast resources, the phoenix of China does not seem to be close to rising any time soon as one online forum respondent concluded in January this year:

“I found it on the map and checked it out on the satellite map. I can find no evidence of an oval of a racetrack or training track or grandstand or any other major construction in the area. I cannot find any recent press releases reporting of any progress.” 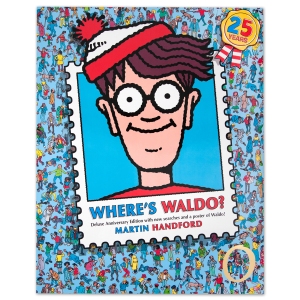 In the end, what the China Horse Club sounds like is a racing syndicate. And, there’s nothing wrong with that. Syndicates, luxury and elite, or large fractional ownership groups — here in North America, one of the most well-known are the blue collar owners of Funny Cide who all piled into a school bus to attend and watch their horse win the 2003 Kentucky Derby — are nothing new and are found all over the world in racing. 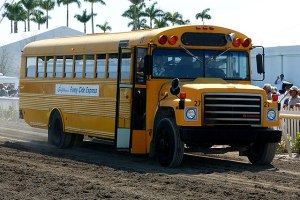 To us, simply put, the China Horse Club just looks like another way for Coolmore to sell horses. Nothing wrong with that either. However, if this is what they really are, why not just say so?

Like other parts of life and business, racing around the world has many of what an old show jumping coach called passengers. “Don’t be a passenger,” she would shout during riding lessons. “You must lead, show, direct the horse else you may not like the result.” 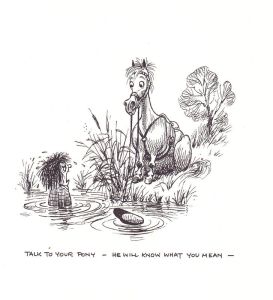 “Passengers” are people who don’t necessarily contribute in a meaningful way to anything. Some are merely reactionary, bystanders. As such, they can talk very loudly or sound authoritative but their words and actions are incongruous and the result is something that may look great but only on the surface. Others are the sweet talkers who grow all flowery and obsequious when they sense that a high degree of fawning and flattery will get them what their heart and/or wallet wants. 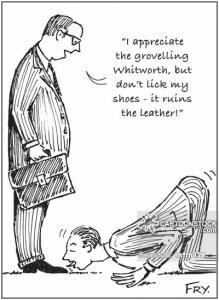 Luckily, for racing, the sport has some great contributors and leaders. And, for those of us located elsewhere in the world and looking to get a firm grip on “the horse racing in China” story, at the pinnacle is the Hong Kong Jockey Club. With this week’s announcement about working with the China Equestrian Association by providing on-site classes and training with jockeys, racing stewards and judges, as well as the development of advanced drug-testing protocols, the HKJC has shown that it is not a passenger by any definition. In a follow up interview with the South China Morning Post, HKJC CEO Winfried Engelbrecht-Bresges was positive yet realistic about racing in China.

“It is important to have all the pieces of the system in place and that is where we are starting – with a planned system of development,” he said. “It will take time to build all the necessary capabilities and I think we are looking at three to five years at least but the process of laying down the fundamentals of racing control and integrity of the system has to start somewhere.”

First on the list of “capabilities” is integrity, which is not surprising for the HKJC as this is a cornerstone of the Club’s world class global brand. This fact alone means that racing in China, as developed and run under the HKJC banner, will only take place if exact standards for every aspect of racing are in place and strictly adhered to.

Even more realism was forthcoming from Engelbrecht-Bresges as he noted that “nobody knows if there will be betting in China” and then went on to say that there could be a breeding industry in the near future. For racing fans in far off places, it’s both a relief and exciting to hear such straight talk about the possibility of racing in China. We trust that as the story develops the HKJC will not leave racing fans wandering the yellow brick road in the Never Never Land of the current players who are trying to lay claim to racing’s final frontier. 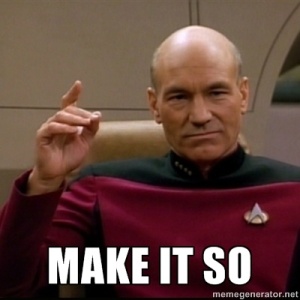