ARE THE RULE MAKERS GETTING IT RIGHT? 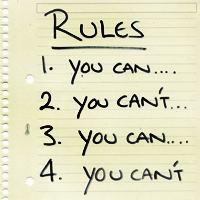 It has become a common practice these days in the Australian racing landscape for new or amended rules of racing to be introduced either nationally, or at a local level, virtually each month. Coupled with an outbreak of positive tests to a suite of mainly harmless therapeutic substances and drugs, to prohibited performance-enhancing substances, the failure of rule makers empowered with protecting the integrity of racing, and to properly communicate their reasons for rule changes, has created a massive and unnecessary integrity issue for racing.

It’s an issue exacerbated by the illogical and irrational knee jerk responses from sections of the training community, which, inevitably, produces a twisted image of a racing landscape dominated by cheats, proactively and reactively, protesting their innocence. 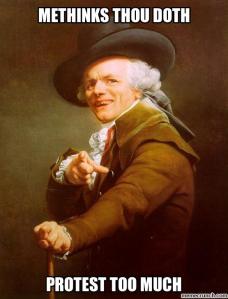 It’s a classic Catch 22 scenario with the rule makers and racing police caught up in a commendable pursuit of cheats and their coterie of often criminal cohorts, but, frequently, snaring an increasing number of careless and negligent offenders with the same outcome for the image of racing. 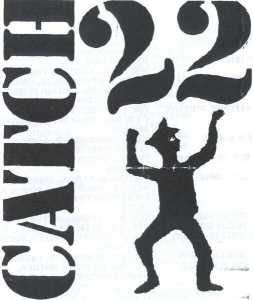 It’s a fine line and it again came to prominence with the new rule introduced last week prohibiting any form of injection being administered to a horse the day before it was scheduled to race. Understandably and reasonably, there was a predictable and legitimate response from the training community. While pre and race day medications are prohibited under the rules of racing, and have been for some time, Stewards are still charging trainers with breaches of these rules.

In Victoria, unannounced pre and race day stable “raids” have found evidence of horses being injected, together with other overt evidence of horses being treated in defiance of the rules. A spate of positives both to therapeutic and prohibited substances clearly indicates that Victorian racing has a serious problem with some of their trainers who are prepared to risk their careers and training businesses by calculated attempts to cheat the system. Some of these knuckleheads are serial offenders, which, put very, very bluntly, racing can do without irrespective of which State they are located in. 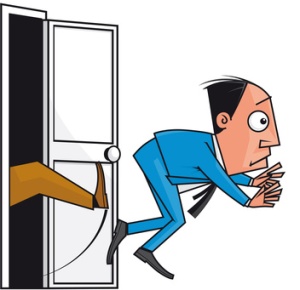 It is this offending and offensive minority who manage to keep the image of racing in the gutter, from whence most of them come from and should return to. There is no place in racing for them.

Yet, there is a far greater challenge for Australian racing authorities to identify and “nail” the cheats who are slipping through the net.

The sheer geography of the racing landscape and the extensive spread of racing and training centres and very under-resourced Integrity Departments have combined to hinder efforts to “cleanse” Australian racing of the cheats.

Recent news reports have again highlighted the active and sinister involvements of well-known criminals across all three codes of racing. One well-known criminal family, according to Fairfax media reports, appears to be operating on a “business as usual” basis, which should send the alarm bells ringing loud and clear. Criminals only operate where they can manipulate the results of whatever sport they wager on. History has proven it- beyond doubt.

One can hardly blame the racing police and the governing bodies for reacting in the way they have and introducing draconian amendments to the rules of racing.

However, the victims of rule changes are, ironically, those who abide by the rules, and, most importantly, the hapless owners whose horses are denied simple, safe and legitimate treatments or invasive diagnostic procedures to enable them to be assessed or treated with these therapeutic medications, which don’t have a sinister performance enhancing or retarding capability, and are, consequently, unable to compete in races.

The culture of cheating and manipulation of the results of races is exacerbated by the business model under which racing operates.

Australian racing has been economically dependent on its wall-to-wall, 363 days of tri-code racing. The three codes of Australian racing are addicted to this model, and its way too late for rehab. Racing does not own its fundamental funding stream – wagering. It operates on a joint venture arrangement with its totalizator operator, and on a revenue sharing arrangement which is heavily slanted in favour of its joint venture partner. The wall-to-wall model demands a large volume of horses, trainers and jockeys and support staff as well as industry resources to make it happen. And this is where problems begin to magnify. 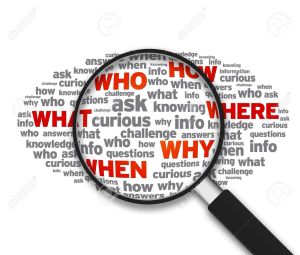 The returns to the racing industry from their joint venture wagering partner, from licensed corporate wagering operators, from vision and all other sources of income, has to be distributed across a wide and disparate group of employees, stakeholders, contractors and the like. There are many mouths to feed and not enough food to go around. 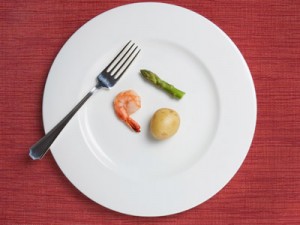 Given Australian racing’s operational model and structure is locked in permanently, it demands racing administrations to make tough, and some very unpopular decisions to drive efficiencies across every aspect of their business models and structures. And this must include such highly unpopular decisions as rationalizing the number of race tracks and, heaven forbid, downsizing the number of trainers.

The anecdotal evidence in NSW, Victoria and Queensland, in particular, is indisputable – the large volume of licensed trainers makes financial viability an impossible dream for many of them. Desperate circumstances can produce desperate, and often, disastrous responses.

Sadly, the history of racing is littered with unsavoury stories of the consequences of such desperate behaviour.

Racehorse trainers face the same challenge as many business enterprises do – grow or go under. And in racing, the successful training businesses are the ones which have got their business model right.

As any trainer in Sydney or Melbourne will attest it’s a cut throat business, which is all about viability and survival. Like most successful commercial business enterprises, a successful training business must be based on sound business principles of growing the all important bottom line, of generating and maximizing income. In racing it translates simply into training winners which, in turn, generates prize money – the foundation of a successful training business. But it also requires a broad and financially viable client base of owners and syndicates.

The cost structure of Australian racing is unsustainably high. It is a significant disincentive for investment in racing. It is also a perilous catch 22 for training businesses, which, often, are forced to invest back into their own businesses and become their own major clients.

Racing’s Governing Bodies and administrators must, out of necessity, face up to and make hard and unpopular decisions – not just for the betterment of the racing industry, but also for its stakeholders – to save them from the financial, personal and professional abyss that their impossible dream can drag them into. But, like politicians and Governments, brave men and women in racing are almost an extinct species. 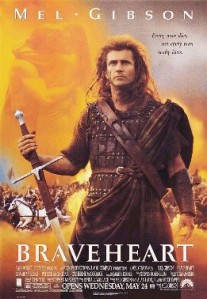 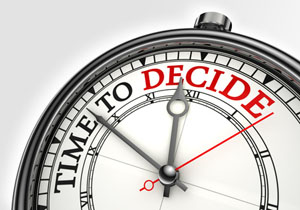 As Racing NSW Stewards began hearing submissions on penalties for those charged with a raft of offences associated with positives to cobalt returned by horses trained by Sam Kavanagh, mercifully for racing, and, ultimately, even for those charged, the saga is drawing to a close. Hopefully. 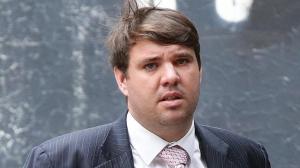 Media reports of the hearings for Sam Kavanagh suggest the severity of the penalty is the area on which his legal team is focussing on. The plea for leniency is understandable, but, ultimately, it’s about semantics.

The wide publicity given the case in both the racing and general news media, and the distasteful and almost contemptuous disregard for the rules of racing and its integrity, makes exercising leniency a huge ask. The implications for consistency in penalties become even more important given there are five “amigos” also facing severe penalties arising out of their involvement in this unfortunate saga.

Across the border in Victoria, the directions hearing into the charges faced by Peter Moody has taken an interesting twist with his legal team granted an adjournment by Victoria’s Racing Appeals and Disciplinary Board till later in the month to determine how- and if- they will contest the serious charge of administration, based on challenging the science of cobalt as a performance enhancing substance.

If Moody elects to contest the administration charge and challenge the science, then it is expected that the charges won’t be heard until December. Alternatively, if he decides against this course of action, the charges will be heard in early October. 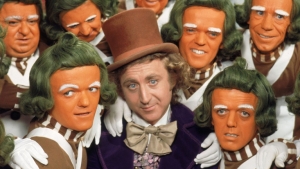 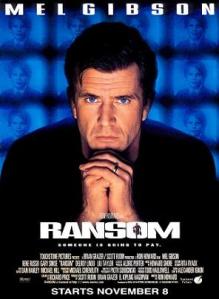 Victorian racing is finally back on Foxtel with the broadcast of the Racing.com – Seven Channel 78 to commence this weekend on the old TVN Channel. It is understood the roadblock in green lighting the Foxtel access for the Channel 78 coverage was a delay in Tabcorp’s signoff. Payback perhaps for the Victorians going it alone and not signing off their vision rights to Sky Channel?

It appears not all the major Hunter Valley studs are as vociferous in their condemnation of the proposed mining of the Hunter as those that are in close proximity. Could it be another case of racing politics, and dare we say it, self interest?

Wonder if the Inner Mongolia Rider Horse Industry – the owners of Mongolian Khan, one of the early fancies for this year’s Melbourne Cup, will be tuned into a broadcast of the Makybe Diva Stakes at Flemington on Saturday? Mongolian Khan is one of the most promising stayers around, and being a dual Derby winner, is regarded as one of the main hopes of repelling the European and Japanese challenge this year. 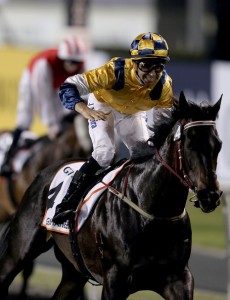