THE NEW HK RACING SEASON (AND THE CHALLENGES AHEAD)

The boys are back in town, and the well-known jockeying for rides have begun in earnest with the leading riders trying to get a jump start on everyone else, an exercise that can make it crowded at the top. Trackwork has started in earnest along with barrier trials, and the obligatory bai sun ceremonies to ask the gods for a successful new racing season.

Of course, to the average racing fan, they’ll be looking at the Batman and Spider-Man of Hong Kong racing- Joao Moreira and Zac Purton- to dominate the season as they did the last with the usual group of trainers- Moore, Size, Fownes and Cruz- again, saddling up the most winners. Those are a given, but where could there be some surprises as it can get both lonely and predictable at the top? 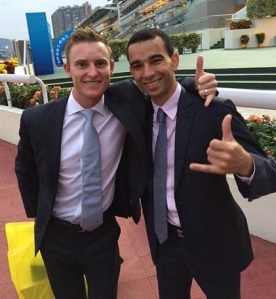 With his last-minute reprieve to stay on and continue his riding career in Hong Kong as the stable jockey for Manfred “Do Wah Diddy Diddy” Man, that swordsman extraordinaire and brilliant rider when in the mood- Gerald Mosse- is certain to make his presence felt. 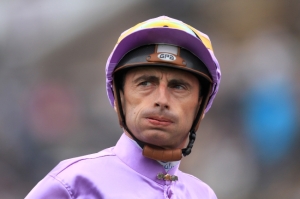 That incredible winning run towards the end of last season proved that the great French rider has lost nothing when it comes to his god-given talents as a rider par excellence. Mosse reminded us of that last season and if there will be someone to break up the Moreira-Purton duopoly, it will be him. 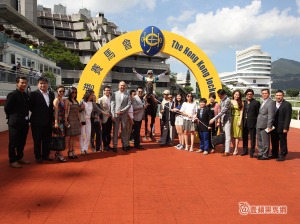 Gerald Mosse has been in Hong Kong a very long time, he knows how everything works, and has a very loyal support system amongst owners and trainers. He could turn that duopoly into a three-ringed circus- and don’t be surprised if he gets on some rides that appear to be a “lock” for others. This would shake things up, and stave off any signs of monotony setting in.

Both Brett Prebble and Neil Callan will be right there in the firing line whereas Dougie Whyte, with that unbreakable record of thirteen consecutive Hong Kong Jockey Premierships under his belt, will continue with his business strategy of focusing on winning the big Group races. 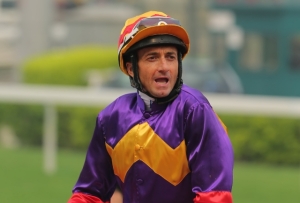 With his association with Richard Gibson over, what’s intriguing to watch will be who wins over the affections and loyalty of big-spending owner- and somewhat mysterious and polarising figure in billionaire Pan Sutong. 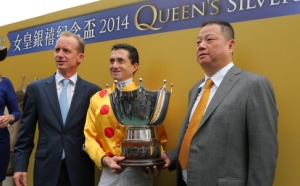 Whyte and Gibson combined to provide the owner with a great entrée to racing, thanks to Akeed Mofeed. Some of Pan Sutong’s purchases since have raised eyebrows, and it would be an understatement to say that these haven’t exactly been Group 1 winning gallopers. 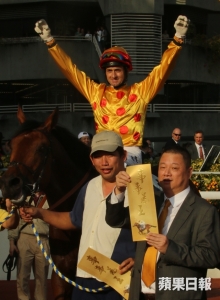 With his publicly listed company- Goldin Group- having taken a massive beating on the stock market a few months ago- and which didn’t faze him the slightest- plus his ongoing investments in wineries in Bordeaux and Napa Valley, and plans to bring polo and, er, lawn bowls, to Mainland China, it remains to be seen just how committed he is to racing in Hong Kong. He obviously doesn’t need the money. Face, maybe.

Elsewhere, many in Oz will be watching to see how young Chad Schofield does- and where the stable support will come from. Opinions in Oz- and opinions amongst those in racing in Oz are never in short supply- are divided with Team Chad saying he’ll hit the ground running whereas others. who veer on the cautious side of pessimism, believing he will be swallowed up by those with experience about the quirks of riding in Hong Kong- and succeeding. 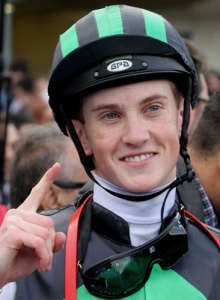 Let’s get real here, and understand that right up there is the magic of Moreira and his ability to ride extraordinarily light, and the enormous talent of Zac Purton plus his unshakable confidence in himself. Perhaps add Mosse to make it an axis of domination with right behind them being Whyte, Prebble and Callan.

After that, the field falls away to include lightweight riders Karis Teetan and Richard Fourie plus Nash Rawiller and some decent local riders in Vincent Ho, Keith Yeung and Derek Leung. The riding ranks are top heavy with talent while being crowded lower down the ladder. The same can be said of the training ranks. 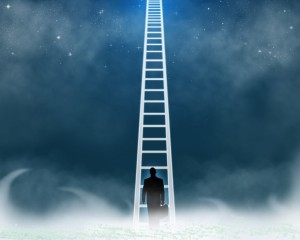 Beyond the elite world class roster of trainers and jockeys, and the increasingly acknowledged internationally recognized quality of equine talent, the new season brings a whole set of challenges to the unrelenting commitment by the HKJC to maintain, not just its position as the most successful racing jurisdiction in the world, but to actually keep the momentum going. 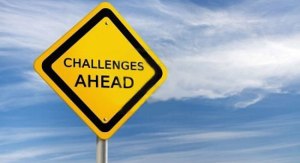 Fortunately for Hong Kong, its leadership recognizes the challenge. It was articulated in a simple yet forthright way by Chief Executive Winfried Engelbrecht-Bresges at his end of season review of racing. 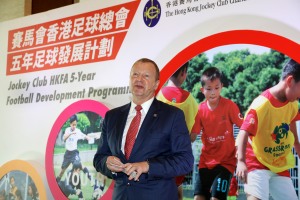 The world has already become a very different place from the season only just recently past. It does not require an economic or financial analytical genius to understand that every aspect of life in the universe will be held to ransom by the outcome of how Mainland China deals with the raft of challenges provoked by its multitude of economic woes. 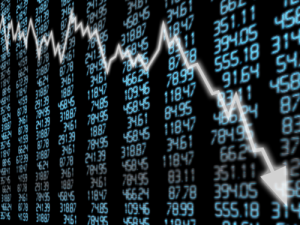 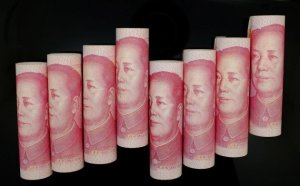 For Hong Kong racing, its implications have been flagged in last season’s review. It’s a head start. Knowing what you’re up against gives you the opportunity to be proactive in responding. It’s about knowing your enemy. It’s a strategy that, for example, Australian racing does not, or refuses to understand, while there are other racing jurisdictions out there that make dull stabs in the dark to pretend to look like clever little boys. They’re not. 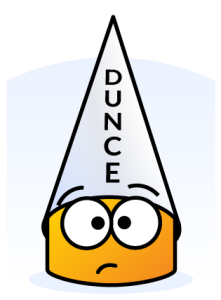 Nevertheless, with a taxation regime- one of the most imposing on a racing industry anywhere in the world- firmly locked in, any negative impact on wagering revenue and income will, as is the norm, be met by a steely-eyed response by the Government. The responsibility is, as always, with the HKJC to make whatever adjustments may be necessary to maintain its profitability whilst still writing out the same-sized muchos dolleros cheque laden with zeros to the Government.

It places even more importance on getting co-mingling arrangements right. And that is an “easier said than done” scenario when dealing with partnering jurisdictions, which, through their own ineptitude and dysfunctional models of governance and administrations, and, at times, self-serving agendas, are failing to understand and embrace the realities and benefits of global racing and, more fundamentally, the global marketplace.

Think Australia, and you have sobering and real time evidence of a dysfunctional industry masquerading under a federal system of government.

For-co-mingling to work in Australia, it requires an unequivocal buy-in by the “big two” States – Victoria and NSW- and for their wagering partner Tabcorp. While NSW continues to bicker over the “value” of co-mingling and their share of the pie, Tabcorp continues to refuse to exploit the financial opportunities that co-mingling could deliver with a proper marketing spend.

It’s yet another glittering example of “talking the talk” but failing to “walk the walk”. The end result is that co-mingling, which could potentially deliver millions if not billions of dollars to the bottom line of co-mingling partners, is being held back by one of the partners. It begs a broader question: Does anyone understand the opportunities that a global betting pool could offer to racing and to punters? 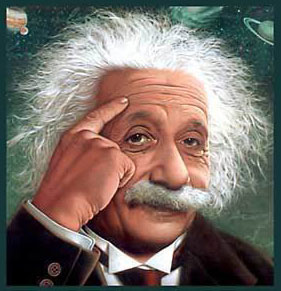 One organization which understands globalization, and, for whatever reason that might be, is a relatively “new” kid on the block – a marketing savvy upstart called the China Horse Club. 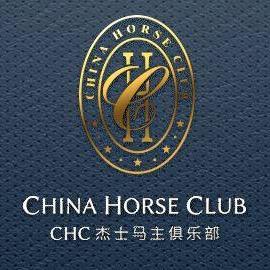 Apart from the name, little, if any, is known about the Club’s structure or operations or business model or membership.

From the little that is known, it appears to have unlimited funds, and is a serious player in the purchaser of talented horses with serious stallion making potential. 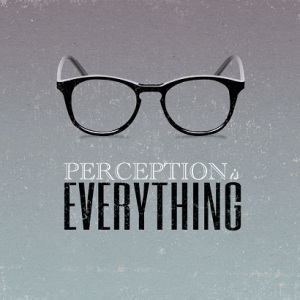 The China Horse Club has partnered with some big hitters in racing and breeding. Coolmore, and the Queen’s Racing Manager John Warren, have developed close partnerships with the group, while they have joint venture relationships with stallions with the established Vinery Group and Newgate farm, both located in the Hunter Valley in NSW. Their racing stock is spread amongst the who’s who of trainers in NSW and Victoria.

It is speculated- and perceived- that the China Horse Club has established a strong presence in developing and harnessing the ultra lucrative Mainland China market, successfully tapping into the untold wealth of the multi-millionaire and billionaire offspring of the China Boom, so desperately keen to leverage their new found treasury on the prestige that sports ownership can offer them.

Arguably, their first port of call would be their own backyard, but China has shown little interest, to date, in a serious throw of the dice in establishing a racing industry. 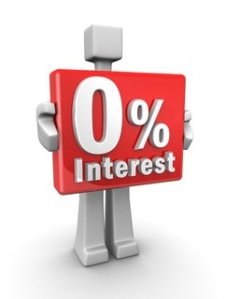 The most obvious port of call is Hong Kong- and it is one which would be coveted by the China boom “baby boomers”- but the obvious roadblock is the constraints on racehorse ownership aligned to the very successful business model of two tracks, two race days, and a restricted roster of trainers and jockeys.

Clearly the “less is more” model works-and works brilliantly. Hong Kong racing does not suffer from fatigue of wall to wall 363 days of multiple race meetings. And yet it also provides the opportunity for organizations like the China Horse Club to exploit the aspirations and ambitions of a society that has emerged from centuries of misunderstood hibernation, and is ready to flex more than its economic muscle.

The new Conghua project will add another dimension to Hong Kong racing, and will further strengthen its racing and broaden its core participant base across all sectors.

It may accommodate and appease the aspirations and ambitions of Mainland Chinese society.

It may be an important first step. It’s going to be an interesting and competitive season- on and off the track. 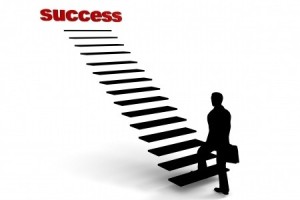