One of the oldest restaurants in Hong Kong, and certainly the only reminder of Wanchai’s colourful past, Cinta-J is a very popular hangout for working girls from the Philippines before their long grind starts, older expat guys with their Filipina girlfriends and wives along with some musos performing around the area. The menu is extensive with Malaysian, Indonesian and Filipino favourites- Adobo, some of the best Satay and Beef Rendang in town, a very good Nasi Goreng, and various curries. 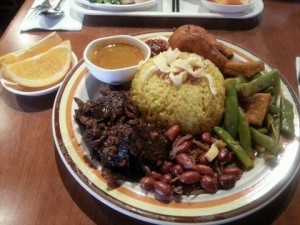 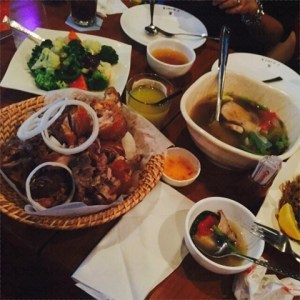 The portions are big, the prices are low, the service by some of the oldest waitresses in any restaurant in the city is friendly and helpful, and you get a very kitschy and camp floorshow thrown in, thanks to a trio performing current hits, and where you’re welcome to get up onstage and make an arse of yourself. Gawd knows we have done exactly that many times after a Happy Wednesday night, where we have, for reasons only understood at the time, followed onstage some incredible professional singers. Great fun albeit in a kinda perverse way, and the right tuneup for a walk on the wild side in the Wanch. 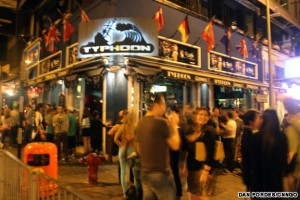 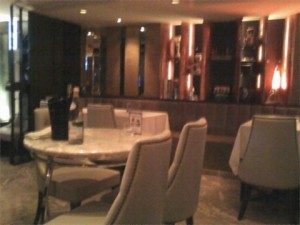 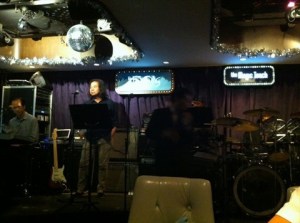 This must be the weirdest karaoke joint in the world. Wait I lie: Seoul has the weirdest karaoke lounge in the world, where one can sing, and then take a break by dining on a buffet spread over the bodies of three stark naked females. But Sixties, formerly Fifties in its previous incarnation at its former venue, has its own Blue Velvet/Twin Peak’s weirdness minus the clowns, Dennis Hopper and midgets.

Here, with a decor that can only be described as Tacky Gauche, one can go onstage and sing most any song while being backed by a ‘live’ band. Well, kinda alive as they’re all, let’s just say, very mature gentlemen. In fact, their previous drummer died on the job. Literally. While you sing with an iPad in front of you showing the lyrics, a strange assortment of regulars dance the cha cha to your warbling. This particular conga line is usually led by tai tais- rich, married or divorced local socialites with their subservient toy boy dancing partners- most of whom bat for the other side.

We’ve been to Sixties many many times with some pretty famous musos, and we have never ever been let down when it comes to expecting the unexpected. It’s cool, man.