In these Racingb*tch Short Cuts: Streaming, Sgt Bilko and The Big Kevinski

THE ‘LIVE’ STREAMING OF RACES: WHY PAY? WHERE ARE THE INCENTIVES TO WATCH?

When the app called AUSRacing was blocked last year, many of us outside Oz and New Zealand shed a little tear. After all, for absolutely free, for over two years, we could watch on our smartphones every city and provincial race in Australia, seven days a week, tune into all the offline chatter when there were commercial breaks whereas the overnight odds and tips shown were deadly accurate and- again- free. How did the people behind the app make any money? Perhaps they didn’t? Why did they make the app available? A Robin Hood complex? 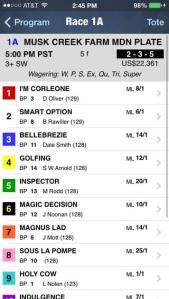 Alas, proudly showing the app to an aghast Bruce Mann during his very early days with TVN, no doubt brought an end to this service. This leads to the ‘live’ streaming of races and, more often than not, having to pay for this service. But why pay? Surely, the streaming of races benefits wagering- and if so, why should anyone pay for this, especially, when, at least, in the US and North America, the streaming of races is cobbled together with intrusive advertising and pathetic picture quality? But the quality of service aside, horse racing better understand that in this day and age of Anonymous, Wikileaks and characters like Kim Dotcom and the ease in which hackers are able to break into any industry like the copyright-based music, television and film industries, where today every new TV series and even film can be downloaded for free from sites like Pirate’s Bay, free porn sites are at everyone’s, well, fingertips with online dating site Ashley Madison recently having its data base stolen and made public, the subscription based ‘live’ streaming of races is a flawed business model.

If anything, this service should actually be offering customers- established and new- more incentives to actually WATCH the races- not turn them off with a product that’s lacking in any bells or whistles.

On a more foreboding note, beware the Ides Of March, and beware the hacking of wagering sites on a major race day. Not to be harbingers of bad tidings, but it will happen. And sooner rather than later. Wait: This might actually be what’s needed to wake up an industry often asleep at the wheel until whacked from behind.

HATS OFF TO THE SNOWDENS AND WHO’S SGT BILKO?

At a time in Oz racing where many are walking on eggshells to back horses from many stables with some degree of confidence, and those times where one wouldn’t know a corporal from Sgt Bilko and who’s really running things, two trainers stand out to us for their lack of bollocks- Darren Weir and the stable of Peter and Paul Snowden. 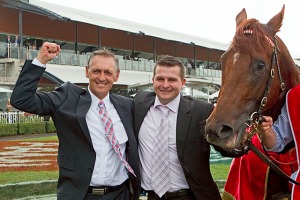 Weir comes across as a good, knockabout bloke who’s there to win races- wherever they are- and with young Chris Parnham offered a huge career opportunity to ride for the popular and successful trainer alongside Brad Rawiller.

As for Team Snowden, listening to Peter Snowden being interviewed last week on The Big Breakfast’s Industry Tuesday segment reinforced our belief that here is a man with great integrity, enormous pride and passion for his chosen trade, and absolutely lacking in bullshit. Unlike some trainers we hear prattle on and paint a rosy picture of every horse to hobble outta their yards, Paul Snowden- and son Paul- are measured in what they say, and, actually, try to steer punters towards a winner. It’s different to tipping every one of their runners, hoping something sticks, and then exclaiming, “See? I told you so!”

As for not knowing corporals or majors or private parts from Sgt Bilko and Dick Van Dyke and Mary Tyler Moore, there’s one stable in NSW with a huge flashing DANGER sign to it. After watching the ride on one of its runners- a drifting favourite in the betting- at last Thursday’s Hawkesbury meeting, we can understand why.

Then again, when serial cheaters form a brotherhood known by too many, what can one expect? And they cry foul when licenses to train or ride overseas are knocked back? Please. When  these people find backdoors to do business, it makes a mockery of whatever “system” exists, and is also a slap-in-the-face to all those hard working professionals out there playing by the book, and trying to win on what they hope is a level playing field. Sadly, it seldom, or never is when serial rortmeisers are at work.

BIG KEV TO RIDE IN AND CLEAN UP THE TOWN?

“The Rules of Racing are not worth the paper they’re written on” were the telling words that came through to us loud and clear last week from a group of journalists with nothing to do with racing, and a High Court magistrate who have been following all the various charges being laid on individuals like a deck of cards by racing clubs in NSW. Hearing this and loud rumours that our very good friend- Barrister Kevin Egan, pictured below- the hugely respected Hong Kong-based Aussie who has defended many in the racing world- and very successfully- including Chris Munce, Zac Purton and Neil Callan, has been approached to defend at least two names recently having had charges laid against them prejudicial to the Rules Of Racing is an interesting one. It throws one very big cat amongst some pigeons who should be scared- very scared.

Big Kev is one of the smartest lawyers we know. He has a proven track record for taking no prisoners, and doesn’t always play by the rules- in the best possible way- for the benefit of his clients. If he were to enter the arena as the defence lawyer for some of those charged, and these cases end up in a court of law, we wouldn’t be the least bit surprised to see defamation of character and libel action lawsuits coming at certain racing clubs that will make old Rumpole’s head spin faster than one can say, “Sue the bastards.” 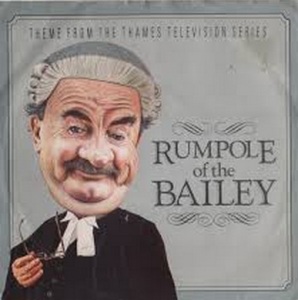 It makes for an arresting Sideshow Bob to what has become a non-stop circus of truths, half-truths, serial cheaters, “Vitamin Vets”, canaries throwing everyone under the bus, and laws unto themselves with “Send In The Clowns” being its theme song. The madness must stop. And Kevin Egan could well be the one to bring some sanity to proceedings- and some kinda closure to what’s increasing looking like being a comedy of (legal) errors. 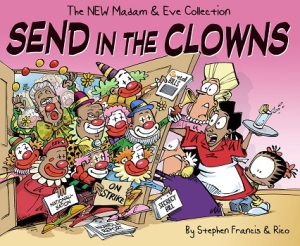