THE LESSONS NOT LEARNED ISSUE

The AFL’s gob-smacking six year $2.5 billion deal with the Seven Network, Foxtel and Telstra for media and broadcast rights is a sobering reminder to the Australian racing industry of just how much of a minor player it is in the market place of sports media and marketing. 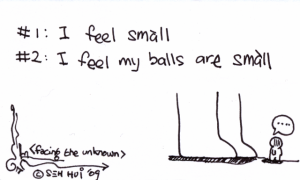 The AFL played its high stakes game of poker very, very well. It’s not often strategies play out so well and to script, but the AFL pulled off a well executed financial strategy and coup that left some of its rival codes – the NRL, in particular, looking like the amateurs that they really are. They used an unexpected gift from the NRL genie to their maximum advantage, and in the process, secured the patronage of Rupert Murdoch as their number one cheer leader. No mean feat whichever way it is looked at.

The Seven Network, under the astute leadership of Kerry Stokes, has gone from strength to strength as Australia’s premier free to air network, acquiring rights to a diverse portfolio of sports, with the AFL and the Australian Tennis Open their flagships, followed closely with the signature racing carnivals, and, specifically the Melbourne Cup, and Spring racing carnivals. Seven has also demonstrated its understanding and willingness to- and gawd knows, we’ve been banging on about the importance of this- joint ventures with specialist partners and allies and “tie-up” the media spectrum. In the scramble for the AFL broadcast rights, Seven’s only serious competitor – the Nine Network- managed to blindside itself with its broadcast rights deal with the NRL – the AFL’s strongest competitor, by excluding the pay-tv and internet mediums – Foxtel and Telstra from the deal, which netted the NRL just under $1 billion, meagre pickings when compared to what the AFL was able to triumphantly gloat over.

Incandescent with rage at being excluded from the code it had become almost “life partners” with, Uncle Rupert not only had a massive dummy spit with the NRL, but went one better and threw the big bucks at the AFL that it could not have imagined. It’s left the NRL massively wounded, terminally, as some have observed. 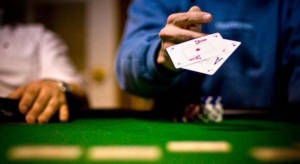 Like racing, in so many ways, the NRL has managed to ambush itself. But unlike NSW racing, which continues to stubbornly and arrogantly trip over itself and is hellbent on getting to the bottom first ahead of its arch enemy in Victoria, the Victorians have actually roiled the dice, opened their cheque books and taken a calculated risk to move away from putting all its eggs in the one basket and continue to preach to the rapidly declining market that is the converted. Whilst the financial risk for Seven is nowhere near as great, the Seven Network is opportunistic enough to understand a far bigger picture – a picture that could involve the lucrative Victorian wagering licence when it comes up for renewal in the not too distant future.

Where racing in Oz, however, continues to operate and negotiate on a fifties model as state based entities, all other sports – the AFL. Cricket, the NRL, Soccer and so on, aggregate their broadcast and media rights, nationally. It is their point of difference borne out of the necessity to maximize their value. But racing just doesn’t get it. It presents itself as a dysfunctional sport with no cohesive strategy or business plan- nationally. Hell, Australia still doesn’t have a national tote pool! It speaks not with one voice, but with several. It’s crazy voices inside its own crazy fucked up head stuff. 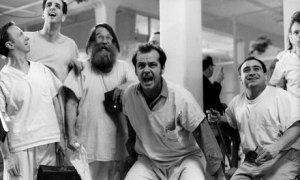 The media can’t understand, Governments don’t either. Nor does the business community. The only segment which does understands it are the power brokers in racing. And they’ll throw the most convoluted arguments to justify their self-serving agendas. Where other sports set out to remove- and very quickly- roadblocks retarding growth and progress, racing is content to live with some of the most glaring and reconcilable retardants to its prosperity and relevance in the modern socio-economic environment. Racing administrators are just so adept at making the reconcilable irreconcilable. 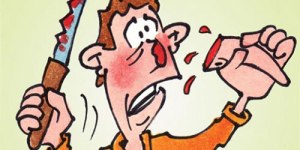 The AFL deal really puts where racing is into a very sobering perspective. Where NSW and Victoria struggled to get $20 million for their media rights from the Tabcorp/Sky partnership, and the NSW rights have literally been sold for “twenty pieces of silver” with some of their vital body parts thrown in as well, other sports have a more attractive and well-aligned product which they can offer networks and online providers. Sport in Australia rates and many codes- except racing- seem to understand this fundamental reality really well. For the Victorians, the opportunity with the Seven Network is unlikely to come knocking again. The challenge for Victorian racing administrators is to get it right. And that is not an easy task for racing. An imperative will be to get the right management and leadership at Racing.com. Get it wrong and hell will not freeze over. 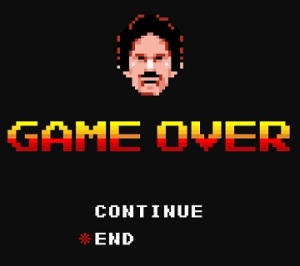 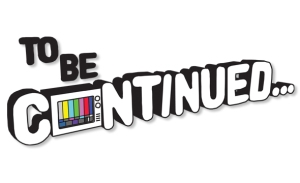 Former TVN tipster Brent Zerafa, now a member of the Sky commentary team, is the latest NSW racing identity to be issued with a charge of conduct prejudicial to the image of racing arising from the continuing cobalt investigations into the Sam Kavanagh stable.

All these charges and charges and more charges. One has to wonder how iron-clad many of these charges will be in a court of law? Forget the conspiracy theories that account for nought in legalese and should remain on Twitter. In the hands of smart lawyers, could all these charges be premature ejaculation with nothing in reserve? Time will tell. And if all these charges don’t stick after all the tap dancing, and Lawdy Miss Clawdy hand ringing routines, who’ll end up with egg on their faces and meekly toddle off with their tails between their legs muttering the Integrity Mantra?Guess. 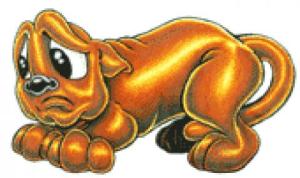 Zerafa’s charge issued by Racing NSW on Thursday relates to his on-air role with TVN on January 7 when it is alleged he backed Palazzo Pubblico, trained by Sam Kavanagh, the winner of a race at Randwick on that date, but failed to tip it on-air. It is also alleged that Zerafa received a text tipping Palazzo Pubblico from John Camilleri, a harness racing identity whom Racing NSW stewards have issued charges against in connection with race day treatments involving Sam Kavanagh’s horses. Stewards have also stated they have evidence of further text communications between Zerafa and Camilleri after the race including allegations that Zerafa made references to not tipping Palazzo Pubblico on-air to the TVN audience.

It does not require the mind of a rocket scientist to work out the inferences in the charges laid by Racing NSW stewards against Zerafa. But Zerafa’s name is not the only name to crop up in the past week as the tentacles of the cobalt scandal reach out into racing like a Venus fly trap.

Even high profile Macquarie Bank executive Laurie Macri, an ATC Committeeman, and identified by NSW power brokers as its Chairman in waiting, has been embroiled in the Sam Kavanagh investigation, but faces no allegations or charges. Of course not. Surprised?

It would not have been easy for Macri, one of the part owners of former champion race mare Atlantic Jewel, trained by Sam’s father Mark, himself facing charges in Victoria, and also the recipient of dishonourable mentions in the case involving his son.

Racing NSW counsel Peter Braham certainly managed to put the blow torch on Macri on the witness stand- but to no effect- and, not surprisingly, managed to raise the ire of the Macquarie Bank executive. “I get the feeling I’m being treated like a hostile witness”, he is reported in the Sydney Morning Herald telling Braham.

As we have reported over the past several weeks, the cobalt scandal is here to stay, not for days, weeks or months, but more like years. It’s become a habit- an addiction of its own that, like that Eveready Battery rabbit, bangs on and an and on. It better know where it’s going with everything before this bunny turns into a bunny boiler of Fatal Attraction proportions if nothing comes of all this constant banging.

It won’t please the powerful Hunter power brokers, or the NSW State Government, for that matter, but the strong mail suggests that another major international breeding powerhouse may be giving serious consideration to setting up an Australian operation in enemy territory in Victoria. To make matters worse there could be a “rat” among the Hunter ranks with one major outfit doing some serious due diligence in preparation for a joint venture or satellite operation in Victoria. It’s all been brought about by the uncertainty surrounding the powerful mining industry’s persistence into trying its hardest to turn the Hunter into a massive coal mine.

Will Racing NSW Stewards look closely into betting exchange records in the race won by Palazzo Pubblico in January this year and, more importantly, into other races won by its stablemates?

Expect some imminent major announcements by Racing.Com relating to the talent roster for their new joint venture with the Seven Network – Channel 78 set to officially launch on August 29. Over at Sky, those in the know are predicting a shake up of their own on-air presentation team as part of the outcome of the Racing Victoria Tabcorp deal over Victorian racing vision. And while on the subject of the new Channel 78, corporate bookmakers are expected to occupy a large portion of advertising on the racing channel.

Are some of Oz racing’s dwindling list of major sponsors about to get even smaller? It appears that the impact of the cobalt scandals are the subject of serious boardroom discussions of sponsors reassessing their sponsorships in racing, with some considering a “sabbatical” from racing. Surprised? Blame them? 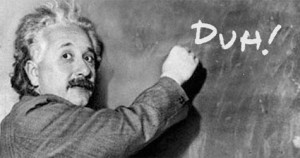 If it needed more, is it more proof that those managing the sport are pitifully incapable of doing so without dragging it through the mire while singing “Light My Fire” and exposing itself as big dickheads just as Jim Morrison did decades ago by showing off his python onstage? Jim Morrison was arrested for obscenity. What about these saviours of horse racing? Also arrested? For gross impotency? For being big dickheads with no end game plan as the genie is out after years in lockdown mode with there being no hope in hell of getting it back into that damned lamp, Sinbad? 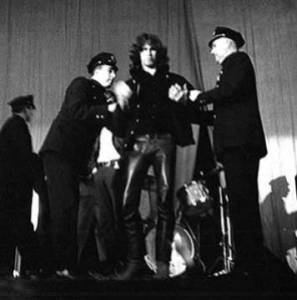 Rumours keep persisting that there might be a vacancy at the top of the NRL executive management structure, but that a certain senior racing executive may, again, be looked over, but ultimately, overlooked. This won’t sit well with him.