HAPPY WEDNESDAY, YOUTUBE, AND THE HKJC’S GOOGLE BALL OF STRING

Back in the day, there was networking, there’s always been that utter waste of time and space that’s “nutworking”, and in today’s social media-driven world, there is online networking where nothing is real and there’s everything to get hung up about. 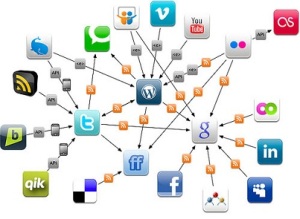 It’s John Lennon’s “Strawberry Fields Forever”, but this time, where a song becomes part of lifestyle, and where everyone is invited to connect the dots with no one quite sure what the end picture will look like- and which is the challenge and excitement of arriving at something that might go viral- that elusive something everyone wants, but which no one knows how to get there as it’s all down to what clicks with today’s consumers. Clicks, clicks, and more clicks.

What it is really all about, however, is pushing that creative envelope by using as many delivery platforms as possible to reach as many people in that one big consumer pie in the sky. Birds do it, bees go it, even educated fleas do it, and, today, brands do it, and every industry tries to do it with mixed results.

This new racing season, the HKJC’s Happy Wednesday brand partners with new creative community hub Home Made, and its YouTube channel, which is possibly a first for a racing club- having a constant ‘live’ streaming presence on the most watched video channel in the world as opposed to the occasional uploading of, often, random, “horse racing” videos, and those cutely called “adverts”, some of which are too cute by half, and which completely miss the mark as they lack all credibility and relevance. They’re nothing to “believe in”.

At a time when one understands that Australia’s First Lady of Racing- Gai Waterhouse- plans to launch her own television programme, and original content to promote the sport to above and beyond its captive hardcore audience is fast-becoming a key marketing objective, the latest additional hashtag to the Happy Wednesday brand that has, in four short years, gone The Beer Garden and ‘live’ music there to new venues, increased attendance and turnover, new technology initiatives and has and continues to attract every single Wednesday night a varied new generation of racegoers. One size doesn’t fit all.

It’s also a strategy that works on various levels for the HKJC- a talk show taking place smack dab in the middle of the Beer Garden every Wednesday night with its regular hosts streaming content ‘live’ every other day and, therefore, taking the awareness of the Happy Wednesday brand outside of its comfort zone, plus having access to amateur film makers- YouTubers-across different demographics with millions of followers.

In today’s numbers-driven game, it’s a key and legitimate driver. What’s also key is the ownership of a Happy Wednesday “family tree” with branches growing in all directions, and reaching its targeted customer group with as many carrots as possible. It’s more than just another “television show” in a crowded media landscape where television is dead.

Like the days when music companies bowed and scraped to get their music videos played on MTV, YouTube, with over one billion users- users and not viewers-and valued at a reported US$70 billion that began life under the motto “Broadcast Yourself”, is not only the new MTV- and with a far more fair payment system to those whose content is on the channel- there is also parent company Google to consider as part of the media mix.

With its company ethos of “Don’t Be Evil”, the antithesis of “Greed Is Good”, it gives the HKJC another string in its bow to, perhaps, have its still often misunderstood and underrated Charities Trust work with Google on a number of community related projects, some like the Club’s much-anticipated Central Police Station project, and other projects still to be created for a city in change.

Okay, some will say, that’s all very nice, but what does YouTube and YouTubers got to do with horse racing- the wagering part of horse racing and what could they possibly add to the sport other than awareness and possible attendance figures? Let’s leave the video channel’s plans for users to be able to produce 360 degree 3-D videos- and how this could impact how and where racing is watched- for another day.

Truth time and let’s take the gloves off. For all their talk about “engaging the next generation of racing fans”, those trotting out this now tiresome cliché are doing this from the safety of their respective perches and making cooing noises as part of corporate speak. How many actually come down from their ivory towers and see how the other half live- not just this elusive “next generation of racing fans”, but the rank and file punter- the plebs- who keep wagering ticking over? Where’s their “engagement”? And yet, they’re “experts” on customer wants and needs? Please. Apart from HKJC CEO Winfried Engelbrecht-Bresges, it’s hard to think of anyone else. The man practices what he preaches. He walks the walk. Literally.

There is something appallingly hypocritical for racing executives to preach from mountain tops about being “customercentric” and “knowing one’s customer” if they don’t care enough to see what makes everything and everyone tick. Second guessing and then making important judgement calls without this understanding only becomes a glaring example of keeping up false pretences- and a combination of snobbery, jealousy,politics, pettiness and flying by the seat of one’s pants hoping no one will notice. They do. This lack of knowledge has, also, what can be called a “dribble down” effect to those working under them- the various armies of Oompah Loompahs supposedly “marketing” the sport- but “marketing” from behind a desk or thinking they’re understanding a particular customer segment by meeting with another “marketing person” from another industry to exchange consumer stories. It’s time management gone AWOL.

Again, this arm’s length approach of understanding their consumers is how and where music companies lost touch with music fans. It’s why there remains this disconnect, where these fans have turned to technology-based companies to guide them to wherever they might be going by way of different music-based online platforms.

This might not be completely right or correct as it devalues music, and the art of creating music, but, what tech companies like Apple and YouTube and Google and Periscope, Vine, Vessel, Hulu, and Facebook etc have given them are the tools to create their own brave new DIY world.

Music fans are very possible racing fans, too and vice versa along with being fans of everything that’s current and relevant. Future racing fans don’t come with saddlecloths on their backs and blinkers on. They are you and me, they are our friends and families, and they wish to feel welcomed and- key- that they can contribute to a hobby by supporting it and, with all these tools of empowerment at their fingertips, perhaps, finding ways of showcasing the sport in different, and more simple ways that might- again, perhaps- “go viral.”

This is what YouTube is all about- a delivery platform and meeting place for amateur video auteurs where the channel provides everyone out there with the necessary tools for greater inter-connectivity and, very frequently, helps to discover and nurture young creative talent with something new to share. It’s a domino effect where sharing gathers impetus and, suddenly, there’s an entirely new ballgame going on with a few home runs hit out of the park through consumer-generated content and product and new thinking.

It’s the same new thinking that took Google from being a research project in 1995 by Larry Page and Sergey Brin, PhD students at Stanford to the monolithic global search engine it is today that keeps growing and diversifying into other areas dictated by consumer demands. 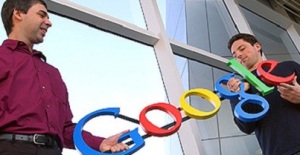 The HKJC- and it really is much more than a “racing club”- now has access to a one-on-one dialogue with millions of YouTubers, some of whom will look at horse racing, like what they see, and with the creative mind being a curious one, might be able to see how this game of chance, unlike a casino where the house always wins, can offer players a stronger winning chance.

From the mouths of babes have come some great Eureka moments, and after a few years now of various technology-driven apps and other “devices” to make understanding horse racing easier, one has to ask if these have really succeeded, or have the majority of these initiatives completely missed the mark through information overload while not looking at the KISS Theory of Keeping It Simple, Stupid? Have these initiatives been truly consumer-friendly when, too often, green lighted by hardcore racing executives in those aforementioned ivory towers?

Having and/or asking this next generation of racing fans to absorb what they see at the races and create from a blank page what they think will work for THEM in order to simplify everything from handicapping and track conditions to weights and measures, and that always unknown factor and element of surprise, might be an interesting one. What’s there to lose? By having those with a completely new way of looking at the sport along with a new attitude- an attitude not weighed down by old baggage, here’s the opportunity for at least one racing club that’s more than a racing club to work with, and be guided by the very generation the racing industry is trying to reach.

The future of racing, if it is sincere in expanding its current customer base, has to do with creating and owning original content and forming new partnerships. 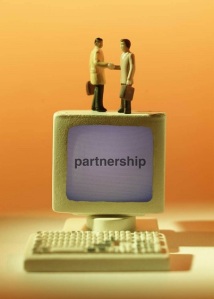 For the HKJC, how they use its new Happy Wednesday show- and this content and the hosts and guests, and the daily ‘live’ streaming on non-race days, and association with YouTube and a generation of YouTubers is like asking someone how long is a ball of string.

Everything is there, the “rollout plans” must be organic, and once the wheels are in motion, let it take horse racing to where this next generation of racing fan sees it going, and not where hardcore racing executives try to force-feed their outdated thinking onto this generation- and the various online partners who work with and empower this customer group every day. This would be the tail wagging the dog. And dogs have a habit of biting back when provoked.