The first in a 12-step programme to introduce and re-introduce you to what else Hong Kong offers other than The United Nations of Racing as we countdown to LONGINES HKIR Week in December. Better now than later.

So, you’re coming to Hong Kong in December to take in LONGINES Hong Kong’s International Races, and need to know what to do when not at Happy Valley and Shatin Racecourses? 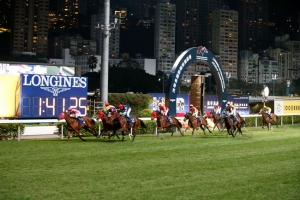 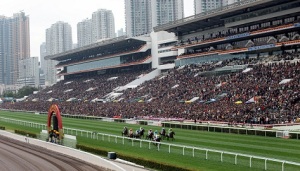 Apart from the usual touristy things to do- taking the Star Ferry, going up the Peak- most of the restaurants up there are overpriced rubbish- and wandering through the shopping arcades of the well-heeled and uber rich in Pacific Place and the Landmark where one should adopt a look-but-don’t-buy approach and save most of the buying for the knock-off jeans, t-shirts, handbags etc for Stanley Market- the area also has some reasonably good bars and restaurants- there are the night markets in the triad-controlled Mongkok and Temple Street areas where everything is fake- the products, the haggling, the “bargains” and the “friendly people”- whereas anything every techy would need can be found at ComputerWorld in Causeway Bay. 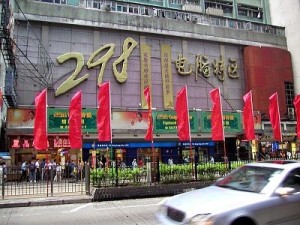 Though former jockey Shane RS Dye’s favourite meeting place- Al’s Diner in LKF- remains like some tacky beacon of a bygone era filled with many stories of a long day’s journey into night, this is a very different Hong Kong to what the city was like five, or even one year ago. It’s still the safest city in the world where one is spoilt for choice when it comes to restaurants and bars and shopping, but these are no longer found in the usual places. 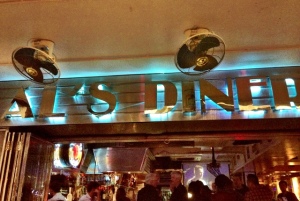 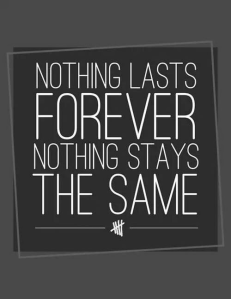 All the better and newer restaurants are in Sheung Wan and Kennedy Town whereas the best bargains and best everything can be found by walking down Causeway Bay and right down Leighton Road.

If you wanna be ripped off, take a stroll down Kowloon’s supposed “Golden Mile” area where touts will attack you from all sides offering lopsided “bargains”.

Lan Kwai Fong is worth a visit, but this once trendy area of Hong Kong has lost its mojo. It’s a sea of people, bars, restaurants and clubs, and taxis that hold you to ransom. 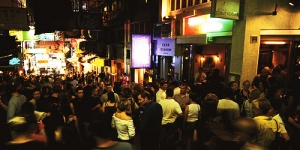 The local trendies gave LKF the flick years ago along with Soho, but if you really need to say you’ve been to the area, take in the Hard Rock Cafe, below, where the resident Filipino covers band channels everyone from Led Zeppelin to Guns’N Roses while you can get into some Metallica-type headbanging with old rockers from Germany and America. The food? Also hard rock. But what were you expecting? Michelin chefs?

Meanwhile, in Soho and Wyndham Street, spilling onto the streets on Friday and Saturday nights are very attractive young things galore, but ageism is rampant so don’t try to be Daddy Cool as you’ll get the brush off. If hitting a club like the very popular dragon-i down the crowded Wyndham Street strip, and approached by very tall, attractive model types, be careful. They’re there to attract those willing to order bottles of Krug and Crystal champagne for them, and their posse of equally attractive friends while they’ll sit at your table offering great expectations, but only to vanish at 3am to meet their boyfriends. Too many times, we have seen the sad sight of big spenders sitting at their table staring vacantly at their $10,000 bill.

Of course, there’s always Wanchai with the only bona fide cattle market being Escape- Colombians to the right, Thai, Vietnamese and Filipinas to the left with very rarely a Chinese working girl in sight. They’re usually working at a place like Club de Hong Kong in Kowloon. Wanchai clubs down Jaffe Road like Spicy Fingers, Joe Bananas, HK Cafe and Dusk Till Dawn can be fun if with a group and ready to get one’s rocks off by dancing your arse off. But if out alone and expecting other deliverables, forget it. Dodgy people have made these joints their happy hunting grounds with, often, females not exactly being what they might look like. Boys will be boys and boys can be girls with heavies watching their backs- and your wallet.

OUR BEST BETS AND TIPS 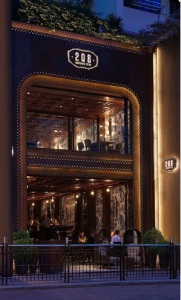 The favourite restaurant for many of our friends who wish to go uptown and upmarket once in a while. 208 is as good as any Italian restaurant in New York. It’s based on Big Apple Italian chic, panache, whatever you wish to call it. The cocktail menu is one of the best in town and the dishes are way above average. It sounds weird to say this about an Italian restaurant, but one MUST try dish is their Roast Chicken. Giddyup!

The favourite Japanese BBQ restaurant for many in Hong Kong- including us. Fantastic food, great atmosphere and not too pricey.

Two thumbs up along with six pairs of chopsticks. 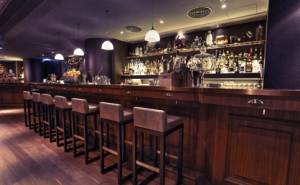 The best cocktail bar in town and brilliant in so many ways- the decor, the terrace area and the intoxicating mélange of creative cocktails, many of which have been inspired by Hong Kong’s colonial past. Truly worth a visit for the cocktails, and do know that The Envoy is also open for lunch, tea and dinner- which we are yet to try. The cocktails keep stopping us from moving around!

Casual, unpretentious, fabulous view, consistently good seafood food and a million miles from the hustle and bustle from Central, but only twenty minute cab ride from anywhere you wanna be in Hong Kong. 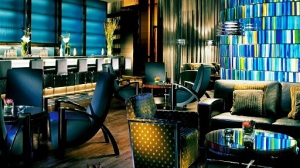 One of the best meeting places in town- great atmosphere, superb service, a very good wine list and the best mini burgers and Peking Duck in town. A favourite meeting place for many in the racing fraternity. 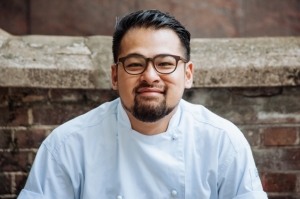 The menu’s mainstays like the Spicy Chicken Salad, roast chicken, dim sum and spring rolls are a must whereas always ask Jowett for his recommendations for the day. You won’t be let down- especially with any of his very original seafood dishes. 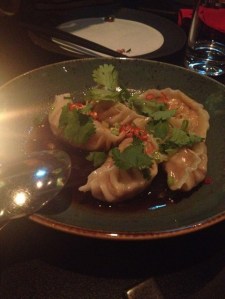 Apart from the cuisine, the ambience is funky chic, the service very good, but being usually full for dinner, try and get there around 7pm. Highly recommended by jockey Nash Rawiller, pictured below.

When you want a curry meal that doesn’t make you feel as bloated as a beached whale, visit Guru, hugely popular with Westerners, which is not what many expect in an Indian restaurant- ass-burning vindaloo curries swimming in oil and just an air and whiff of aromatic and lard type heaviness to every dish. 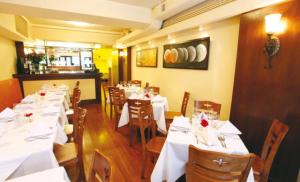 This is because Guru is run by a Nepalese and the curries are less Southern Indian and more to do with the Himalayas- light curries, fantastic vegetable dishes made of spinach, ochre and cauliflower and some deliciously spicy lamb kebabs, Tandoori Prawns and a filling Chicken Bryani. If undecided what to order, ask for Karki, the amiable owner of the restaurant, who’ll be happy to make some recommendations. 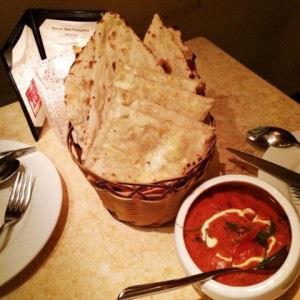 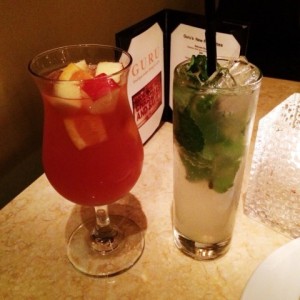 Our recommendation is to try the Nepalese Chilli Chicken with a side order of onion naan with Guru being a favourite with a number of racing personalities including Calcutta-born trainer Caspar Fownes who doesn’t ever leave without a doggy bag comprising the stuffing from the excellent samosas and some roti and naan. 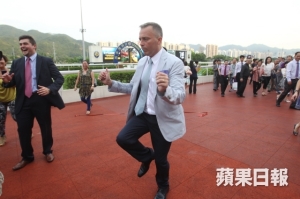 One of our newer finds- and somewhat hard to find for some as the entrance is so narrow though known to Hong Kong’s uber set for well over year. Stocktons labels itself as a whisky bar, but is much more than that. The interior design is reminiscent of a combination of a comfortable study and Englishman’s private club. 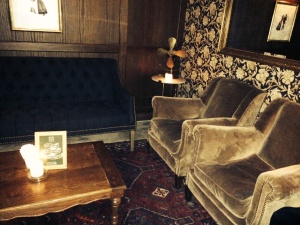 Though the food menu is sparse, the snacks- there are no main courses- are tasty small servings whereas the cocktails are above average.

What makes the venue special are the people- upmarket local career women during the “early night shift” before the night owls arrive around midnight. This is not some sleazy pickup joint, but a good meeting place to meet up with friends for a chat and a few drinks. And if you do manage to meet someone here who catches your fancy and you take them home with you, you’ve done extremely well for yourself.

The complete name is Braza Churrascaria Brazilian Steakhouse, the first Churrascaria restaurant in Hong Kong. From what we know from champion jockey Joao Moreira, it’s also the only Brazilian restaurant in the city. Opened quite recently, Braza is not going through any teething problems. Hardly. It’s hugely popular, the food is very good with a decor to compliment the Brazilian theme. And if good enough for the Brazilian Magic Man, it’s good enough for us.