He was the Douglas Whyte of Macau in that he totally dominated racing in what was then still a Portuguese enclave. The Vegas boys hadn’t moved in with their lock, slots and smoking barrels, and it was a time when the fledgling Macau Jockey Club was actually proving to be a mild-mannered Clark Kent to the HKJC’s Superman with no kryptonite around. 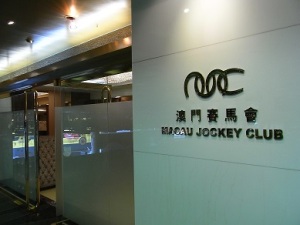 It was also a time when an unassuming young jockey from Melbourne named John Didham “did a Julius Caesar” and came, saw, conquered, ruled the riding roost and left just as the rot was setting in- odds changing during a race, everything controlled by those “upstairs”, mobile phones being used in front of security guards standing under “Mobile Phones Forbidden” warnings and bookies operating openly on the “exclusive” Members floor. 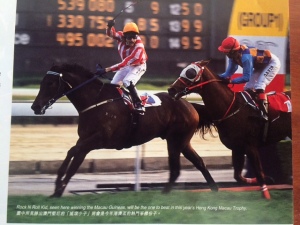 Johnno- a great mate- was always smart. He still is. He takes it all in and sees through the bullshit. He was The Thinking Man’s jockey. And so, as timing is everything when it comes to realising that there’s no hay to make when the sun refuses to shine, this extremely gifted rider made the most of a racing jurisdiction that had a short, sharp incline, and then packed it in when he knew that riding to win was not always part of the game and that those “upstairs” wanted complete control.

But until he headed towards that Exit sign, Johnny Didham had a great run- all those Jockey Championships, the four and five winners a meeting, the Mad Dog Day Afternoon Long Lunches in Hong Kong starting with a Baked Chicken at California in trendy Lan Kwai Fong and ending with day for nights so surreal they would have made The Wolf Of Wall Street blush, and the stuff of legends no one would believe if they weren’t there. We were there. It was all very real. Even The Tongue Scraper. 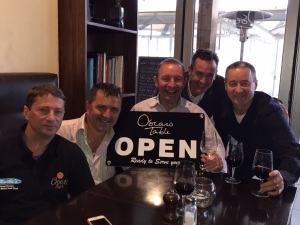 RB: What were you doing before coming to Macau, and what made you decide to ride there?

JD: I was riding in Victoria and received a call to go to Macau for a three-month stint. The Warrnambool carnival was on and the weather was cold, so I thought the worst case scenario would be spending three months in the sun. I stayed there for almost seven years. I had further stints there for 18 and 12 months. All up. I was riding in Macau for 9 years over a 12-year period.

RB: What was it like riding in Macau in those days? Those must have been the MJC’s golden years?

JD: I started in 1996 and racing grew rapidly by 2001. There were 1150 horses, about 110 meetings per season with 10-12 races per meeting and a turnover of about HK$50 million per meeting. Amazing how things have changed! Timing being everything, when I started riding in Macau, the great Jose Corrales, who had won the last three jockey premierships was getting to the end of his riding career. Geoff Allendorf who taught me a lot was also finishing up as a jockey. Declan Murphy and Garry Moore also retired. So opportunities opened up for me. I loved race meetings in Macau in those days.

RB: In many ways, you were the Douglas Whyte of Macau. How many jockey titles did you win and how many winners did you ride?

JD: I wish I was Douglas Whyte! He is an absolutely super jockey. A total professional. I won three premierships, the first with 75 wins, the second with 87 and 98 for the third. In my best year, I rode 111 winners and ran second. Total wins in Macau, at a guess, would be around 600.

RB: Who were some of the more colourful characters around? Gary Moore must rank right up there along with outspoken race caller Tung Biu (pictured below). You were one of the very few jockeys he never bagged.

JD: There were plenty of colourful characters. Gary Moore, with his bright coats, never failed to let you down. The day that he took his coat off and placed it on top of a puddle so that (powerful owner) Dr Stanley Ho could walk over it was gold.

When Tung Biu started training in Macau, he asked me to ride for him, I didn’t know how things were going to go, but we became good friends and won the 1997-98 jockey and trainer titles. He looked after me and I learnt a lot from him. Top trainer and top bloke. Joe Lau who I originally went to Macau to ride for became one of my great mates and our families still keep in touch today. There were so many characters over the 12 years I was there that you could write a couple of books about those times or produce a TV series about them. The lunches in Hong Kong with Norman Cheng and Hans Ebert that started at noon and finished at 4.30am were another highlight. 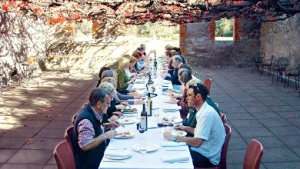 RB: What made you return to Oz and what was it like getting back to riding back home?

JD: In 2008, racing in Macau was on the decline with horse numbers dropping, turnover down and punters and owners staying away. My two boys were just starting school, so we- my wife Andrea and I- decided to head back home. After moving back to Melbourne I didn’t ride much and retired in 2009.

RB: Darren Gauci aka The Gauch is still going strong. What made you give up riding?

JD: The Gauch is a freak and is having a great run which is good to see. I retired at the age of 40. I was finding it harder and harder to keep the weight off plus the drive and will to keep riding was diminishing. I believed that after 25 years of riding and everything being about me that it was time for a change and for everything to be about we- my wife Andrea and the family. 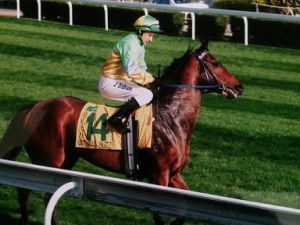 RB: You spent a few years in Melbourne mentoring apprentices. That couldn’t have been an easy gig.

JD: I enjoyed mentoring/coaching the apprentices. You knew the next steps for them from trackwork to trials to their first ride to first winner right through to Group 1 winners to becoming jockeys and then onto the international stage. I had a falling out with the HR department at Racing Victoria. They wanted to train the apprentices one way, but I wanted to train them another, and like winos sleeping at a bus shelter, I couldn’t shift them. The fact that apprentices are signed up to horse trainers is like having apprentice plumbers signed up to electricians. Most horse trainers have not been world-class jockeys. South Africa has the right model and keeps producing champion jockeys. Just ask Dougie Whyte or Felix Coetzee. To have an academy set up here is in the Too Hard basket. Instead, we keep running with what we have done for the last 150 years.

RB: Think that with all the other career options available to them in this day and age, less and less young people will be willing to go through the rigours of being a jockey?

JD: 100% correct. Over the next 5-10 years, there will be a lot of jockeys retiring in Victoria and there is not enough coming through. The lack of young male apprentices is alarming!

RB: Many say you’re one of the more savvy jockeys around who invested wisely in property. True?

RB: What do you think of the state of racing in Oz today?

JD: Which band recorded the song, “Money For Nothing”? Dire Straits? It might be up to the Federal Government to have a look at the industry. A fish rots from the head down. 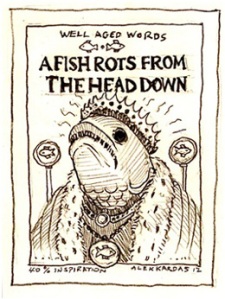