FEEL GOOD MOMENTS AND THE GLOBALISATION OF HORSE RACING

Whether listening to “Here Comes The Sun”, or watching the ending to “Field Of Dreams”, or listening to the speeches of Martin Luther King Jr, we each have our own special Feel Good moments. They are our bare necessities of life. They’re what keeps us going. They’re our internal motivational speakers, and they’re what inspires us to, at least, try and become better human beings.

In the world of horse racing, where there’s a tendency to shine a very bright light on the negativity, American Pharoah and Victor Espinoza in America and, to a lesser extent, the team of Joao Moreira and Able Friend in Hong Kong plus those shiny happy regulars every Happy Wednesday at the unique Happy Valley Racecourse, have provided the sport with some much-needed Feel Good moments. America’s love affair with the American Pharoah phenomenon continues unabated. And long may it run…

These have happened at a time when, especially in Australia, horse racing has been so rocked and rolled by one damning controversy to the next that it’s created a feeding frenzy to drink from that half empty glass. Over and over again. It’s Armageddon and Sodom and Gomorrah combined with, seemingly, no end in sight for The Village Of The Damned. 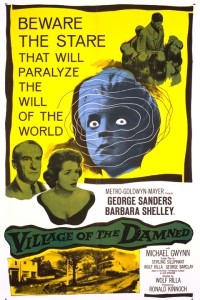 In this day and age of social media, news, especially bad news, doesn’t just travel fast. It turns into a Hitchcockian murder of crows that can drag everything and anyone down into one giant abyss through a collective and global Loudest Whisper. 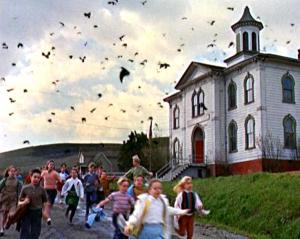 Right now, in horse racing as a global sport, there is an invisible tug of war taking place where the prophets of good news are engaged in a battle with the Blue Meanies of gloom and doom for racing’s future. The problem here is that because of the very fractured makeup of the sport- a supposed global sport- few recognise how to paint and present that positive Big Picture, how all the pieces fit, and how the messages being sent out to those standing on the periphery of horse racing waiting for a sign are received. Are these messages strong enough for them to stay, and join in, or so depressingly confusing that they walk away.

These people are what many in racing call “the next generation of racing fans”- a generation needing to see the accentuating of the positive before they decide that here is a sport worth investing their time, money and passion in so they can belong to a like-minded global community of cheer leaders for the sport.

Just as music fans have taken over the music industry from the once all-powerful music companies, horse racing and its future is under siege, and racing administrators, racing clubs, and those on the dark side of the moon-riddled racing media, better wake up to this fact, and take on board the analogy between the music and racing industries that we’ve been ringing the alarm bells about loudly for close to three years.

These alarm bells going off about everything from the creation and ownership of original content, online copyright laws, online marketing, horse racing’s version of “file sharing”, sponsorship and branding to business partners and technology, and that one game changer that can put Humpty Dumpty together again and make horse racing more than a ham omelet, is something that cannot be tackled by those old schoolers with blinkers on and happy living in their one dimensional world.

Today, the music industry is under the control of Apple via everything from iTunes to the streaming services of Apple Music and, more recently, the brand’s online radio station.

Compared to the plodding music companies with their dysfunctional recording and publishing divisions, lop-sided contracts and old school thinking for what is a tremendously creative-driven business, an Apple a day is seen as being new, fresh, tempting and attractive to music fans and- very key- the artists they support.

Horse racing needs an Apple- a strong technology-driven partner who are in sync with all those who want everything at their fingertips and use apps as the learning tool of choice- even about horse racing.

What horse racing doesn’t need is a Guy Hands, the private equity fat boy, whose company Terra Firma, known for fixing toilets on the autobahn, bought EMI, the one-time home of the Beatles, decided he understood the music industry and artists. and single-handedly turned the once great music company into Every Mistake Imaginable (EMI). But who running racing clubs today don’t have some of the buffoon-like characteristics of Guy Hands? Not many.

There’s Winfried Engelbrecht-Bresges, CEO of the HKJC who, as many in the land of Oz heard last week, gave RSN’s usually verbose Shane Anderson a lecture on everything from the importance of knowing one’s customer to turnover, KPIs, Longitude, vertical integration and a long-term and realistic master plan for the racing club he has taken to dizzying new heights. “E.B” is equally knowledgable talking about Wagner, Sammy Davis Jr., Amy Winehouse and The Cry Of The Valkyrie. But one can’t expect him to do and say it all. Then again, as Pink Floyd sang, Is there anybody out there?

Apart from another “E.B”, horse racing needs either a Steve Jobs or a Bill Gates in an industry where, like FIFA, too many Sepp Blatters have been allowed to run the show- and run the sport into the ground.

Horse racing desperately needs its own recovery programme and Renaissance period- a fresh start to outrun its checkered past, and with new players to guide it out of its current malaise where much of it is still in navel gazing mode.

Have, for example, all these Asian Racing Federation ( ARF)- ARF ARF???Really???-conferences and all those other meetings of the minds comprising the usual suspects trudging through well-trodden terrain brought about any real change after the talkfests are over, the Fat Lady has sung, and every supposed decision-maker has returned home and back to their respective corners?

If all of this flying around for talkfests has yielded any fruit, why does there still exist this feeling that it’s every man- and racing club- for itself? And who is working on the globalisation of the sport? The Scarlett Pimpernel? The Lone Ranger? Yogi Bear? A house of cards?

IIn this online-driven world, horse racing- worldwide- is there for everyone to see. What exactly is there to attract and build a bigger customer base? Some tweets? A corporate website? Ads like the two below that might work in the US, but still come across as nonsensical verbiage with the ‘look’ and ‘feel’ of a McDonald’s breakfast commercial from the Eighties?

That was embarrassingly bad.

How is it possible that specialized work could produce such an awful product? I mean, if I were tasked with doing a parody of a horse racing ad, it might well look something like this.

Ironically, the simple NTRA ad featuring Lori Petty, that absurdly caused controversy when it was produced years ago, was very good in spite of the cheesy tag line, and one of the very few potentially effective ones ever made.

I’ll link to it below.

And a final thought. There’s obviously nothing wrong with featuring a young female fan of the sport, but the pretense that such a fan would, for example, understand, let alone be concerned about an issue such as takeout, is ludicrous.

One solution would be to feature different types of fans, and have them realistically emphasize what is of interest to them, and attracts them to horse racing.

I thought that they were decent, though masterpieces of the genre when compared to the one above.

To be as merciful as I can be, the concept of the video had potential – to present the attraction of the sport through an interesting, relatively under utilized, point of view. After that, complete failure to execute, except in regard to cringes induced per viewer per second of video watched. It will remain a mystery, I suppose, how this dissonant rubbish ever got past the proposal stage.

At least the Petty ad, even with the cheese, makes no pretensions & fulfills its basic purpose: racing is exciting & cashing is fun.

Where is horse racing’s 2015 Feel Good answers to “We Are The World” and “We’d Like To Teach The World To Sing”? Who or what and where is that elusive global horse racing organisation that can bring all the current warring parties and splintered thinking into one cohesive whole so that there really is a future to the sport and not just a series of knee-jerk reactions on Repeat?

As for all this talk about “engagement” and “the next generation of racing fans”, customer bases can only be expanded by customers engaging other customers. It’s street marketing in the online world- and with no whiff of corporate canoodling. Racing clubs might think they’re dangling the right carrots in front of this very tech savvy market, but, surely, they’re fooling themselves into thinking that the casual racing fan will ever see or hear of any of these carrots without truly understanding how to utilise today’s ever-changing media landscape.

Where would the casual racing fan see any of these “communications”? Twitter? Facebook? Television? Please. Build it and they will come- maybe- but only if and when they believe in the holistic appeal of the product- which leads back to the lack of a global picture of racing- a picture that will attract and not detract, and be the magnet that gives the sport a much bigger stage- and audience. 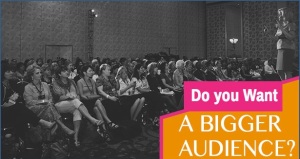 For example- and it’s been asked here many times before- why horse racing still doesn’t have its own worldwide red carpet awards show attended by the glitterati and covered by every sports and news channel along with E! and other entertainment channels, is not only baffling, it makes a mockery of hearing those tiresome sound bites from empty vessels about “increasing the customer base”. Yes, yes, And?

Why there can’t be ONE global Horse Racing Hall Of Fame is another question we’ve asked and received an echo as the answer. Hello? Is there anybody out there?

Is there anybody who can’t see how Francesca Cumani- experienced, articulate and with a great racing pedigree- plus great taste in shoes- can be a brilliant and relevant global ambassador for racing as can Michael Owen? 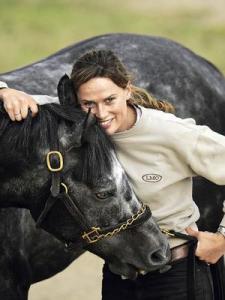 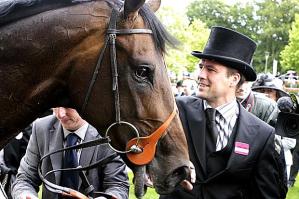 In Hong Kong, with jockeys and trainers from all around the world- South Africa, France, Brasil, the United Kingdom, Australia, Mauritius- we’ve themed our racing as being The United Nations Of Racing.

Perhaps, instead of standing on ceremony and waiting for someone else to take a job we’ve already started, we should simply take a leaf from the good book of Nike and Just Do It ourselves- and see who’ll come along for the ride?