It’s ground zero for racing in Queensland – for all three codes- with the dramatic sackings by none other than the Premier of Queensland Annastacia Palaszczuk, below, of the three Boards overseeing their respective racing codes.

The Queensland Greyhound Racing Industry has been under the gun since the “live baiting” scandal rocked the code nationally and, more importantly, stirred the apathy of the overwhelming majority of ordinary Australians. Cruelty to animals is a taboo subject with Australians. It touches a very raw nerve, as it should, and galvanizes normally apathetic passive people from all walks of live into overdrive.

It’s one of those enduring paradoxes about humanity that we can increasingly fail spectacularly to put an end to genocide, but take up arms when the welfare of defenceless animals are at risk.

Animal welfare in all codes of racing is non-negotiable. And for racing per se in Queensland, its cause has not been helped at all by the continuing front page headlines and lead items on electronic media that the “live baiting” scandal attracts as more disgusting, despicable sordid details emerge and claim more scalps in the sunshine state.

The Queensland Premier- we like her- cannot be blamed for swiftly setting up a Commission of Inquiry and Review into this scandal. She had no option.

Equally, and given that her Government is under pressure as a minority Government dependent on the votes of independent members to remain in power, her every move is scrutinized to the nth degree. It’s like Sting’s “Every Breath You Take, Every Move You Make, I’ll Be Watching You”. She’s being stalked.

Sadly for Racing Queensland and it’s Board, it’s been caught in the political crossfire. Queensland racing has been hopelessly politicized since the Bjelke-Petersen days when disgraced Racing Minister Russell Hinze, below, ruled the industry with the proverbial iron fist.

With every change of Government has come “payback”. Boards and structures and individuals installed by a Government in office have, without exception, been replaced by an incoming Government. Racing Boards and structures seem to have the same tenure. The musical chairs and shuffling of the deck chairs has claimed many scalps. Allegations of rorts and corruption have been rampant. The Titanic was fast approaching. 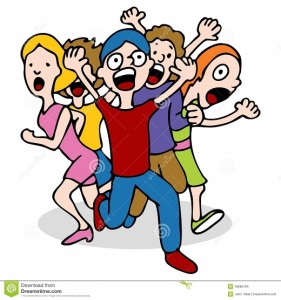 It has to be said that the Board of Racing Queensland has been widely acknowledged for successfully introducing some far-reaching reforms for horse racing in the sunshine state with major prize money and programming initiatives and much needed infrastructure projects either completed or under way.

But, the Board of Racing Queensland was perceived to be too close to the previous Coalition Government. And the bad blood-letting between influential political figures in the previous racing administration and the judicial inquiry commissioned into that administration just failed to dry up. Worse still, less than 24 hours after Premier Palaszczuk delivered her fatal blow to the Racing Queensland Board, it was revealed by her that interim administrator Ian Hill from one of the world’s leading financial consultancies- KPMG- had uncovered that Racing Queensland was on track to record an $11 million loss for the current financial year. Whoa!

Being a savvy politician, the Premier, as expected, was able to use this piece of information (described by her as- yikes- “shocking news”) to her advantage in justifying her decision to sack the Board. In a further fatal blow she has referred Racing Queensland to the State Auditor General.

Payback time was always going to strike midnight. It did on Tuesday afternoon during the Queensland racing’s most important week of racing each year – the peak of the Winter racing carnival in the sunshine state. Except last Tuesday, someone forgot to tell that lucky old sun to rise again like it has done for millions of years.

Yes, last Tuesday was racing’s own version of Bonnie Tyler’s total eclipse of the sun in the sunshine state. And no one saw it coming. Don’t let the sun go down on me? Shuddup, Elton. 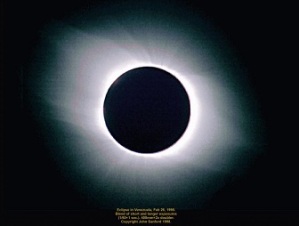 VICTORIANS SHOW NSW HOW ITS DONE WITH PRIZE MONEY

The $15 million boost to prize money announced by Racing Victoria for Victorian racing has exposed for all to see some of the basic flaws and deficiencies in the structures of NSW racing.

More importantly and fundamentally, it has exposed the mindset and mentality of NSW racing administrators and decision makers, who have been, and still are incapable of rising to the challenges faced by racing in NSW.

Whenever the issue of funding and the financial health of NSW racing is raised, the culprit and finger of blame for all of racing’s woes is always pointed directly and exclusively at Tax parity – the tax breaks that Victorian racing enjoys over NSW. It is an argument spun dry by NSW administrators completely bereft of ideas, strategies and solutions to fix the multitude of problems which have spread with amphetamine- like speed through the NSW racing industry and which has derailed progress.

Cheered on by editorials by Rupert’s Aussie version of News of the World – the daily “smellygraph”- the “quick fix” solution – “give us parity and we’ll hike up prize money to stick it up those Victorians”- is trotted out with monotonous regularity by NSW racing administrators. Peter, Peter, Pumpkin Eater, what do we do with you?

Well, the duplicity and disingenuousness of these arguments cannot be allowed to influence the Baird Government and Racing Minister Troy Grant.

For starters. It is a fact, glaringly and deliberately shrouded in a deafening silence that the product fees paid by the NSW racing industry to all other interstate racing administrations for wagering on interstate racing products is NOT- repeat NOT- paid out of the coffers of Racing NSW, but by its very own life partner Tabcorp!

No other State, including the arch enemy Victoria, enjoys that financial windfall. Did someone shout out $20 million, annually? Not a bad financial free-kick to welcome in each racing season, don’t you think? 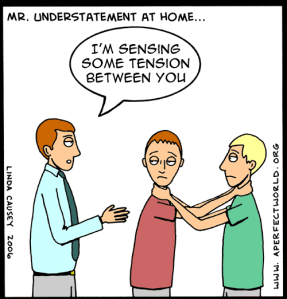 But there’s much, much more to the financial success story of “bleak city” racing. It goes deeper into how the racing and wagering product in Victoria has been produced and presented to punters, stakeholders and the community, in general.

In Sydney, a very different mindset comes through quite clearly. Where it’s all doom and gloom in NSW about everything from programming, field sizes, marketing, promotion, facilities, racing and training infrastructure, the Victorians are so much more upbeat about their racing- and quick to vote with their feet when it comes to demonstrating their support in massive numbers during their spring racing carnival and every lead up racing, social and business event. 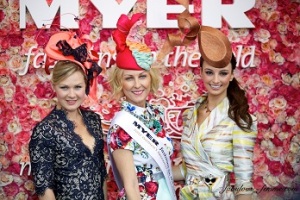 Unlike NSW, where the Autumn carnival and its latest incarnation- the Championships- is owned by the racing industry, and barely attracts even a modicum of interest from the broader community, the Victorian spring racing carnival is not in the exclusive ownership of their racing industry. It is owned and promoted and marketed by the Victorian community. It’s an important point of difference – Victoria’s own USP if you like, which administrators in NSW just don’t get, and never have, and never will.

The ONLY way they’ll get it is if the whole structure is turned on its head and a ground zero scenario arises providing a new structure and administration with a clean state. This is the ONLY way to lift NSW racing out of the doldrums which it has managed to get itself into over the past several decades.

But, as we should know by now, this will never happen- not in the near future. Power corrupts, power disrupts and power manipulated by the usual suspects spreads fear- until, someone blows the whistle and pulls the rug from under them.

Any additional parity funding which NSW racing receives MUST be strictly controlled and allocated by the Racing Minister Troy Grant. It cannot be handed over as an open cheque to Racing NSW to engage in a prize money war with Victoria. Get the fundamentals right first.

Prize Money is one part of the solution, and embarrassingly for NSW, the Victorians have got it right. Again. They have very strategically and thoughtfully adopted a bottom up strategy, where it will have an impact.

Country racing, the forgotten sector of racing, will get the biggest slice of the pie. Night racing and mid-week racing will not go hungry.

It would no doubt have been tempting for the Victorians to just pump up all stakes across the board and engage in a war of hubris with NSW. They have chosen to do otherwise, and Victoria’s own version of NSW’s “50,000” participants will reap rewards which will inevitably have a flow-on effect to make racing more affordable for owners and, importantly, boost wagering and the coffers of Racing Victoria.

It’s just a pity the leaders of racing in NSW are just so obsessed in engaging in a prize money war with their neighbours – a war driven by envy and which is making racing less and less relevant and marginalized in NSW.

Racehorse trainers have plenty in common, but if one trait stands out from the rest, it is their constant whingeing and whining about anything and everything. Nothing that goes wrong in their profession is by their own fault and responsibility. Someone else is always to blame. 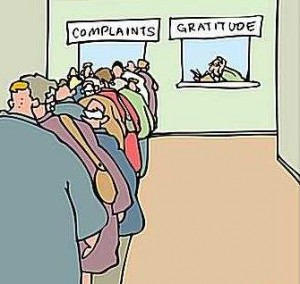 The reports last week and earlier this week in the Melbourne press on the three month suspensions handed down separately to two Victorian trainers – Brendan McCarthy and Peter Gelagotis- demonstrate a level of naivety among trainers that makes one wonder aloud if passing a test in simple common sense should not be a mandatory requirement of licensing.

According to the reports, both Trainers pleaded guilty to breaches of the rules of racing relating to race day administration of medication. They each were handed penalties suspending their training licenses for a period of three months. Clearly their early guilty pleas helped them dodge more severe penalties. 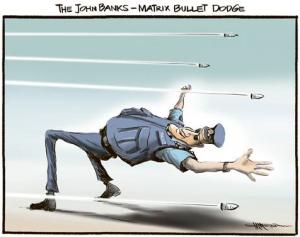 Staggeringly however in the Herald Sun, McCarthy was reported bemoaning his penalty and the impact it would have on his training business, his own personal finances, with potential losses of staff and horses and their owners exiting the stable, some never to return.

Sorry mate, are we missing something here? You pleaded guilty, did you not? And should you not have thought of all these “calamities” prior to breaking the rules?

It beggars belief that trainers, wherever they come from, still don’t get it when it comes to playing by the rules of racing. They are there for a reason, and, almost always, for sound reasons. Yet, we constantly hear leopards changing their spots when it comes to being caught out. That’s when that meaningless mantra of a “level playing field” goes straight out the window, and the blame game starts. 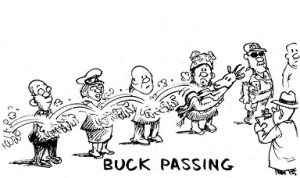 Perhaps some of these trainers might be better off applying for licenses in Macau or Malaysia, or some place else where the rules are meant to be broken, and “who you know”, means so much more than what you know.

2 Responses to THE GOOD, BAD AND BLAME GAME ISSUE