THE ZAC PURTON INTERVIEW, ANKLE BITERS, POSTCARDS FROM MAURITIUS AND THE FAST TRACKER AT SHATIN 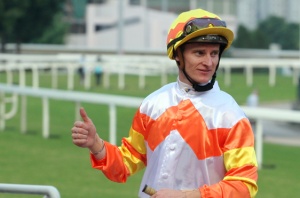 POSTCARDS FROM MAURITIUS FROM DANIEL MOOR 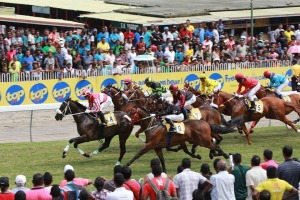 It’s been a busy few days since touching down in Mauritius, quickly settling into the accommodation, then heading to the track to meet with racing administration, committee, raceday staff and the ever-hungry journos.

I was greeted warmly by all concerned, I’m absolutely amazed at the status of racing in this country. It’s taken so seriously and supported passionately by everyone in the country. You really have to admire how these warm and welcoming people enjoy racing as their national sport.

My first day of riding was a massive eye opener. The public are within arms reach of us on the track both in the infield and grandstands. Public roads are closed and it’s very difficult to travel around the Champ De Mars racecourse. 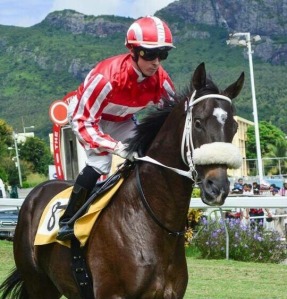 The track itself posed quite a challenge! It’s a 1200m clockwise circuit, with a built on a steep hill. All starts bar the 1000m start, begin in the straight. Turning out of the straight the first time you are travelling up a steep incline, into a sharp, but well cambered right hand bend, that leads into the back straight, which begins at the 1000m mark. From here on its a steep decent down to the 600m mark or “the road” as it’s known due to be crossing to the infield at this point.

This is where the action happens!

From the 600m to the turn into the straight everyone is looking to get as close to the speed, without covering ground. If you were to swing wide here, you would throw away a lot of ground, bearing in mind it’s beautifully cambered. A maximum field of 12 runners will be racing incredibly tight, and taking no prisoners in obtaining the best spot.

One you’ve passed the 400 it’s on! The straight is short, 250m tops, but it’s very steep. I’ve found with my limited experience, it pays to keep plenty in hand for the last 50m. Because unbelievably, races are run and won in this short about of space. Timing is everything.

I found that although it’s quite tight, the surface is excellent. Well maintained. The tropical environment is great for the grass and it’s well cambered. A cut away rail applies at various positions, meeting to meeting. I adapted to the track quite well and as the day went on my rides were commended by my connections.

Trackwork is on a sand track on the inner of the course proper, but there are 3 other private training facilities available to trainers.

My trainer, Shirish Narang is a young guy (32) breaking the mould of the long family tradition of trainers here. He has a small team of 28 horses but is open to all suggestions and is very interested in trying new things. He’s very easy to deal with and we have quickly realized a great mutual respect for each other.

Juggling Trackwork and entertaining owners is always a challenge, but with races once a week, I have managed to organise myself and manage my time very easily. I really enjoy the hospitality these people have provided.

With most eyes looking towards Singapore and how the Hong Kong runners will fare tomorrow at the Lion City’s Kranji Racecourse, which, to many Singaporeans doesn’t exist- go figure- today’s races at Shatin are more of a starter to the main course with a suspiciously easy looking card later on in the day where a few Moreira rides might start way under the odds and make monkeys out of many. 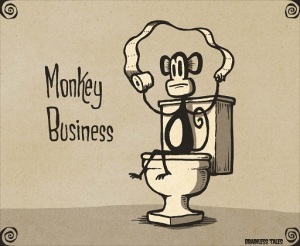 Perhaps, it’s ‘cos we’re coming towards the latter half of the season, but there’s also a tired look to the card. There’s actually a tired look to racing on the whole as if it’s waiting for The Next Big Thing to happen and pull it outta the doldrums. Even Darren Flindell’s bellowing race call of the Scone Cup yesterday when he seemed to morph into Ric Macintosh failed to shake off the lethargy of it all. 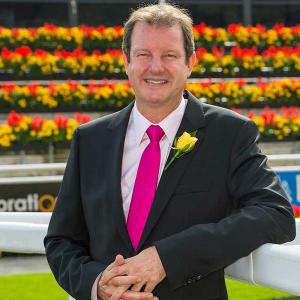 As for Hong Kong, today is also the day when- and without wishing to put the mock on him- Joao Moreira looks set to break Douglas Whyte’s record of riding the most number of winners in a season- 115. The Magic Man needs one more winner to achieve this incredible feat after riding a treble at Happy Valley that had trainer Danny Shum singing his praises in a way that almost gave him a god-like image to add to the Moses and Criss Angel cross Moreira has to bear. 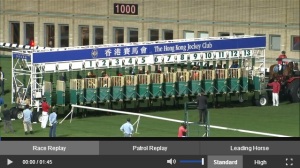 The ride most think will be the tie-breaker is first starter in Hong Kong- Sun Jewellery- which raced in Victoria as Tan Tat Baby when trained by Peter Moody and with two facile wins to its name at provincial tracks Barnsdale and Kyenton when ridden by Vlad Duric.

Winning at Barnsdale and Kyenton is not exactly like winning at Flemington, but what was impressive were the yawning gaps between it and the runners up. Tan Tat Baby was all set to race at Moonee Valley before “Jewellery” owner Tung Moon-fai decided to ship his galloper to Hong Kong and trainer John Size.

Now, renamed Sun Jewellery, it’s not been done any favours with a barrier draw of eleven over the 1200m, but what are wide draws when there’s the Magic Man Moses aboard?

Elsewhere on the card, Zac Purton will be well worth following on Run Forest (race 4) and Cash Courier (race 8) and, perhaps, Why Why (race 9) before the champion jockey does his thing on Aerovelocity in Swingabore tomorrow, and then chill out in Koh Samui after being suspended on Wednesday for an almost ludicrous seventh time this season.

Still, it’s all “le grande theatre” of Hong Kong racing with some strong and campaigning to see the return of David Hayes to the training ranks here. And why not? It’s surely better than to keep on keeping on the usual non-deliverables?

Oh, and could 39-year-old Newmarket-based trainer Marco Botti, below, also be eyeing a trainer’s license in Hong Kong?

The son of champion Italian trainer Alduino Botti, Marco Botti certainly can train. Don’t let the failure of Naadirr in the Duke Of York put you off. Naadirr will be back better than ever- at Royal Ascot. 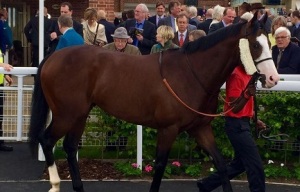 On a different level- a low one- there’s been a new low in low blows by a notorious ankle biter to try and discredit a certain senior member of the local racing fraternity. Anonymous emails, drunk texting, cowardly acts, and now this. No prizes for guessing who it is. The man just can’t help herself (sic).

And then there’s the ridiculous rumour making the rounds that Terry Bailey, the morose Chief Stipe of Racing Victoria- he makes Kim Kelly look like the Fun Police- will be moving to Hong Kong, and all this while still awaiting the supposed arrival of Mark Shean, the excellent former Sydney race caller who’s army of fans want him back. Now.

The more the latter subject drags on, the more one yawns, and thinks, it just won’t happen for a number of reasons. So, ferkcryingoutloud, just continue with Amigo Brett, who’s been doing a fine job in his pinch-hitting role until the end of the season, and then find the Walter Cronkite of race calling, if there is such an animal. Someone just get Amigo Brett to stop wearing Krystle Carrington’s jackets with the padded Dynasty shoulder pads. 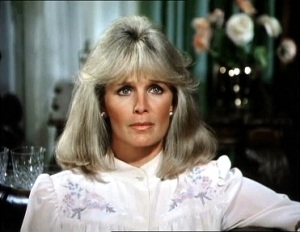 Today’s racing? Expect Joao Moreira to outdo even his greatest accomplishments. The Magic Man has an outstanding book of rides and could well be rewriting a number of record books today- weather gods and barrier draws permitting.

THE FAST TRACKER FEELS THERE’S MAGIC IN THE AIR 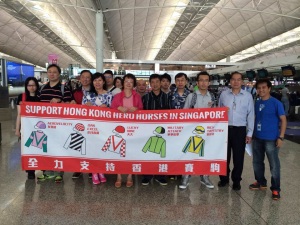 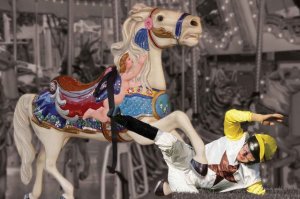 FROM THE RUMOUR MILL

Could lightweight South African jockey Richard Fourie, below, who had an extremely successful season in Hong Kong two years ago before leaving to take up a retainer with the powerful Justin Snaith yard in Capetown and Port Elizabeth, be returning to Hong Kong on a mid-term or long-term contract? 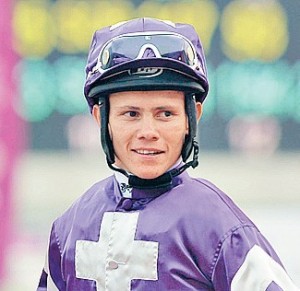 The more pertinent question might be, Who will not have their riding licenses for next season renewed?

THE MAGIC MAN SIX UP

1 Response to THE ZAC PURTON INTERVIEW, ANKLE BITERS, POSTCARDS FROM MAURITIUS AND THE FAST TRACKER AT SHATIN