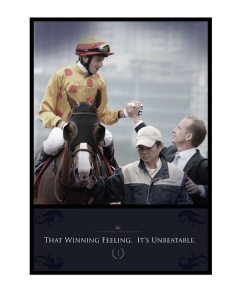 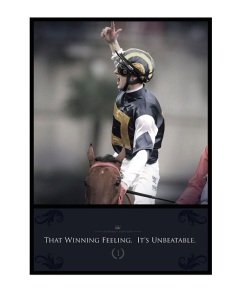 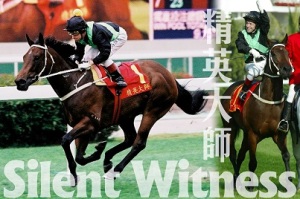 “When going down to the barriers before the second International Sprint he won, I looked up at the grandstand and all I saw was this sea of green and black colours. I was so moved, I pumped my fist in the air, which is pretty uncharacteristic of me.

“When I knew we had the race won, the roar from the crowd- the energy from those thousands- was a feeling I can’t put into words. It was Hong Kong cheering itself on.”

Though the mighty Co-Tack came before as did Sanford Yung’s Silver Lining and Sacred Kingdom was to follow, Silent Witness will always be Hong Kong’s favourite equine hero.

The Silent Witness fairy tale unfurled in 2003 at a time when Hong Kong needed a light to shine down on a city under a depressing cloud brought on by the SARS epidemic- Severe Acute Respiratory Syndrome.

It was a very stressful time where even the thought of venturing outdoors was fraught with anxiety, offices closed due to news of someone in the building having contacted the disease while we watched television for the latest news, and walked around wearing masks.

The tourism sector was crippled, and, along with it, the image of Hong Kong, the city, and its people almost being seen as lepers on air-flights and when trying to enter other countries.

And then, there was Silent Witness, a champion galloper that was all heart and offered many what was much needed at the time- hope and a much-needed break from the enemy and terror within.

Like Seabiscuit had given America something to cheer during the Depression Era- a broken down horse that combined with a broken jockey- to create history with its incredible heart and winning spirit, the combination of Silent Witness, trainer Tony Cruz, jockey Felix Coetzee and owners Archie and Betty Da Silva, did more to lift the spirits of Hong Kong than anything the government could come up with- like that very expensive lesson in misguided, mis-spent farce called HarbourFest aka “Harbour Farce”-a flagrant waste of the taxpayers money.

Silent Witness was a free show for Hong Kong every time it ran- and so was owner Archie Da Silva who screamed, cried and cheered his horse home oblivious to the television cameras and press photographers capturing his every mood.

It was raw emotion and great to see on a race track. 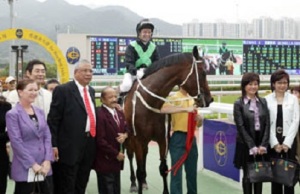 Tony Cruz had ridden the mighty Co-Tack when Hong Kong’s Champion Jockey, and though not, in any way, playing down that horse’s exploits, Silent Witness, he says, was the better horse in a different era, and with those seventeen consecutive wins to his name.

“Silent Witness lifted the spirit of the Hong Kong people,” he says. “He brought non-race-goers to the races just to see him win. He hated to lose.

“Even when going down to the barriers before a race, we had to take him out last. The first few times we took him out with the other horses, he wanted to race them.

” He was an amazing horse- extremely competitive, just kept improving all the time, and his confidence filled us with confidence”.

While the great South African jockey Felix Coetzee rode the great horse to its 17 consecutive victories, those at the Shatin racecourse were riding it with him. 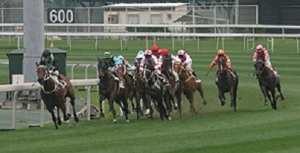 When Felix would say to his partner, “Okay, pal, enough of this playing around, let’s show them who’s the boss” and click it up- never resorting to the whip- to coin a well-worn racing cliche, but truly appropriate here, Silent Witness “found another gear.” It suddenly became Usain Bolt.

“Man, he was a very intelligent horse-he had such a heightened sense of awareness of everything around him”, says Coetzee, certainly one of the most popular jockeys to ride in Hong Kong.

“When we worked him, he would be the last one onto the training track as he just wanted to get out there and show everyone that he was The Man. He was a Rock Star- and he knew it. I have never known a horse like him. Never will”. 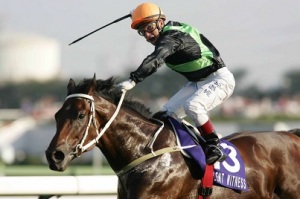 According to TIME, the gelding was named “one of the 24 people that mattered most in 2004″.

“If you remember, he dumped me the day before the big race in Japan,” recalls Coetzee. “He ran a lap of the course as if to show the local horses that The Man was in town. I was worried about him taking off like that on the eve of the race, but Tony (Cruz) was unfazed. And he was right. Silent Witness blitzed them.” 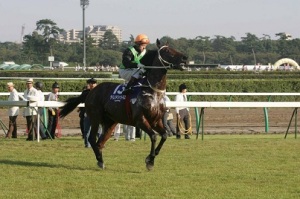 Silent Witness just lost going for a record-breaking eighteenth win. “I was gutted when he lost,” says Coetzee. “He still wanted to go into the winner’s enclosure as he had always done. I had to tell him, ‘Not this time, old friend’”.

Winning streaks always come to an end, but Silent Witness had given Hong Kong something to cheer when there was only gloom and doom around.

The spirit might have still been willing, but the legs were old, and the great horse was given a brilliant send off as he proudly trotted by his huge fan club one final time before heading for a well-deserved retirement home for champion horses appropriately named Living Legends. 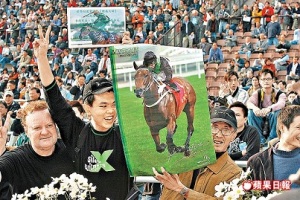 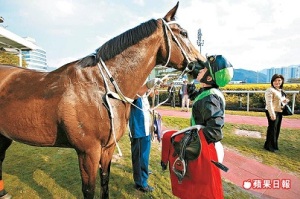 Adds Coetzee, “I’ve gone down to Living Legends in Melbourne to see my old friend. I’d like to think he knew it was me.

“When in Hong Kong, I’d visit him in his stable, and he’d take the peak of my cap with his teeth and turn it all the way around. It was a game we played.

“When we met each other after all those years, mate, he did the same thing with my cap.

“I’m tipping he remembered me”.