WHEN THE ONLY NEWS IS BAD NEWS 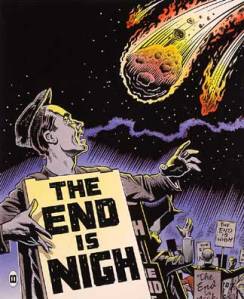 The surest sign that an industry or business or sport is in trouble is when the only news about it is negative. Front page headlines, lead items on news bulletins, seldom if ever are about positives. Society is conditioned to accept and anticipate negatives and bad news. Perversely, it thrives on identifying the problems and wallowing in self-pity. Forget the solutions, the positives. That would just mean there’s less to whine and whinge about.

Sound familiar? It’s called the Australian racing industry. Run by a bunch of men and women so way past their use by dates, they might as well operate out of nursing homes. You can add many members of the racing media to this motley crew as well. Nah, not the guys below.

Reading a piece by one of bleak city’s racing hounds – Rod Nicholson in Wednesday’s Herald Sun- gave one a small degree of comfort that there’s little difference in the standard of racing media reporting between the two States.

We don’t know Nicholson, although we remember his by-line from several years ago reporting on the cricket. Well cricket has come a long way since, hasn’t it?

Nicholson and his mates in both states must have a symbiotic relationship with their respective racing administrations and their custodians of all things integrity. The administrators and their racing police seem to have an addiction for their regular public chest beating displays eagerly proclaiming that they’ve busted another drug cheat or rule breaker. And don’t the media just thrive on it. It’s like fertilizer to a garden bed. 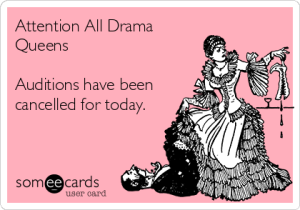 Nicholson editorialized about what has become a familiar theme among Herald-Sun racing journos in recent times – the delay by bleak city governing body Racing Victoria in concluding the investigation into the cobalt positives returned by horses trained by Peter Moody, Mark Kavanagh, Danny O’Brien and the father and son team of Lee and Shannon Hope.

One conclusion which can be drawn with this recurring and boring theme in the News Corp rag is that they are just desperate for a big enough story that can be keep the negative headlines going through dim and dark days of winter which lie ahead for their hapless citizens.

Wouldn’t they love another Essendon style drug scandal which can be milked for another two and a half years?

“Victorian racing risks self-inflicted public scorn over the cobalt drama, similar to what the AFL suffered during the Essendon supplements saga”, opined Nicholson in his opening line. And later “Racing’s public image has been tarnished, leaving it perceived as a sport incapable of tackling the issue or lacking confidence that its rules are iron clad”.

Mate, how can you tarnish an image that has been tarnished for well over a century?

Joe Citizen couldn’t give a flying you-know-what about racing, let alone a little known compound called cobalt. Racing and corruption have been bedfellows for as long as racing has existed. 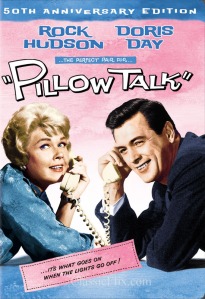 It might surprise some of the racing media Martians to actually come to grips with the reality that some of racing’s most infamous scandals have been glamourized and are part of Australian folklore.

Sure racing has cleaned itself up over time, but with corruption, drugs and criminality infecting far more popular and mainstream sports, racing per se, rarely records even a murmur on the Richter scale of public interest, unless of course it is an issue involving cruelty to horses or during a public event aka the Melbourne Cup carnival.

The Australian Racing Industry and its regulatory governing bodies need to be whacked mercilessly for so much – like incompetence, ineptitude, a failure to innovate and adopt modern business practices. But harping on a tarnished public image and keeping the issue bubbling over in the hope that it might develop into a soap opera like the AFL and NRL scandals, and give racing headlines that it can do without, only serves to distract attention away from the structural and manpower changes that racing is crying out for.

And you have to ask the question as to the extent of the damage that the Essendon supplements scandal has done to the image and brand of Aussie Rules.

If attendances, public interest and fan engagement are any guide- and they unquestionably are- then the impact of such “image breakers” has been negligible.

What makes no sense is the indecent haste of the racing police and racing administrators to make public what they term “positives”, even to therapeutic medications which can be commonly purchased over the counter and which are used to treat the most minor and common ailments in horses and humans and which have neither performance enhancing properties or pose dangers to human health and well being.

Racing would be far better off if it ceased turning the blow torch on itself, as it does continually, and turn its attention to getting its structure right and selling itself to yet another generation which it is on the verge of, yet again, losing. 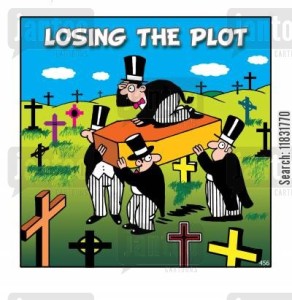 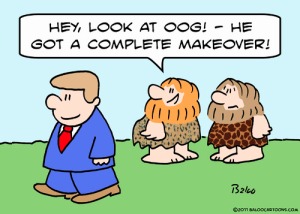 If Racing NSW could ever defy its conga line of critics and get its priorities right, Sydney metropolitan racing might have a slim chance of beginning the slow road back towards regaining the confidence of some of its “50,000” participants.

Randwick, for decades, Australia’s best racetrack in its ability to absorb and drain the all too frequent extreme storms and deluges that have forever threatened Sydney’s Autumn racing carnival, has, despite the valiant efforts of the track and ground staff, struggled year round to cope with adverse weather conditions.

Sydney’s “jewel in the crown” is no longer studded with diamonds. They’ve been replaced with zircons.

Like Flemington in Victoria and Eagle Farm in Queensland, Randwick is the premier race track. Punters vote with their wallets to wager at these venues. Randwick simply cannot cope with the traffic, which it is forced to cope with these days during the Racing season.

Yet again, it is another compelling reason why Racing NSW continues to have its priorities up its derriere in its business and financial planning and strategies.

To hear the constant drivel coming out of Druitt Street and its mouthpiece – the insufferable Peter Vlundies- about tax parity and directing any funding into already bloated prize money levels is nauseating to the entire NSW racing industry and its “50,000” participants. 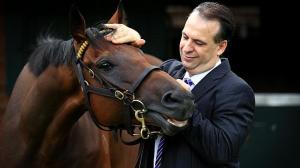 The Randwick course proper is in desperate need of a complete makeover – not a makeshift patched up solution. It needs millions to be spent on getting it right. It should and must be the number one priority for Racing NSW and NSW racing.

Despite the “spin” that has been trotted out about the Championships, confidence in NSW racing is at an all time low- and deteriorating even further.

With an active Racing Queensland getting its act together, is it any wonder NSW trainers are sending their horses over the border every weekend to race in the Sunshine State? And why are Chris Waller and others contemplating opening stables in Brisbane? Just imagine the impact on Sydney’s already decreasing field sizes?

Yet Racing NSW continues to ignore the lessons of history. Yes, Nero continues to fiddle while Rome burns. It’s quite mad. 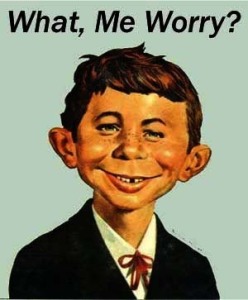 FRANKIE OFF TO A FLIER IN EUROPE

The 2015 flat racing season is off and running in Europe and one man is making plenty of noise in the saddle.

Our great mate Frankie Dettori has kick started the new season the only way he knows – with a bang, or should we say, with plenty of “star jumps” in the winners stalls. 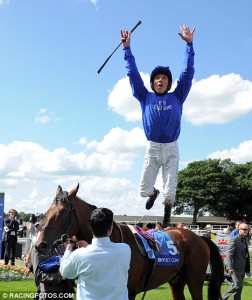 Frankie’s career in the saddle is studded with successes. In racing, Frankie is one of few who can be comfortably described as being “larger than life”. Frankie is an icon, a legend who has done more for racing than many others, collectively.

He is one of a rare breed. One of the real “personalities”’ that racing can offer to market and promote itself around. He is Joao Moreira, a Douglas Whyte, a Gai Waterhouse rolled into one.

Frankie was synonymous with the great success, or as some would say, the glory days of Godolphin in European racing.

Frankie Dettori and Godolphin were European racing’s “dream team”. They were like Hong Kong’s dream team of John Size and Douglas Whyte. But much much bigger.

But like most partnerships in racing, the clock struck midnight for the Dettori-Godolphin dream team, coinciding with the decline of Godolphin’s position as the dominant force in European racing.

True champions never give up. And Frankie’s new alliance with the rising force in global racing- the Qatar royal family’s Al Shaqab conglomerate is staring to pay dividends with success on the racetrack.

The Qataris have a bottomless pit when opening their wallets to purchase champion racehorses and cherry picking the best in the breeding barn.

Sheikh Mo and his Godolphin henchmen may have done Frankie Dettori a favour by letting him go. His replacements, and there have been many of them, have hardly set the world on fire.

European racing needs Frankie’s success to continue into the rest of the flat racing season. It could be one of the best stories in the 2015 racing year in Europe.

3 Responses to THE NINNIES ISSUE