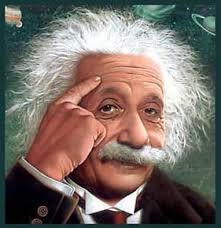 THE LOSING BATTLE AGAINST DRUGS

The report by the Australian Sports Anti-Doping Authority (ASADA) that competitors in such less glamourous and non-mainstream sports such as Darts and Surf Life Saving had returned positives to performance enhancing substances sends a clear and unambiguous message that sport has changed forever.

The use of performance enhancing drugs is rampant in every sport. Sports that were previously immune from drugs can no longer claim immunity. They share the same boat that Racing has been sailing in for a century and beyond. Racing no longer can lay claim to being the only game in town when it comes to the murky world of insidious and dangerous drugs used to manipulate the outcome of competition. It is no longer in a league of its own.

Each day literally brings new scandals involving the use of performance enhancing drugs across a wide spectrum of sports.

Despite the best efforts of the World Anti-Doping Authority (WADA) and ASADA, and for that matter every such body in every country in the world, the use of these drugs continues to spread out of control like a bushfire with no signs of containment.

To get to the heart of the problem, the most fundamental and basic question which surely must be asked is what is sport all about? Competition, after all, is about performance isn’t it? And doesn’t the whole training and preparation regime centre around improving an athlete’s performance, or in racing, a horse’s performance?

Sport and racing will, in the not too distant future, be forced not only to accept this basic proposition, but to confront the failure of its operational and integrity models to adjust and change to a social and philosophical environment which, in itself, has changed forever.

At face value, it is difficult to come to terms with the sense of hypocrisy that pervades both the classification of certain therapeutic medications and drugs, and the treatment regime and rules and regulations relating to these substances and products in horse racing.

It is an absolute truth that the overwhelming range of therapeutic medications and drugs prescribed by veterinarians to treat horses for a variety of ailments and problems contain varying ,but not substantial, amounts of what are deemed to be “prohibited” substances and drugs. It is the reason why there are thresholds under the rules of racing.

However, its also factual that many pf these medications can be prescribed by medical practitioners to athletes to engage in competition and to enable humans to get on with their daily lives and work commitments.

But in racing the rules are enacted to within a millimetre of a degree of variance and often prevents a horse from taking its place in a race despite the fact that they don’t pose a risk to themselves or other horses or to that of riders that would not normally be posed in races.

Two of the most commonly prescribed “sinister” substances of recent times – Cobalt and EPO- are present in many legitimate supplements and are used legitimately and under scientifically established dosages in the treatment of many serious and not so serious ailments in humans.

The capacity to increase or boost red blood cell production under strict medical supervision makes them an essential part of a surgeon’s arsenal in an operating theatre and in the treatment of chronic disease.

The medical community, health professionals and, increasingly, society recognizes their value in the treatment of chronic diseases which are often life threatening.

Racing, however, is still and forever bogged down in resisting change and recognizing that the world out there is a different place to what it was, not just in the last century, but as recently as the last decade.

Racing’s reactive response to any issue renders it resistant to change or to even instigate a debate and conversation about being dragged into a world where prohibition is an open invitation to break the rules.

This is evident in its starkest form in society’s changed attitudes to what these days are referred to as “recreational” drugs, an attitude which has resulted in a widespread use of such drugs across all social demographics.

Its rampant and uncontrolled use has spawned such extreme sinister and life threatening drugs as “ice” and GBH, part of the methamphetamine family.

The very sanitizing of drugs such as cocaine, ecstasy and marijuana by labelling them “recreational” provides these drugs with a de facto legitimacy and widens the gap in generational thinking and attitudes. For the manufacturers, dealers and users, it is a marketers dream.

There is little doubt that many of the drug-related issues in sport have arisen through the inability and failure of sports administrators to come to grips with, and their refusal to recognize that sport is no longer the genteel pastime of gentlemen and ladies. It never was.

Racing is no different. Except racing has often been described as a “rich and colourful” history with some likeable and not so likeable rogues resorting to illegal performance enhancing techniques, substances and manipulation to achieve a pre-determined outcome of a race. It’s as old as racing itself.

But racing has to extricate itself from its sanctimonious posturing and chest beating when it keeps monotonously reminding the community how uncompromised it is with maintaining integrity.

The flawed view that “catching” the cheats demonstrates how serious racing is, and how integrity is working effectively, is no longer an argument or alibi that resonates in the community. It merely magnifies the problem.

Sport per se is perilously close to placing all its cards on the table and revisiting all its rules and regulations relating to how performance, and more specifically enhancing performance, should be treated.

Racing must have a seat at the table when these issues are debated. It cannot afford to be left behind.

A VERY DIFFERENT TAKE ON PARITY

NSW Racing Minister Troy Grant, below, appears to be drawing a line in the sand with his approach to the tax parity argument for NSW racing.

Whilst not committing fully in precisely how any tax parity funding arrangements will be finalized, Racing NSW’s flawed preferred position of using it to fund prize money/ and more prize money- has got the ‘cold shower” treatment.

The Racing NSW position has been unsustainable. NSW racing has more pressing priorities, which have been neglected for decades, and the chickens have come home to roost in a big way.

To his credit, Troy Grant has recognized, that despite the, at times, hysterical campaign that has been run to blame prize money levels as the root of all NSW racing’s ills, the problems are far more systemic.

If it were as simple as engaging in a continuing prize money spiral to fix what is, and has been broken for a long time, then the solution would be a “no brainer”. But it isn’t.

In NSW unlike their despised enemies across in bleak city, racing is dominated by cash upped elites. If the prize money argument were to be applied to this sector, then it would be unlikely if metropolitan stakes of even $500,000 would provide relief to sustain the balance sheet for these owners.

It’s so flawed and misleading, it takes Governments, the racing community and it’s “50,000” participants for fools if not morons.

NSW racing, despite the “spin” from the likes of News Limited, will not be rescued by the Championships and its obscene and skewered prize money levels.

New owners and the participation of the “little” men and women in racing, so much a feature of Victorian racing, will not be attracted by excessive prize money levels.

For racing in NSW, and for that matter, anywhere else in Australia and the world to survive and prosper beyond elitism, it must lower costs. 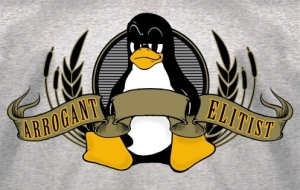 Just as in the real world propping up wages is no panacea for the spiralling costs of living, racing must attack its problems at a grass roots level.

Racing must embrace syndication and the involvement of ownership entities which can share ownership percentages at the lowest possible share levels, if it is to reconnect as a mainstream sport, which it once was.

When grass roots racing is strong, racing as a whole is strong.

One of the most significant talking points at Randwick last week was the very glaring gap between the artificially manufactured hype about the Championships being a “world class” racing and sporting event, and the cold hard reality which was apparent to every one of the supposed 23,000 odd attendees and the television audience.

Randwick needed to be packed to the rafters and it wasn’t. It lacked the vibe of Flemington during the spring, and certainly is eons away from the exciting and inviting atmosphere of Happy Valley.

It is not a people friendly venue. The members areas can be a nightmare to navigate through and the revamped Randwick has a sense of remoteness which it never used to have.

For the second consecutive year, the marketing campaign failed to create the interest that was expected and needed to deliver.

Compared with bleak city’s spring racing carnival, there just was no compelling reason to be there. If the quality of horses competing were the sole motivating factor, then the house full sign should have been posted weeks earlier. NSW racing administrators just don’t get it. The only thing they get is to play The Blame Game and spin things so way outta control, it makes even themselves giddy in the process. It’s kids stuff.

NSW Racing is in dire straits despite the dozy spin coming from those that are part of the problem.

If Troy Grant sticks to his word and manages the allocation of extra funding, NSW racing may just have a fighting chance of dragging itself out of the mire that it has been shovelled into by those with personal agendas, rampant egos and devious spin to conceal their massive failures at turning NSW racing into a competitive industry in a sport challenged by its own inadequacies. 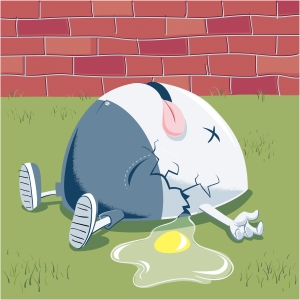 Putting aside the appalling track conditions which legitimately put paid to the chances of many of the international racehorses during the Championships, the connections of Protectionist and Adelaide must be questioning the decisions which they made after both horses were so dominant and triumphant during the Melbourne spring racing carnival.

Protectionist, hero of the 2014 Melbourne Cup. where he smashed his opposition by a margin in excess of four lengths, was an abysmal flop during his Autumn campaigns in both Melbourne and here in Sydney.

He was a shadow of his dominant self and failed to make the frame in both States, pulling up with an injury after his Sydney Cup flop last Saturday.

Some judges from Europe just couldn’t understand why connections did not return the horse to Europe for a well earned break and a similarly placed preparation prior to a return to defend his Melbourne Cup crown.

A very limited break from the spring and an Australian style preparation with lead up runs crammed into his program were always going to be a risk. And that’s how it turned out.

Adelaide, last year’s Cox Plate winner, was set for a first up tilt at the Queen Elizabeth. He failed and the finger was pointed at the track. Yet Adelaide had literally been on a racing Tour De France in 2014. And his success was outstanding. But a short break and preparation to embark on a single target program down under, clearly unravelled.

Like Protectionist he should have been on the first flight back home to be prepare for a European campaign and return to defend his Cox Plate.

Rushing European horses from short breaks and into gruelling preparations for their Autumn campaigns is fraught with danger. Unless of course your name if Red Cadeaux…