SAVING THE HUNTER: A LOSING BATTLE? 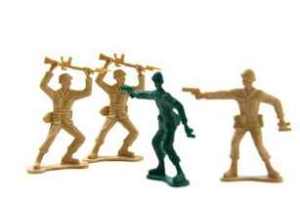 It’s one of the more daunting tasks facing any individual, political party, business enterprise or industry sector. Taking on the miners is a David and Goliath exercise, which, as history has shown, Goliath will again be at prohibitive odds to win the prize. 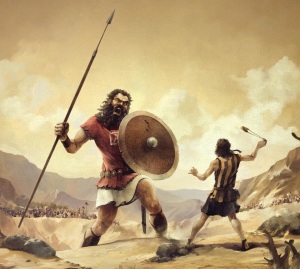 The miners are Australia’s most powerful lobby group. They are cashed up with limitless resources and budgets to fund and win campaigns. They pay big bucks to hire the best strategic brains and communications expertise that money can buy.

Saving the Hunter – Australia’s very own blue grass Kentucky, the heart and soul of Australia’s breeding industry- is going to be a daunting task, a task which will require a newer, less traditional, clever strategy, which, sadly, is one of Australian racing’s greatest deficiencies.

Getting some of Australian racing’s most respected and eminent figures on side to support saving the Hunter from being turned into a giant coal mining quarry and fracking centre for coal seam gas is only one part of the overall strategy. It sends a strong message to the racing community that respected and iconic figures in the industry are on side. But their support is one small step, which is not going to be an effective enough weapon to win the war against the powerful mining industry.. It is a important peripheral strategy to the main game.

The most telling, and as yet unanswered questions, are a simple yet critical set of arguments which need to be countered- and countered effectively if the breeding industry is to have even the most remote chance of turning the tables on the miners- questions such as, Why is the Hunter so crucial and indispensable to the billion dollar Australian breeding and racing industry? Why can’t it be relocated elsewhere in NSW. What quantifiable net losses in dollar terms will the Australian economy suffer through a destruction or relocation of the breeding industry out of the Hunter?

Like most similar issues in the 21st century, and particularly in the current commercial and political environment in Australia and the rest of the world, it is all about the economy and the economic impact of decision making.

The mess of its own making by the Abbott Government of its battered 2014 budget strategy is a shining example of what any industry and, in this instance, racing MUST avoid doing if it is to save one of Australia racing’s most valuable assets – the breeding industry in the Hunter Valley.

Sentiment and tradition matters zilch these days in an increasingly tough and Darwinian environment.

Sentiment and tradition have proven on so many occasions in recent times to be racing’s biggest impediment to achieving a secure and meaningful future.

The argument put forward by some of saving towns and cities of their birth and those of their forefathers from mining and coal seam gas exploration and fracking no longer stacks up.

If the save the Hunter campaign does not offer a strong and credible economic argument to stop the intrusion of mines and pipelines, then the Studs might as well continue exploring the relocation options that some of the major players are already undertaking.

It would be short sighted to rely on court challenges to secure the future of the Hunter:!History has thrown up ample precedents where the force of commercial considerations are almost irresistible.

The power, strength and expertise of the Mining Industry provides it with an instant and powerful advantage over racing, or for that matter, any industry which stands in its way. 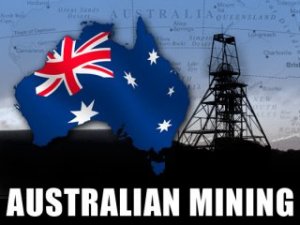 Like any champion stayer, racing will need unlimited reserves of stamina and a pedigree page saturated with black type if it is to have a fighting chance of repelling the unwelcome invaders.

If racing’s track record is any guide, then it’s doubtful if it has both the stamina and pedigree to win such an important war. 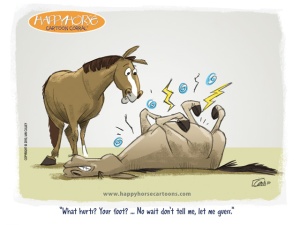 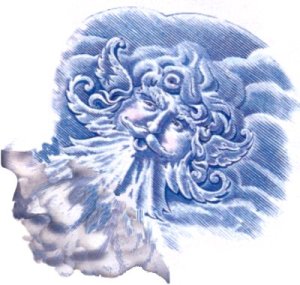 Of all the various deities, the Weather Gods, can sometimes have a monopoly on cruelty.

Last Saturday’s postponement of day one of the Championships was a tragedy. To have a stellar card on Easter Saturday with an estimated attendance that just had to exceed 25,000 postponed to Easter Monday and reduced to just over 11,500, demonstrated that the Gods have not been kind to NSW racing. They haven’t been kind to NSW racing for some time 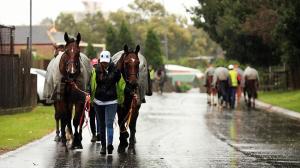 The Sydney Autumn racing carnival has been battered and bruised by extreme wet weather for the past decade. Go back two or three decades and the Weather Gods were a lot kinder. But that was pre climate change. And yet, the bleak city braggers had in excess of 7600 through their turnstiles at Caulfield for an Easter Saturday card which defied comparison to what even Rosehill offered up the previous Saturday with its feature BMW as its headline act, and yet could only attract 7900 through the gates.

The one bright spot was Tab turnover, which, despite the weather and date change, did not dip as much as was expected. But there is a sting in the tail: It should not have dipped at all. And given normal weather, it would have exceeded last year’s turnover by a very healthy percentage. 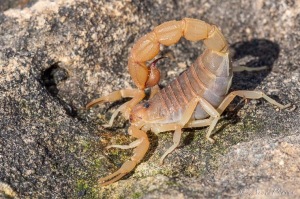 The domino impact of reduced attendances and, particularly from other states and overseas, will be felt on the important economic benefits that NSW can expect from the Championships- and you better believe it despite what “spin” the spin doctors will attempt to put on it. 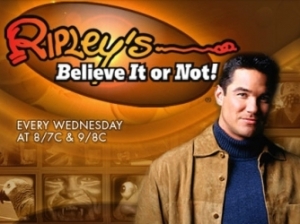 The whole tax parity argument which Racing NSW put to the NSW State Government was based around two basic arguments: economic benefits to NSW and putting more dollars into prize money, making the prize money levels for the Championships even more obscenely excessive than they presently are.

The economic benefits argument is a non-negotiable one. It’s a potent “show me the money” argument and it works.

It is why the Victorian State Government funds overseas tourism missions aka junkets to promote the spring carnival.

For NSW to even remotely replicate the economic benefits success of the Melbourne spring carnival will take time. Throwing money- indiscriminately- at Racing NSW through a tax parity arrangement in the hope that it will be used to fund marketing and promotion of the Championships and much-needed infrastructure gives no guarantee that it won’t be used to prop up prize money and engage in a pointless war with Victoria.

The prize money argument for the Championships is so hollow it is embarrassing that Racing NSW and its dear leader are still pursuing it. 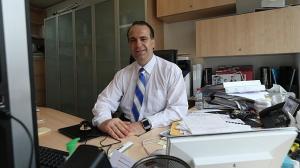 We’ll say it again: Throwing millions more at prize money will not make one iota of difference to the quality of international or domestic participation in the races. The best of Europe will not forego the European flat season for the trip down under. And whatever they send will be another Gordon Lord Byron. And Hong Kong, with it own high level of prize money at the elite level, and some of their most prestigious races programmed at the same time of the year, will make it near impossible to attract the “cream” of its super stars of the turf. 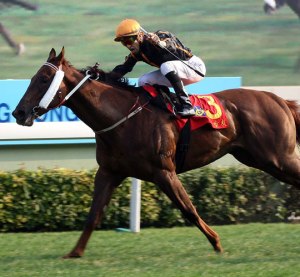 As for the US, the less said about some of their heavily medicated so-called “super stars” the better.

Fast forward to day two of the Championships tomorrow; it is arguably the best race day in terms of quality so far in this racing season in Australia. It deserves divine intervention to talk the weather gods into being merciful.

Let’s hope the attendances at Randwick get close to 30,000. Not only is it a fabulous card, but Joao Moreira, Zac Purton, Ryan Moore and Australia’s best add another dimension to the intense competition which the ten race card will offer.

Despite the economic doom and gloom, this year’s yearling sales circuit has continued on its buoyant upward trend in recent years.

Australia’s signature sale – the Inglis Easter yearling Sale- has been a runaway success with new records in every KPI area.

A $20 million overall increase for Session One of the sale was a stunning result. International interest translating into purchases has given Australian breeding a solid foundation to build on.

Among the key buyers were the UAE’s Shadwell Estate with its expanding Australian, European and South African footprint, signing up for 19 yearlings totalling over $6.6 million.

The China Horse Club and their partners bought 21 yearlings at a staggering spend of $9.12 million. 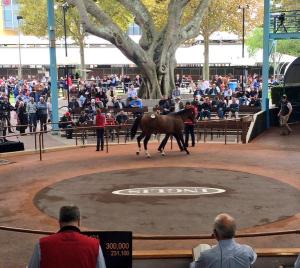 Gai Waterhouse and her partners paid in excess of $6.4 million for 23 yearlings. And there were more. 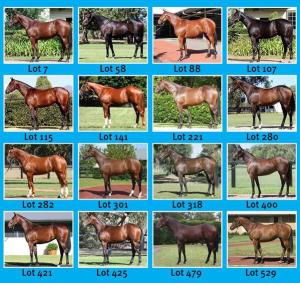 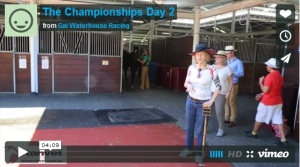 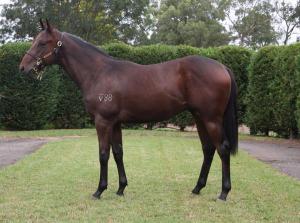 The strong international presence in the buying bench reflects not only the impact of shuttle stallions, but also of Australia’s ability to successfully produce stallions capable of making a name for themselves on the international stage.

Redoute’s Choice and Fastnet Rock need no introduction, but with Sepoy, Foxwedge, So You Think, Pierro and All Too Hard waiting their turn, the future looks healthy and rosy for the breeding industry.

If only Australian racing can get ITS act together. Sigh. 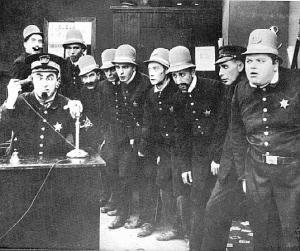 1 Response to THE SERIOUS ISSUES ISSUE