TAKE IT ON THE SHINN, PETER ROBL!

It’s always admirable when friends stick up for friends, but the recent Mount Vesuvius of tweets from former jockey Peter Robl, known to many as a genuinely nice guy, almost demanding to know why his bon ami and brother-in-arms, Blake Shinn has not been licensed to ride in Hong Kong, are not only misguided, they have probably short-circuited whatever chance the very talented and, recently, extremely successful Sydney-based jockey, whose praises we have been singing for over a year, ever had of riding in the city. 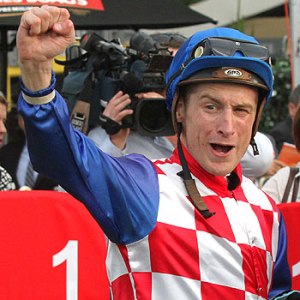 In Hong Kong, Robl’s well-intentioned, but overtly emotional tweets hot on the heels of the announcement that the talented 21-year-old Damian Lane has been granted a licence to ride in the city from March 29 to the end of the season, has been greeted by fellow jockeys here with a bemused, “Is he (Robl) suffering from selective memory recall?”, a reference to THAT incident involving Robl and Shinn in 2010.

The past is the past and time heals all wounds, but not when one goes outta their way to unwittingly reopen them and make themselves- and their mate- look a tad silly in the process.

The HKJC runs an extremely tight ship, and naive tweets like those from Peter Robl only help to open old wounds.

One might huff and puff, but no one can blow this particular clubhouse down. As to hoping for support from the court of public appeal, that won’t work either- not when it means receiving the support of the all-important Chinese racing media that will not go to bat for a jockey they’ve never heard of.

When one of the more well-known of these local racing journos was asked about Blake Shinn, their answer was not surprising: “Is that the name of a new Hong Kong apprentice? Shin?”

Let’s not be so geographically challenged as to lose sight that Hong Kong is part of China and which language has the power and the loudest voice amongst trainers, owners, local racing fans… and the HKJC.

One can’t help but wonder that in his Don Quixote Moment to have a tilt at the windmills, Peter Robl has not gone and opened Pandora’s box and let out that wascally genie… 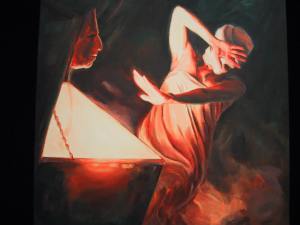 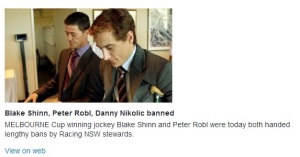 1 Response to TAKE IT ON THE SHINN, PETER ROBL!