OZ RACING’S AGE OF DISCONTENTMENT, ONLINE GREMLINS AND THE FAST TRACKER AT SHATIN

HAVING VISION AND SUDDEN FORESIGHT: THE TVN SAGA AFTERMATH

This is a PS to our overview yesterday of the TVN fallout, and which, when we predicted it almost two years ago, was laughed off by learned scholars and pundit nehrus of the sport in Oz as the result of drinking too much Kool-Aid.

What are these same cock-eyed optimists doing today? Backflips, backtracking, gorging on humble pie with the panic button having gone off as it’s affecting the careers of many well-known talking heads.

Looking ahead, with Doris Day singing Que Sera Sera, whatever will be will be and solutions will be found and, possibly, new players like racing.com might enter this politically-motivated boulibaise for extra seasoning.

But here’s where it confuses us: Even the biggest simpleton and most wide-eyed Pollyanna knew that TVN was doomed from the stop-start.

Certainly, all those big players involved knew all too well about “the enemy within” who was allowed- allowed, chitlins- to run the Titanic into the ground and watch it sink.

Now, the warring parties have had their Eureka moments with all kinds of solutions and, apparently, new partnership deals coming outta their yazoos.

But, hang on: What about right here and right now?

What about looking after the interests of those propping up this dysfunctional industry manipulated and mauled by the usual suspects- the punters and racing fans?

Tomorrow is a very long time away from Today. It’s an eternity and it might not even appear.

Why there haven’t been Plan B options figured out and at the ready in hip pockets when the inevitable was very well known almost two years ago, displays a heady mixture of sheer stupidity, naivety, and the usual practice of closing that barnyard door after the horse has bolted, and with scant regard for today’s punter who could well not be there tomorrow. Out of chaos comes more chaos and confusion.

To leave the Aussie punter in the dark about everything for so long- Commingling? What commingling if Hong Kong races are reduced to replays and playing second fiddle to the dogs and trots?- while the key players disappear like Jimmy Hoffa swimming with the sharks, and all that one-time Warney-type spinning is suddenly flipped off and becomes a series of no-balls, shows sloppy seconds leadership on all sides and an arrogance that should not be tolerated.

While, perhaps, the HKJC should simply stream its races ‘live’ and not wait for the geniuses at Tabcorp to see the light, the Keystone Cops bumbling, the in-fighting, and now, all-a-flutter with negotiations after negotiations with so many different parties makes the Australian racing industry look like confused bit players in a horse opera with no Happy Ending in sight no matter how it will be massaged and, eventually, fed for public consumption with muted bells and whistles.

When gremlins struck Melbourne’s RSN Racing and Sports radio station yesterday and its online capabilities went down for the count- once, twice, thrice- through a problem with its internet connection, it shone the light very brightly on the shortcomings and lack of smarts of horse racing in the digital age.

Forget all the chest-pounding about pundits and jockeys “embracing social media” and the online world. That’s just the hollow sound of trumpeting egos hell-bent on transparent self-promotion. 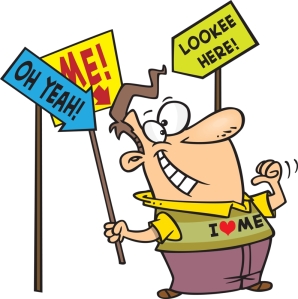 While the far more advanced music, television and film industries struggle to come to grips with online streaming sites and the downward spiral in digital downloads, plus being attacked on all sided by illegal file sharing and a generation thinking nothing of rocking up and stealing content from sites like Pirate Bay, horse racing, without ANY of these problems, remains way behind the eight ball with even its websites usually a dog’s breakfast to manoeuvre through.

It makes one wonder how HR recommends many of racing’s IT hires just as much as how these incompetents continue in their roles despite their very evident shortcomings. Then again, obscenely overpaid hires in many key executive positions in horse racing is equally baffling. 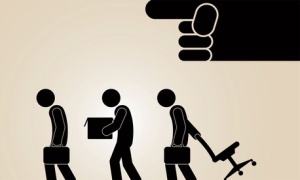 For RSN to not have a strong enough backend in place to get back on air immediately and not stop-starts for four hours showed a lack of knowledge of technology 101, something also evident in every other online racing channel from Perth to Canberra to New Zealand.

None, zero, zilch are iPhone, Smartphone or Blackberry-friendly in that their broadcasts fade out after two minutes or the audio disappears when keeping these sites open, but moving away to check on anything else on your iPhone.

At least, with RSN, one can still work on emails, go onto twitter, Instagram, WhatsApp, WeChat, Facebook etc while still listening to its ‘live’ broadcasts of the races- when it’s working. Not so, however, the other online channels- once you actually find out where their radio streaming G-spot buttons are hidden.

Having music fans more tech savvy than music companies, grey online copyright laws and online piracy have crippled the music industry. The horse racing industry isn’t plagued by piracy. But not being able to deliver its product to customers when they want it, how they want it and where they want it is going to be a right old turn off in more ways than one.

Believe us when we say that in a 12 Step Online Programme, horse racing has barely stood up and introduced itself: “Hello, we are Horse Racing and despite our army of IT foot soldiers, we know bugger all about how the online world works.” 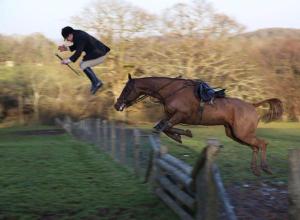 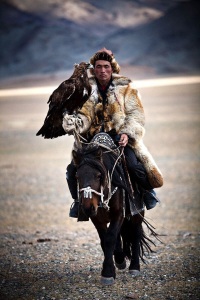 The booking of Douglas Whyte for Jun Hao catches the eye, and if it’s ever gonna win a Class 5 race this season, it’s today. 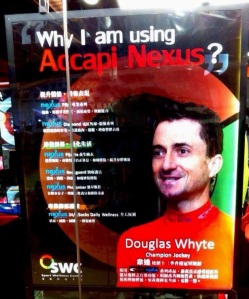 Jeez, there are some ordinary types running here that looks like a benefit race for some Macau owners we know who purchase utter crap just to say they own horses. Speaking of which, don’t be surprised if serial photobomber Natalis Chan were to pounce and, as usual, fling himself into the winning photo. 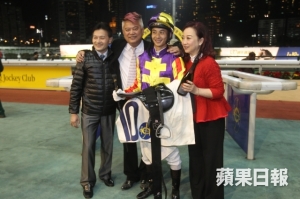 A shocker of a race over 1000 meters featuring some very average gallopers with time far better spent feeding the pigeons than worrying who might win this.

There’ll be plenty of money on Moreira’s mount Sugar City and it is sure to go close, but be careful about two lurking down in the weights- Motif and and Dragon Energy. 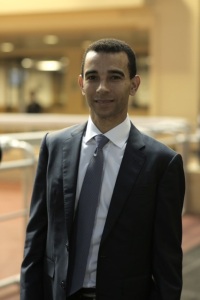 With over a million dollar jackpot for the Triple Trio, the HKJC has framed a dodgy looking first leg that, like the could be the ruin of many a poor punter.

Whatever you do, don’t follow the tipsters, don’t follow leaders, watch your parking meters, forget the favourites and go Alley Oop. If not, tell ’em, Iron Mike.

Trainer Benno Yung has treated Sensation with kid gloves after its first start win and then a disappointing fourth as favourite when trampled on in the race by another horse. Or was it Neil “Donkey” Callan?

With The Zac Attack aboard-and if the horse has got over its problems- it should take this out with Bear Rapper and Winner St Paul’s being the other winning chances.

Purton might despise the current cold weather, but has consistently proven that if a horse has been primed to win, unlike The Cisco Kid- Mirco Demuro- he delivers in boom boom spades. 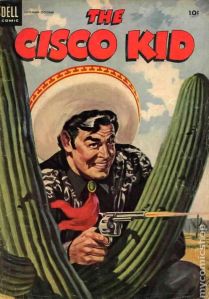 Cisco just continues to have problems getting his mounts outta the barriers though not in the same ways that afflicted the Prebble-Hall combination a number of seasons ago. Wonder what the hell happened to that one-time Happy McMeal though, with that albatross outta the way and a bon hommie relationship with former arch rival Douglas Whyte, Brett Prebble seems a far more chillaxed and dependable rider- and, as always, a very good one.

David Hall’s Good Luck Boy won at its debut in Hong Kong for “Fried Rice” Rawiller at its last start.

With only 113 pounds on its back, Vincent CY Ho takes over from Mr Chow Fan, and drawn favourably in barrier 13 over the 1000 metres Shatin sprint, it is double banker material with another last start winner in Jetwings. 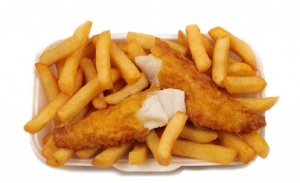 Two promising young types in Domineer and Key Witness meet here with my preference being the former. Whereas Key Witness, though good, still has to win me over as it’s best when ridden off the pace and has to have everything go its own way, Domineer seems a more versatile galloper and goes a treat for Zac Purton. 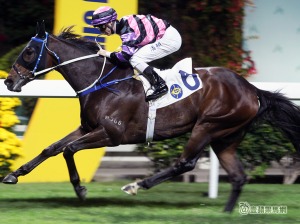 Whatever the outcome, it should prove to be a great contest between two of Hong Kong’s favourite sons- trainers Caspar Fownes and his Domineer while in the  red corner with his James Brown mankini is Tony Cruz and Key Witness, owned by the same connections as the mighty champion Silent Witness.

Tonyboy has been promising to deliver for so long and I’ll give him one more chance with “Millie” Millard calling on Zac Purton for some divine intervention. Either that or some of the other boys have given the thumbs down on Tonyboy as those others did on Tony Montana from “Cooooba”.

Others with chances are DaVinci and Bossie which, uh oh, has Cisco aboard.

A very open and even field and if playing the Six Up load up here as, looking at the field, Quasimodo rang some alarm bells in my head very loudly while Smurfs screamed, “Beware The Ides Of March” despite us still being in January.

These are the same bells as those that went off when the gates opened for the last race on Wednesday and Magic In The Valley went poof and bets on Soul Achiever- not a front runner and way under the odds- went down the gurgler. Hindsight is a wonderful thing.

A very interesting race and not only because the John Size-trained Contentment, looking to take its place in the HK Derby, has, again, drawn a barrier out in the boonies. 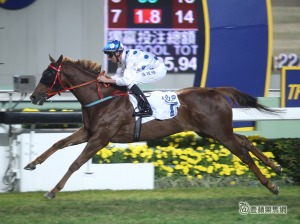 It’s not “a good look” to read after every race meeting, so let’s give it a rest and just stick to the fact that “Fried Rice Cosmo Kramer” is the master of his domain and building up a good fat book of winners. 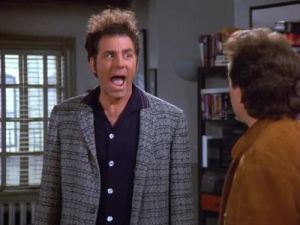 The interesting runner here is another Derby aspirant-Redkirk Warrior- that rattled home for fifth and earned Gerald Mosse a fifteen meeting suspension for his ride where the public jury is divided as to whether the punishment fits the supposed crime.

More telling is word that trainer Chris So was so happy with Mosse’s ride that he tried to High Five the French maestro after the race. Make out of that what you will.

2 Responses to OZ RACING’S AGE OF DISCONTENTMENT, ONLINE GREMLINS AND THE FAST TRACKER AT SHATIN