ALL ONE EVER NEEDS IS AN ABLE FRIEND

Of course, we knew he would win, and, yes, some of us might have even stifled a yawn thinking about that, But seeing the way Able Friend toyed with its opposition that included Gold Fun, Glorious Days and Ambitious Dragon in the Group 1 Stewards Cup- it was like a cat playing with a from Shatin Racecourse knowing we had witnessed a historic day in global thoroughbred racing. 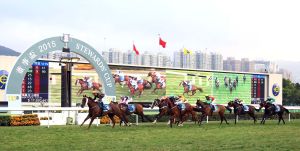 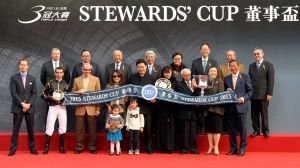 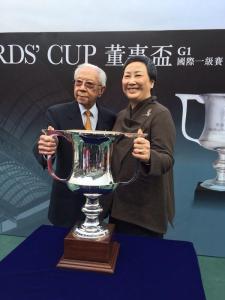 Yes, there was his scintillating win in the Longines Hong Kong International Classic Mile where he won against some International company, but yesterday’s win was almost a salute to being acknowledged as the highest rated horse to emerge from Hong Kong since the great Silent Witness. And like any perfect storm, all the stars aligned to create a brilliant day of racing, which became part of the Hong Kong Jockey Club’s ongoing 130th Anniversary celebrations. 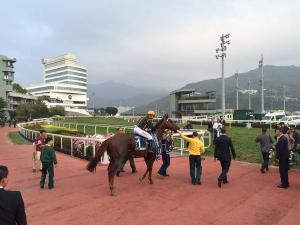 Though Able Friend stole the show, Sunday’s Rolling Thunder Revue included a great finish to the Kent&Curwen Classic Sprint where the Tony Cruz-trained Peniaphobia dug deep solve to get up and win.

There were masterful riding displays from Douglas Whyte, Zac Purton and the magic of Joao Moreira. 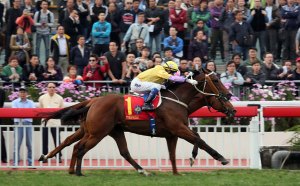 There were exciting finishes almost throughout the day whereas the presence of local celebrities Aaron Kwok and Sammo Hung, the brilliant Michael Kinane who rode in Hong Kong with great success including two unforgettable wins another Able horse in Able One, and Michael Owen, former football player and, today, horse owner and brand ambassador for Kent&Curwen, didn’t go unnoticed. 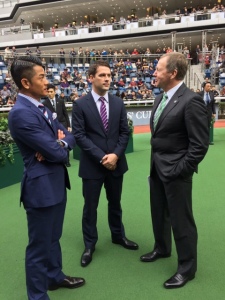 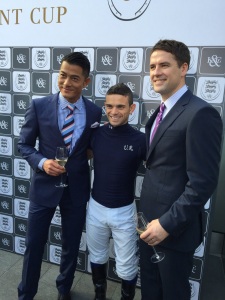 At least to this writer, whether taking on International opponents or not, Sunday’s emphatic win by Able Friend and the sheer joy and exuberance on the face of jockey Joao Moreira, the pride of ownership from Dr Cornel Li, and the incredible training performance by John Moore plus the foresight of young George Moore to purchase this now champion galloper as a yearling, pictured below, are all part of a feel-good story that horse racing desperately needs, and which shows the human face to the sport along with its heart.