The sensational news that has rocked the Australian racing industry with the collective statements by three of the most prominent and successful Victorian trainers – Peter Moody, Danny O’Brien and Mark Kavanagh- and Racing Victoria Stewards, confirming that horses trained by them had returned positives to cobalt (exceeding the threshold levels), is Victorian racing’s very own Boxing Day tsunami.

By way of background, in April last year Racing Victoria took the initiative of introducing a 200 micrograms per litre threshold for cobalt in horses declaring it a prohibited substance above that threshold.

It followed Victorian Chief Steward Terry Bailey, below, blunt statement that “intelligence”, both from overseas and Australia, pointing to the possible administration of cobalt, a naturally occurring substance in horses, and also present in legitimate therapeutic supplements commonly used on racehorses, in excess of the threshold to enhance performance.

In this context, the failure of Racing NSW and the Australian Racing Board (ARB) to swiftly replicate the Racing Victoria initiative is inexcusable, despite the normal “spin” that will be put forward by both organizations.

As Adam Pengilly observed in his very pointed piece in Thursday’s Sydney Morning Herald: “Would a national approach to tackle it and administer punishment, if charged and found guilty, be a good starting point? Apparently not”.

Leaving the bleeding obvious aside in relation to this glaring deficiency in a national approach to Australian racing’s rules and regulations, it would be naïve in the extreme not to recognize the potential career-threatening impact on Peter Moody, Danny O’Brien and Mark Kavanagh.

The damage- to date- has the potential to be a very small tip of a much bigger iceberg for all three.

Just about every facet of information that has been released on the culprit substance – cobalt is damning beyond question from its EPO-like properties to facilitate red blood cell production- markedly improves endurance and toxicity in regular high dosage. Its existence and use in both human and equine sport is now accepted, and no longer grudgingly.

What the Racing Victoria Veterinary Department, headed by former Hong Kong Jockey Club Chief Veterinarian Brian Stewart, and the stewards are publicly stating about cobalt is based on scientific evidence and knowledge which appears irrefutable.

Quoted on Racing Victoria website racing.com, Stewart categorically identifies just two possible sources of the elevated cobalt readings – direct administration of cobalt salts or massively contaminated feed or supplements: “Once you get up to 200, it gets into the millions to one of that occurring naturally. Any reading this high would likely be the result of massive contamination or deliberate administration”.

Racing.com further quotes Stewart stating that even a heavy administration of available vitamin supplements would not push the level above 50 micrograms. Hallelujah!

News Limited’s Victorian daily print flagship publication – the Herald Sun- in its Friday edition added more fuel to the already out of control racing bushfire with Matt Stewart quoting ratings analyst Dan O’Sullivan from SmartformRacing stating that four of the five horses had returned “career best performances ranging to the equivalent of seven lengths on the days they returned the positive of cobalt and pointing out that one-off peak performances ranged from a length (Lidari) to seven lengths (De Little Engine).

Further examining the betting fluctuations for all five horses on those fateful race days, Stewart reports: “Caravan Rolls On, which ran a disappointing eight in the Lexus Stakes in the spring was plunged from $8.50 into $5.50 and Lidari, who was beaten a head in the Turnbull Stakes some weeks earlier was backed from $31 to $18”. Caravan Rolls On was “heavily backed”, according to one bookmaker and Lidari “substantially backed”, according to Stewarts’s report.

Stewart reports further that Bondeiger (a narrow second in the Derby) and Magicool (winner of a Listed race on Turnbull Stakes day), were solid in the betting without being plunged. De Little Engine was a betting drifter.

The fallout from these elevated levels will have far reaching implications – more potently felt by the three trainers involved and their professional businesses and reputations than for racing itself.

Barring extenuating circumstances, the stewards investigations inevitably result in charges being laid, at least under the very basic rule of racing which requires a trainer, as custodian of racehorses in his or her care to present them for race day competition “drug free”.

Moody, O’Brien and Kavanagh are three of the biggest names in the ranks of Australian trainers.

Their CV’s overflow with successes at the highest levels, all over Australia, and on Moody’s CV is the incomparable Black Caviar and international success.

The three also run massive training operations with hundreds of horses on their books and large staff numbers. The clients on their ownership base comprise the “who’s who” of owners and breeders.

For them, individually, the existing status quo where charges have not been laid and will not be laid, and there is a plausible explanation of the elevated levels is the preferred outcome

But, in the end, racing owes them nothing. Nada. Not even through training champions like Black Caviar. They cannot expect preferential treatment in any shape or form. 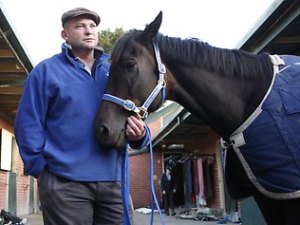 Being granted a trainers licence brings with it an enormous responsibility to themselves, their staff, their owners, the punters, and the industry which licences them and with it the opportunity to pursue their career.

Sadly and tellingly for all three, from what we are hearing and being told in unambiguous terms, there is very little sympathy for them from their peers – in Melbourne and in Sydney.

Words like arrogant, cocky, vindictive, nasty, with even the “c bomb” thrown in are descriptions which have surfaced over a period of time whenever some of their names have been thrown up.

The court of racing public opinion has already cast its judgment, which does not bode well.

Success and failure when handled with grace and humility are magnets for respect and are often a buffer from being thrown into the lion’s den.

Being the holiest of holies in casting moral judgments on your peers and revelling in the misfortunes of others inevitably comes back to bite and hard. It’s called karma.

Herald Sun racing scribe Rod Nicholson reminded readers on Thursday of Peter Moody’s now infamous statement last April following his dummy spit when metropolitan based Victorian trainers were directed by Stewards to hand over keys and access cards to their stables as part of an Integrity initiative: “The great perception out there is that trainers are all cheats. I actually feel like a criminal. I have to defend myself every time I go to the races”.

Nicholson continues stating that he (Moody) felt the more Stewards talked about “cleaning up the sport” and “drug raids”, the more trainers were subjected to innuendo. “yet all the statistics show trainers have a great record of playing fair”, he quotes Moody.

Not all trainers, however, share Moody’s interpretation of either the statistics or the existence of a level playing field. Melbourne’s Jason Warren, also quoted in the tabloid by Daryl Timms on the same day, saw it differently.

According to Timms, Warren stated that he wasn’t shocked by the news that high cobalt levels were detected in several horses, saying that speculation about its use had abounded for several months. “Now they are finally testing for it (cobalt) which is good. A level playing field is all we are asking for and if we have got a level playing field it gets down to the best horse on the day. A lot of times you go to the races and people in the industry know the people who are doing the wrong thing and more often than not you just have to cop it”.

A damning indictment on the state of both the industry and the profession. Victorian trainers have also not forgotten Moody’s ill-tempered outburst at the time of the keys saga, questioning their courage to support his ill-advised and isolated stand on the issue.

Ironically, Danny O’Brien has also been one of the more vocal advocates of the so-called level playing field.

Once a close mate of Moody’s, it is common knowledge in Melbourne racing circles that the two have not been on speaking terms for some considerable period of time.

We’ll let our readers work out what the falling out was over, but stress that there are no prizes for correctly guessing or identifying the reason. 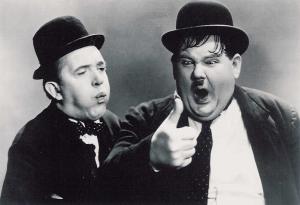 Whilst the doomsayers have gone into overdrive predicting the irreparable damage to racing, and likewise, the bottom-feeding social media tossers with their largely irrelevant and irrational commentary, racing will not only demonstrate its amazing resilience, but, also, its much-admired capacity to use its self-regulatory capacity to publicly expose and not walk away from turning the blow torch on its own belly and its participants.

Yes, this strategy invites brand damage to itself and its image. But as with everything there is always a price to pay, and as it relates to racing, a very high price to pay. But it’s a much preferred option to wilfully concealing transgressions of the rules of racing, which inevitably get exposed in an era where transparency in all forms of commercial activity is an overwhelmingly accepted mantra.

Perhaps the most reasoned response to the cobalt positives came from Victorian Trainers Association President Robbie Griffiths who was quoted by Darryl Timms in the Herald Sun on Thursday stating that he was disturbed by allegations that horses trained by Peter Moody, Mark Kavanagh and Danny O’Brien had tested positive to elevated levels of cobalt, and that he hoped there was a plausible reason for the high readings.

Further stating that testing showed that no one was exempt from Racing Victoria’s Integrity unit and if charges are laid and any trainer found guilty they must be punished to clean up the industry.

Griffiths added “I hope these things don’t come to fruition. My personal opinion, and I haven’t spoken to the committee, is that no one wants to tarnish our wonderful industry which we have to co-exist in”.

But it MUST be an industry that MUST be ruthless. It MUST kick out ALL cheats with no one above the law, no one holding the industry to ransom, and no cosmetic “punishments” that allow them back into the sandbox to get back to more monkey business as usual.

2 Responses to THE COBALT ISSUE