IS TABCORP ASLEEP AT THE WHEEL? 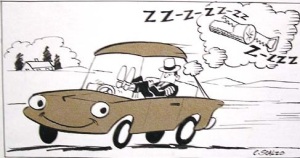 When it comes to marketing, communications and customer relations, Australia’s biggest totalisator operator Tabcorp leaves much to be desired. And that’s being kind to the wagering giant.

Having allowed itself to be successfully ambushed by the corporate bookmakers over the past several years resulting in a permanent and continuing loss of market share in the growing wagering industry, Tabcorp is doing itself, its shareholders, its customers and the Australian racing industry no favours by its failure to innovate its brand with new products and services and maximizing the co-mingling opportunities from its arrangements with Hong Kong, in particular.

Again, it’s back to being Dave Dee, Dozy, Beaky, Mick and Titch with Dopey joining in.

In the domestic environment, Tabcorp has been done over- and comprehensively- by the corporate bookmakers. And that has little if anything to do with innovative offers such as “best totes” and others where Tabcorp is legislatively constrained, and which, to be frank, it has been ineffective in lobbying hard and successfully to change.

Tabcorp has continually failed dismally to grow its pools – on its basic product offerings such as win and place by lowering its excessive take out rates, which has gifted market share and hastened the migration of medium and large turnover punters to the corporates. Of course Tabcorp will trot out the old excuses of the size of its operations and consequent high cost structure, which, whilst to some degree are legitimate, reflect commercial thinking and values that are inherently conservative- and in the modern highly competitive and predatory commercial environment, grossly outdated.

Tabcorp appears to have forgotten the three fundamental principles of marketing, aka the three “P’s” – Product, Price and Promotion. On a scoring system of 1-10, you would have to mark Tabcorp extremely harshly. The corporates win- comprehensively.

Apart from their competitive product and pricing policies, their energetic marketing and advertising campaigns are much more creative, and, most importantly, contemporary, cleverly targeting a new generation of technologically literate and savvy potential punters whose sporting interests are much more diverse than just horse racing.

The clear and present danger for Tabcorp- and ultimately for the racing industry which very few fail to grasp- is that this generation will embrace the messages from these marketing and advertising campaigns and choose from a multitude of modern and less complex and “fun” bet types and wagering products on sports other than racing- OR anything else that offers them opportunities to bet on events not burdened by that pariah of a word called “gambling”. Like the recent generations above them, this new generation will be lost to racing. Forever.

By stark contrast, the kindest thing that could be said about Tabcorp campaigns are that they are downright boring and pitched at a generation that through sheer natural attrition is a shrinking demographic. It’s George Castanza type Shrinkage. 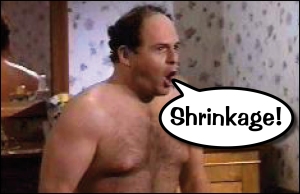 Like much of what Tabcorp does, these are short term strategies which fail abysmally to connect and exploit a market and generation that is cashed up with disposable income, and not averse to having a flutter. It cannot be said with any certainty that the Tabcorp marketing and advertising campaigns even succeed in preaching to the converted.

A telling example of Tabcorp’s failure to exploit commercial wagering opportunities and innovate is its co-mingling strategy with Hong Kong in particular.

The less said about its meaningless radio advertisements, the better. The strong Australian presence – jockeys, trainers, Australian-bred horses is left for punters to work out for themselves. Purton, Rawiller, Prebble, Size, Hall are not just highly recognizable, but most are household names in Australian racing.

But that is not the most glaring oversight. The massive multi-million dollar pools on each Hong Kong race and on popular and recognizable bet types – win and place, quinellas and trifectas, which Australian punters and in particular “big” punters can bet into, don’t even rate a mention. What does, is a meaningless line linking co-mingled pools with “more accurate dividends”.

This indifferent and very amateurish approach is a double-edged sword denying Tabcorp and its shareholders with potentially better returns on their investments as well as the racing industry, which is critical for the overall health of Australian racing.

But the real elephant in the room is the potential for corporate bookmakers to again exploit Tabcorp’s reluctance to aggressively market and grow its international pools on Hong Kong racing. 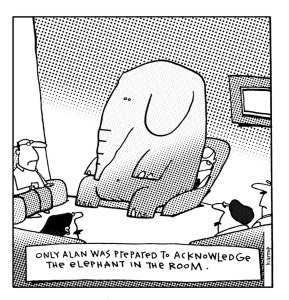 What should not be forgotten is that Tabcorp and Australian racing needs co-mingling much more than Hong Kong does. The financial benefits of co-mingling to Hong Kong is miniscule given the massive size of the Hong Kong pools. The Tabcorp approach is very reminiscent of its ambush by corporate bookmakers where it sat back and allowed the elephant to enter the room and stay there permanently.

Australia’s first lady of racing Gai Waterhouse has never been one to rest on her laurels. In many ways, it is her greatest strength. Ever since she began her illustrious training career, Gai has welcomed and embraced change and challenge. She has never, and will never, be left behind in her continuing commitment to be at the top of her profession, and the proof, so to speak, is in the pudding.

It is in this context that the changes she has made in recent weeks to her operations need to be viewed. The warm hug and embrace, the kissy kissy and make up sessions with John Singleton put an end to their “lovers quarrel”. It was an inevitable and genuine re-kindling of a relationship based on an enormous amount of mutual respect, trust and affection. Affection, you cynics, not affliction. Their racing relationship was a win, win for both of them. They shared some of their greatest moments in racing. The next chapter will begin almost immediately with Singo’s famous blue and white colours being carried to victory by runners coming out of the famous Tulloch Lodge stables and Gai training some of the elite bred horses from Strawberry Farm.

Gai has also turned her support operation on its head. James Harron, one of her main bloodstock support staff, is no longer with Tulloch Lodge. He has joined the Snowdens. Dean Watt’s Dynamic Syndications takes over the syndication role from Bruce Slade’s Round Table operation. Confused?

In the all important area of stable jockeys, Tommy Berry retains his prominent role, although a more “flexible” approach has seen some of Sydney’s more successful and in-form jockeys booked by the stable. Hmmm. If Winona Costin’s remorse is accepted, this talented apprentice may be reinstated as stable apprentice. Repent, Winona, repent! God and Lady GaiGai work in mysterious ways.

NSW racing has little going for it in so many areas of its operations and image. Sure, she’s a little weird and off-kilter, but Gai Waterhouse has been a godsend- single handedly promoting racing in the State and keeping it front of mind in a clustered sporting environment where competitors have left racing languishing in its quest for relevance and media exposure. 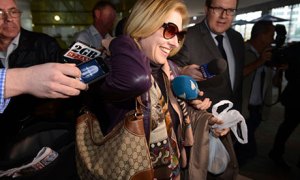 She’s been so bloody busy these days ringing in all kinds of changes that she didn’t even send us one of her limited edition Waterhouse Christmas cards. 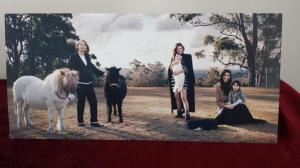 ANOTHER MYTH BUSTED WITH PRIZE MONEY AND FIELD SIZES 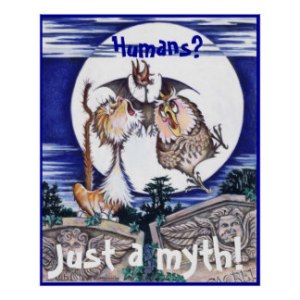 The 69 acceptors declared on Wednesday for Saturday’s eight race Randwick meeting will almost shrink further with scratchings, while over the border in bleak city, 122 accepted for Flemington’s nine race card. Even taking out the largest race of 20 acceptances out of the equation, to make it a level comparison, that is over 30 more horses paid up for their Saturday card than that of Sydney.

It doesn’t take a Rhodes Scholar to conclude that factors other than prize money are at play. 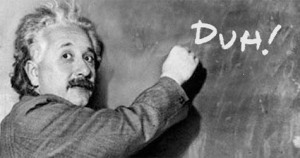 It’s what anyone with a modicum of intelligence has been telling Druitt Street for so long, and clearly falling on deaf ears. And even if the relentless media campaign run by Racing NSW and their media ally – News Limited- succeeds in extracting tax parity from the State Government and is misguidedly and recklessly put into metropolitan prize money, it will make not one skerrick of difference to field sizes. It will merely give NSW worthless bragging rights over the arch enemy across the border. 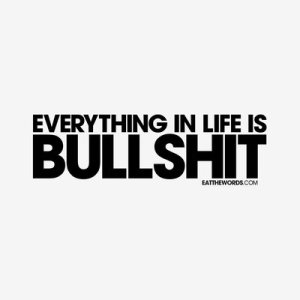 3 Responses to THE DUH ISSUE