VICTORIA REFUSES TO LIE DOWN AND GET SCROOGED.

The festive season is supposedly about peace and goodwill and joy and happiness. Supposedly. But, bah humbug, certainly not in racing.

Hell, even in the years of conflict in the Middle East, they lay down their arms and enjoy a phony truce during their significant religious festival days.

The festive season is also a time for confession, and from our perspective, we’re ready to fess up to the fact that, Yes, we’ve seriously underestimated the Victorians – their governing body, Racing Victoria (RV) and the three metropolitan race clubs and their country racing sector.

We thought the Victorians were little more than “softcocks”. We were wrong. They have turned out to be Iron Man at a Black Sabbath reunion. 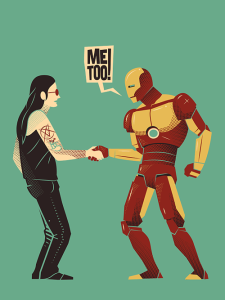 The four page announcement terminating the marriage from hell between racing NSW and the Victorians went further than the trek across the Nullabor in explaining, in explicit, no holds barred detail. the reasons for the irreconcilable difficulties- and which we predicted over a year ago- would ultimately blow up TVN.

From a Victorian perspective, the statement was a unveiling of two and a bit years of pent up frustration: “The strategy to expand TVN’s scope with the acquisition of NSW country and provincial media rights led to the addition of Racing NSW to the TVN Board from December 2012.

“This has unfortunately resulted in a two year period of disruptive governance and tension amongst shareholders that has crippled TVN and led to today’s disappointing announcement (to disaggregate Victorian and NSW media rights from TVN). Through the aggregation of NSW country and provincial rights into TVN, Racing NSW was able to secure two spots on a total Board of eight.

“As most decisions of commercial importance required a vote of at least seven of the eight, Racing NSW effectively secured negative control over the commercial operations. Furthermore, Racing NSW has a NSW Government backed authority to veto any media deals for the ATC and NSW metropolitan racing. This has sadly weakened the ATC Board’s ability to manage its own media rights and shareholding in TVN”.

Disruptive, Crippled, Negative. Say’s it all , doesn’t it? Frankly, whilst the dysfunction of TVN was an open secret, the extent and obvious intent of the negative control exercised by Racing NSW, and referred to in the Racing Victoria statement, is absolutely staggering.

What hope did TVN ever have on delivering on its charter? What hope did the ATC or the Melbourne race clubs have of ever making TVN work?

How can the NSW State Government now not intervene in the management and administration of NSW racing? And no, we don’t give a toss about territorial boundaries or whether NSW has a bigger dick than Victoria.

The media rights and TVN was a glimmer of hope that racing was bigger than the narrow interests States or individuals. That’s been proven, yet again to be hopelessly wrong and delusional.

What hope does Australian racing have of ever getting its act together and maximizing returns from the only asset it still owns – its IP and media rights?

The RV statement was not the sort of Christmas message that the false “messiah” and The Man Called Horse V’lundies would have expected. Not from the “softcocks” from bleak city any way.

Reading the statement would have had the steam coming out of every orifice. And whatever the outcome of this dispute, the battlelines have been drawn up – clearly and unmistakeably. It will be a cold war to end all cold wars. It will be a war of attrition which will be conducted over every area of racing, and there will be no winners. Just plenty of losers.

One of the losers, regrettably, will be the TVN concept. Racing in Australia deserves and desperately needs a premium channel to showcase its product.

The Sky model is outdated and irrelevant – a broadcasting model which encapsulates everything that is wrong with racing and the disconnect between racing and its very limited and declining footprint amongst a generation which has switched off racing as a mainstream sport or leisure activity of choice. 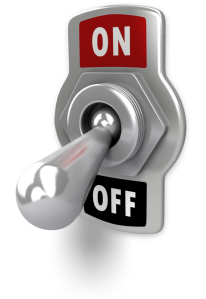 The Sky Model treats the racing industry and its punters with contempt- and has done so for many years. The TVN and Seven Network coverages of race meetings and carnivals has exposed the “d” grade coverage that Sky keeps offering- and kept telling everyone how different it would all be when they made their mind blowing and flawed decision to introduce two new channels – Sky 1 and Sky 2 to their broadcast network – two meaningless “lemons”, one of which, just a month or so ago, covered- ‘live’ a greyhound puppy auction – presumably for “content” reasons.

The 15 point sequence of events included in the RV statement is compulsory reading. For a principal racing authority to go into such explicit detail and include such a series of damning condemnation of the behaviour of its interstate counterpart, to our knowledge, has never happened previously in modern Australian racing history.

The RV statement that “the Victorian clubs also believed that the ATC was committed to the future of TVN and to exploring all options for the sale of media rights for NSW metropolitan racing”, clearly supports the long-held view in NSW- and reported over the past year in our blogs- that whatever power and authority the ATC exercises, is in name only. The ATC is not alone.

The NSW Country and Provincial Race Clubs are in exactly the same position. Ditto every other organization in the NSW racing industry and yes, even its “50,000 participants”. It’s the Racing NSW way or the highway. And as AC/DC famously reminds all, that highway is the “highway to hell”.

Apart from the obvious fracturing of any faint hope of the two States working together, the impact of the of the media rights dispute will have far reaching ramifications for Australian racing.

Racing Victoria’s relationship with its pari-mutuel wagering partner Tabcorp, locked in for another ten years or so, has been seriously and severely damaged if not poisoned. In NSW, it is the polar opposite.

Bewilderingly, Racing NSW has signed up to a 99 year arrangement with the wagering monolith. For Tabcorp, in NSW, every single day is a lottery windfall. The arrangement defies all commercial logic. But, then again, one does things very differently in NSW, don’t they?

Despite the efforts to assure the racing industry otherwise, and from what we are told, the relationship between Tabcorp and Racing Victoria could well be irreparable.

Yes, they do need each other and, yes, it’s very symbiotic, but, quite clearly, Racing Victoria does not absolve Tabcorp from both its failure to resolve this mess, and in so doing, exacerbate the problem. And the Victorians will tell you- and with good reason- that the Racing NSW alliance with Tabcorp and their handing over their media rights on a sterling silver platter, will benefit Tabcorp far more than the NSW racing industry. Yum, yum, says Tabcorp, FEED ME more, baby. 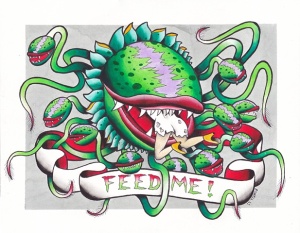 Ultimately, Racing Victoria’s strategy to maximize revenue from its media rights by ‘live’ streaming to corporate bookmakers will, in the longer term, succeed.

The reality is that corporate bookmakers are a permanent fixture on the Australian wagering landscape as they are in just about every other racing nation. They are kilometres ahead of Tabcorp in their product offerings, marketing strategies and wagering model. 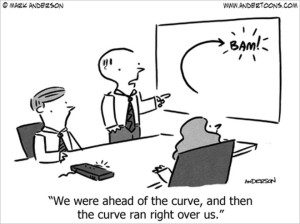 Their wagering model is exclusively technology-based and they have used this model and strategy brilliantly to reach out and grab market share among a new generation of punters, the majority of which would neither walk into a Tabcorp retail agency or bet online or on the telephone with them.

Try as they might to convince punters- old and new otherwise- the off-course pari-mutuel wagering model is in serious decline in just about every wagering jurisdiction.

The blame cannot be apportioned to generational change alone, but also to the abject failure of totalisator operators to read the very obvious “tea leaves” and proactively instigate change from within over the past several decades.

Sadly, NSW racing is going down the same path with its stubborn and dogged resistance to recognize that with wagering, as with everything else in life, change is irresistible and inevitable.

As difficult as it might be, both Racing NSW and Tabcorp have little choice but recognize what to them might be the very harsh realities of the modern wagering environment.