Let’s first get those “boring numbers” out of the way: 74,000 people on course and a turnover of HK$1.465 billion. On top of this, add another HK$65 million from commingling.

Financially, Sunday’s LONGINES International Races at Shatin was another huge success for the HKJC. But all this is what in television land they call “interesting back stories” to the main plot and the main characters.

Going into yesterday’s race day, there weren’t marquee-value equine megastars like Japan’s Lord Kanaloa. Australia’s Lankan Rupee cancelled months earlier, and despite all the names mentioned and nominated, most, for one reason or another, didn’t show up for what was billed as “The Greatest Show On Turf.”

There was almost a whiff of “All About Eve” to the setting and one almost expected Anne Baxter’s character to walk in and prop up what looked like being a bumpy ride ahead.

But plots are always there to be rewritten, and when Douglas Whyte rode the first two winners of the day, it set the tone when one knew to expect the unexpected, and, in a city that was imprisoned and divided for over seventy days with Umbrella Movements and Occupiers to the left of us and jokers to our right, something to finally cheer about. 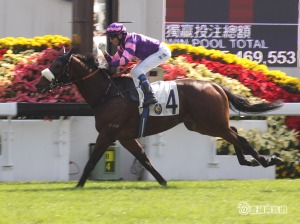 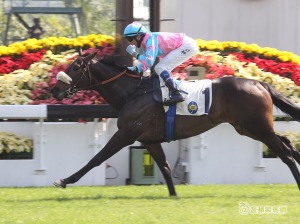 What Douglas Whyte started, he finished off in great style by riding the last two winners of the day- in all, four winners and coming second on four other races. It was the stuff and breakfast and dim sum of Champions from the legendary South African rider who ruled Hong Kong racing on the track for thirteen consecutive years. And the Fat Lady has hardly cleared her throat as far as his riding career is concerned. That old Whyte magic is alive and well.

On Sunday, Whyte, together with trainer Richard Gibson and big-spending horse owner Pan Sutong, presented Hong Kong racing with an exciting future equine star. This was when first-starter and expensive purchase Giant Treasure strolled to victory while its two highly-rated and talented young rivals- Star Track and Packing Pins- ended up in a Mr Bean-type traffic jam and double decker sandwich. 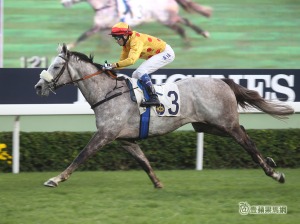 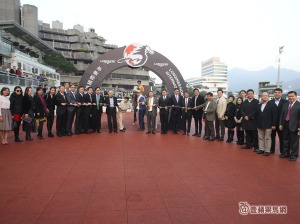 Before writing this new “Giant” chapter into Hong Kong racing’s book of revelations, another team was firmly putting the city on the racing world’s map.

This was when “The M Squad” of trainer John Moore and Joao Moreira combined to win the Hong Kong Mile with Able Friend and, forty minutes later, the Hong Kong Cup with Designs On Rome.

To describe Able Friend’s win as awesome would be short-changing the importance of the occasion. The world witnessed the emergence of a global superstar- an average galloper purchased after a victory in Wyong, and which the magic of Moore has transformed into a Horse Of Steel.

When it might have looked as if this odds-on favourite just might be beaten, Joao Moreira stopped the teasing and the foreplay.

Just as the brilliant Brazilian Magic Man had predicted in a recent freewheeling interview (see below), Able Friend, not only blew his rivals away, he made some of the gibbering comments of the guest pundits sound even more daft. Same about the win of Moore’s Designs On Rome. 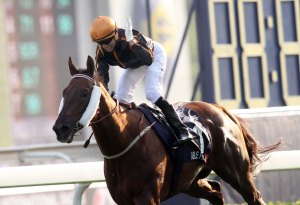 The guest international racing pundits might have pontificated all they wanted about who would win the race, but they never ever came close to predicting what followed- the incredibly exciting finish to the Hong Kong Cup where the Moore-trained galloper beat the former Moore-trained Military Attack.

Those in Hong Kong know the back story involved here, and for Moore, it was sweet revenge. For racegoers- the local and overseas visitors-it was great theatre and racing at its competitive best.

Without going through every race, without describing the brilliant wins of Flintshire and Aerovelocity, and without naming the young equine guns revealed who will be making their mark in the months and years ahead, more interesting is the “content” and “ammunition for the future” that’s in the hands of the HKJC- Able Friend, Giant Treasure, Aerovelocity, Designs On Rome, Helene Happy Star, Moreira and Moore, Whyte and Gibson, and others waiting in the wings.

It’s a great hand to be holding, which started on December 14 at Shatin, and will be played out wherever it matters in the days and months and years ahead. 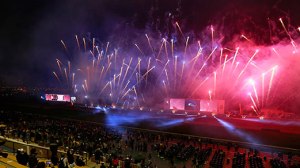