AND NOW FOR THE GREATEST SHOW ON TURF 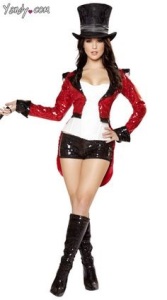 It was like a cross between delving into Second Life, a question of so near yet so far and a reworking of Sliding Doors.

On Wednesday night while the Occupy Central protesters at Admiralty were digging in for their own version of the Long March, a hop, skip and a jump away, a very different group of thousands in Hong Kong were at Happy Valley Racecourse celebrating their own idea of democracy and freedom of expression.

It really was a celebration- a party where everyone was invited and no one was turned away at the door. 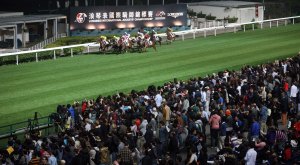 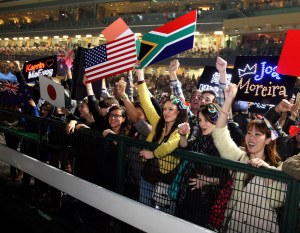 For those outside of Hong Kong and here for the city’s International Races on Sunday, it was an unaffected get-together far removed from the usual stiff “Gala Dinner” held every Friday before The Greatest Show On Turf gallops into action.

While Dylan once warned everyone, and which Hong Kong’s student leaders and the Umbrella Movement might have been thinking about-“Don’t follow leaders and watch your parking meters”- Champion Japanese rider Yuichi Fukunaga was showing all that one needed to lead at all costs, and which saw him ride two winners and gallop away with the LONGINES International Jockey Challenge. 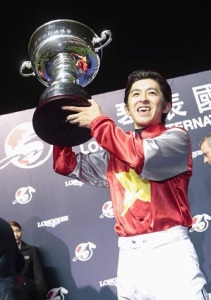 It was the first outright winner from Japan of this series and underlined the theme of The United Nations of Racing- more a celebration of bon homie, but on a racecourse than great horse racing. In its current format, it’s goodwill racing that begs for a charity angle.

Did it really matter who won? Or lost? Sure, there’s the prestige of the title, and the $500,000 cheque to the winner, but, at least to the majority of that Happy Wednesday crowd, it was the main attraction of a show that included, yes, the racing and trying to find a winner, but also co-starring the ‘live’ music at the Beer Garden- remember how some relics in racing scoffed at this idea before even giving it a chance?- Welsh singer-songwriter Ben Semmens who, after two years performing here, is synonymous with the Happy Wednesday brand, celebrating his birthday onstage, pictured below, the inter-action around the IBU tables at Adrenaline, the bevy of United Nations of Racing ambassadresses- and, most importantly, people meeting people- and connecting- in a place that gives Hong Kong somewhere to have the most fun with their clothes on.

The purists, the racing tragics and pundits might not have enjoyed seeing Class 4 and 5 horses running in the races, but racing at Happy Valley has evolved into a brand that’s become very much like the area it’s named after.

It’s a younger crowd new to racing who would not know or care less whether this is Class 5 or Group 1 racing. It’s just horse racing.

They’re happy at the Valley to enjoy a Happy Wednesday by having a flutter following the handful of jockeys they’ve heard about, inter-act with those they wish to in the Beer Garden, Adrenaline, the Gallery etc. And win, lose or draw, it’s about a fun, unscripted night out that’s a million miles away from Umbrella Movements, Occupying Anything, and simply put, enjoying something positive and as unique to Hong Kong as the location of this brilliant track.

With 2015 fast approaching, horse racing must be all things to all people- different things to different people as even “punters” and customers come in different shapes, sizes, ages, genders and wallet sizes. 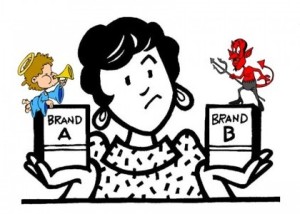 This is what places racing in Hong Kong in a league of its own and a business and edutainment model that cannot be replicated anywhere else despite wishful thinking. Why? Hong Kong racing has no other baggage to carry or slow it down other than its own- none of those age-old jealousies going back to the days of Cain and Abel with, all-too-often, the sport having been allowed to continue in the hands of the living embodiment of Greed Is Good and Power Corrupts. 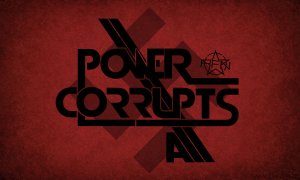 As we attended the post-race party at Adrenaline, it was great to see the CEO of the HKJC playing ringmaster and taking charge of the late night Fun Parade while the band played on.

He was no longer in his private box.

It was good to have our down-to-earth friends from Perth’s Big Breakfast Show thoroughly enjoying themselves and being unabashed fans of Hong Kong racing.

It wasn’t the place for those well-known fatuous individuals connected with horse racing and with a laughable sense of self-importance who have done nothing for a sport still not on the radars of many and a bit player in the world of entertainment. 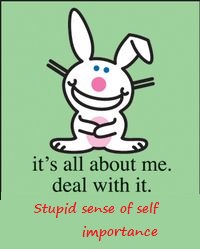 Again, looking at the future of horse racing, it’s about changing mindsets, removing the blinkers and tunnel vision, and bringing together horse racing’s purists with those who view anything from the past with suspicion and, sometimes, derision.

As in Jazz, Blues, and Classical music, purists stay purists and are pigeon-holed.

The purists in horse racing need to understand and see the “Indie” spirit and commercialism needed in racing- an indie spirit that’s becoming more and more vocal- and more powerful-and coming from all those different individuals who support the sport by being racegoers along with the new and established owners, the potential sponsors waiting in the wings to be convinced about a tangible return on their investment, a new, gonzo racing media not in the pockets of anyone, and a breed of racing executive not past their Use By date.

Yes, horse racing will plod along, but no racing jurisdiction will be as successful as Hong Kong. It has its eye on the ball and extremely rarely kicks any own goals.

As with self worth and self-improvement, it’s always about pushing that creative envelope instead of sitting there licking stamps and hoping like hell that the Peter Principle doesn’t rear its head and incompetence is revealed. 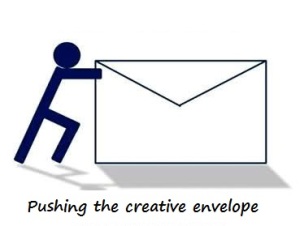 2 Responses to AND NOW FOR THE GREATEST SHOW ON TURF