CRUZ CONTROL AND THE GOOD AMBASSADORS OF HK RACING 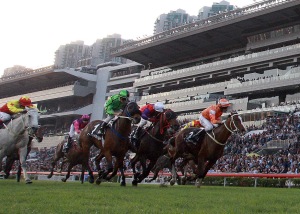 When Peniaphobia won the 1200 metres Jockey Club Sprint on Sunday, that cheering squad in one’s heart and head let out an almighty roar. 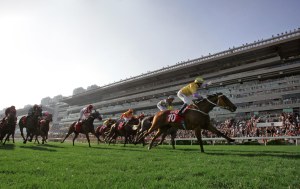 Firstly, it was a Katy Perry roar, a fist pump and two thumbs up to see Douglas Whyte be where he should -centerstage- after too much time playing second fiddle to some of those new kids on the block with a few going through a serious learning curve as to how it works in Hong Kong, to be careful of strangers bearing gifts and never forgetting the very recent past and close shaves some have managed to pry themselves from. These “sins” are never ever forgiven or forgotten. 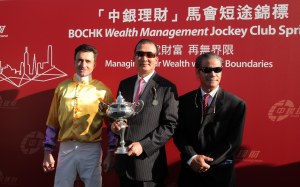 As for Whyte, as always, he has handled what life throws his way with dignity and total professionalism. He is his own man and his mouth doesn’t runneth over. The man’s a class act- someone who has done and continues to do Hong Kong racing proud- a solo act, which throws some for a loop in what can be a very cliquey city. 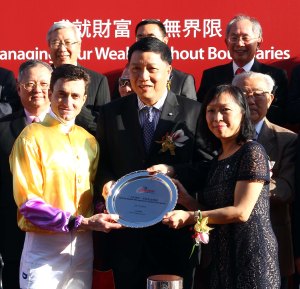 Another class act is Tony Cruz, a jockey who was one of the best in the world when still in his twenties and, today, a trainer who’s never forgotten what he had to overcome to become the great horseman that he is- and an incredible supporter of the talent he believes in. Plus, one never ever messes with Cruzy. As he is recently rumoured to have said to someone in New Zealand who had questioned his training methods, “S***, man, I am Tony Cruz, I have ridden for the Queen and am a champion jockey and trainer. S***, man, what have you done?” He’s thrown out owners like “Dr” Pato Leung for being a pain in the arse, he’s his own man and commands the respect of many in all walks of life. There’s Bruce Lee and there’s Tony Cruz. 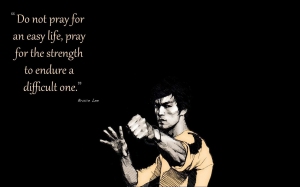 His partnership with the great Felix Coetzee has been well documented here- how he visited the then-injured South African rider who was wondering what his next career move might be, and offered him the job of stable jockey. Silent Witness came along and the C Team became the A Team.

Tony Cruz might give the indication of, sometimes, speaking to aliens with that Blue Tooth “cockroach” in his ear, but nothing escapes him.

Like Caspar Fownes, he’s a Hong Kong boy who grew up in the home of Bruce Li, has seen it all and enjoyed overnight fame three decades ago. He’s overawed by nothing and no one- not when you’ve ridden against the likes of Eddery, Piggott, Cauthen, Carson etc in his early Twenties and won on horses for The Aga Khan, the Queen and the biggest owners in Europe.

He has also fought for and been vindicated for sticking up for local riders Matthew Chadwick, Keith Yeung, Alvin Ng, and even the wayward Marco Chui, below.

When Chui was thrown out by David Ferraris as his indentured apprentice, Cruz took in the talented, but errant young rider and sorted him out- before the kid went off the rails again.

Cruz has also helped mould Matthew Chadwick- a hugely talented young rider, and a potential future ambassador for racing in Hong Kong- who was, perhaps, finding sudden fame too tough to handle into a world class jockey.

Matty Chadwick’s ride yesterday on the Caspar Fownes-trained I’m In Charge was so clever and competitive that it completely outfoxed and dumb-founded Joao Moreira on the “sure thing of the day”- Teofilo Calva.

If not for Cruz Control, Dougie Whyte would not have been winning on Peniaphobia, Neil Callan, below, would, today, not be enjoying Group successes with Blazing Speed, and Christian Reith would not have come so close to winning on Multivictory- his first ride for the trainer and one of the better rides he’s been offered while on his Hong Kong stint. 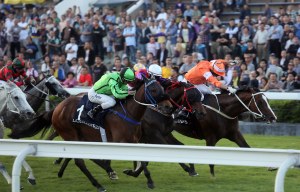 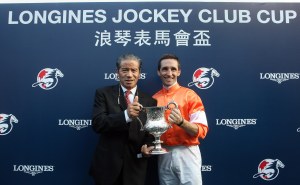 On a great day of racing where everyone played a role in making all the pieces fit and set the stage for a for what promises to be a great International Day on December 14, Tony Cruz was the star of the show, baby, by taking out the Jockey Club Sprint and the Jockey Club Cup, for his support of talent that might not be “flavours of the day”, for his extraordinary training efforts with the great California Memory, and for being his own man and a brilliant brand ambassador for Hong Kong racing, which is part and parcel of Hong Kong. He is the epitome of the local boy made good. Very good.

Being privileged to know Tony, and thinking back to what he has achieved and the road that lies ahead along with Dougie Whyte’s accomplishments that belong in the Guinness Book Of World Records, and the incredible curriculum vitae of Gerald Mosse, it really separates the men from the boys- the cheap Johnny-Come-Lately knock-offs from the real deals- and who continue to do their part to keep the flag flying high for Hong Kong racing.

Anyone who doesn’t think Hong Kong racing is the best in the world, but stays in it to whinge and moan, and contribute nothing positive, better pack up the Good Life here and head for the nearest Exit sign.

After all the Occupy Nonsense, Hong Kong Belongers are no longer interested in picking up strays, or tolerant of those who only see this city as a get-rich-quick stop-off point. These days, Hong Kong has no time for hangers-on. And Hong Kong Belongers call it as they see fit. It’s our home, man.