THE CUP RUNNETH OVER ISSUE 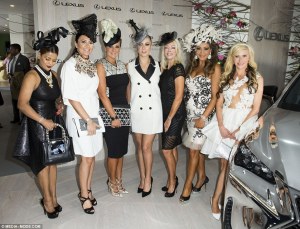 Whilst “bleak city” lived up to its name by turning on a cold and windy Derby day, the day’s racing lived up to every expectation. 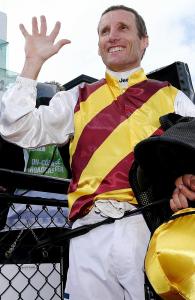 The Coolmore Stakes demonstrated yet again the greatness of Joao Moreira and Chris Waller in their separate crafts.

It would have been easy for Chris Waller to take his bat and ball and keep Brazen Beau in Sydney after his disappointing run down the Flemington straight at his first run in Melbourne earlier in the spring. But he didn’t.

Waller had enormous faith in his three year old son of sire sensation I’m Invincible and figured that he would take send him back home, get him firing again in Sydney, and if he warranted another crack at Group One glory, then he would roll the dice.

Brazen Beau did just that, a month ago as part of the Moreira treble at Randwick on Epsom/Metropolitan day and booked a throw at the dice in the Coolmore. The rest as they say is history.

Starting at generous odds after up to 10’s was bet when markets first opened, Brazen Beau showcased the outstanding riding skills and talent of Joao Moreira.

As one very prominent trainer observed, horses just run so kindly for Moreira. The “magic man” has that all too rare skill of making horses feel comfortable in running and seem just so eager to oblige his urgings- responding as if it is what is expected of them. Watching the replays post race, Moreira’s magic is there for all to see.

Ditto Signoff in the Lexus. Moreira gave him a 12 out of 10 ride and Signoff produced a performance that has rocketed him into third favourite for tomorrow’s big race. With the “magic man” returning to ride him, Signoff may just do what his name suggests to his 22 rivals. 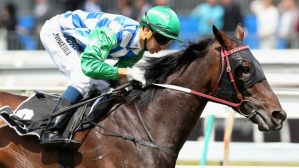 Derby day also saw Damien Oliver prove again why he is Australia’s best. Damien’s unique asset is his ability to read a race to near perfection, and then plan his strategy accordingly.

Like the great Douglas Whyte and Hughie Bowman, Damien has an uncanny ability to leave just that little bit extra in reserve for a last throw at the stumps in a race. Invariably it works out.

Damien’s rides on Happy Trails in the Mackinnon and Preferment in the Derby, both Group Ones, should be compulsory viewing in every Apprentices school.

Damien as anyone in racing would know has ice running through his veins when he is legged up.

On Happy Trails and Preferment it was so obvious it stood out like the proverbial dog’s gonads.

Watching Damien Oliver and Joao Moreira go head to head on Happy Trails and He’s Your Man to the wire was worth a first class round the world air ticket.

It was as exhausting as it was exhilarating. And then a mere forty minutes later, Damien repeated the dose on Preferment, edging out the heavily supported Bondeiger by the narrowest of margins. 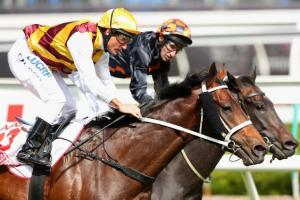 The look on the face of Bondeiger’s trainer Danny O’Brien said it all. He was gutted and the stable very much lighter in their collective pockets.

For Chris Waller, it was another triumph. He had taken out a three year old classic with a maiden son of Zabeel, potentially one of the best staying three year olds around considering his raw talent, which no doubt, the master trainer will already be planning to take to another level in the Autumn and beyond.

Derby Day also demonstrated how very difficult it is to have horses peak twice in one preparation.

Rich Enuff and Hampton Court are two very talented and high class three year olds and raced bravely in the Coolmore and Derby respectively. But, staggeringly, most of the sectional and form gurus and analysts just wouldn’t hear of them being beaten.

If only racing was all about sectional times and weights and form. It would be so simple, wouldn’t it?

AND NOW TO THE CUP 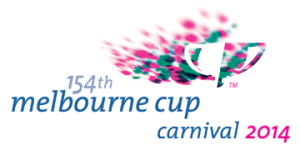 No, there isn’t a Makybe Diva around, but tomorrow’s Melbourne Cup on paper is no different to those in recent years, where there are the usual suspects who, according to the market, form the core of what is regarded as the “only horses which can win the Cup”.

It’s a familiar theme. Take Admire Rakti, Protectionist, Fawkner, Signoff and Lucia Valentina out, and on paper, it’s as close a thing to a raffle as you could get. And again, on cup eve, the jitters seem to creep in and punters and commentators alike focus on why a horse cannot win the Cup as opposed to why they can.

It’s probably the reason Admire Rakti is starting to drift in the betting. The familiar reasons – his last piece of work wasn’t all that flash. His sectionals in the Caulfield Cup weren’t as good as so and so. His temperament is suspect. All too familiar, aren’t they?

If anything, it’s history that may prove his enemy: The record of favourites as Cup winners in recent times. But history, however, is meant to be created and broken, sometimes concurrently.

The one dominant feature of this year’s Cup is the shift in age of the horses who will face the starter at approximately 3pm Australia daylight saving time.

The richness of the Melbourne Cup is its unique ability to rewrite the history books as Vintage Crop, Media Puzzle, Americain, Dunaden and the great Makybe Diva have done.

Throw in the legend that is Bart Cummings, the deeds of Dermot Weld, the passion and record of wins as an owner of Dato Tan Chin Nam and Lloyd Williams, Delta Blues taking the Cup home to Japan and quinellaing the race with Pop Rock, Christophe Lemaire’s first ride- and winning ride- on Dunaden, Alain du Royer Dupre’s first runner Americain winning the Cup, and the great ride by Gerald Mosse, and it’s not hard to understand why the Melbourne Cup makes the hairs stand up on the back of your neck.

If an eight or nine year old wins the Cup this year it will create its own unique story which will be talked about for many years to come.

Godolphin and Sheikh Mohammed are yet to win a Melbourne Cup though they’ve been trying for many years. Could this be their year?

And what about the trainer of the carnival so far – Chris Waller. Could Who Shot The Barman, Junoob or Opinion, give Waller his first Melbourne Cup winner?

Whoever wins the big race, it will be a wonderful story. They always are.