PURTON STEALS THE SHOW…AND NOW, ROLL ON DECEMBER AND THE GREATEST SHOW ON TURF

The rabid racing fans who follow the sport around the world and mesmerised by the amazing win of Adelaide in the Cox Plate at Moonee Valley the night before might have been wondering how the races at Shatin were going to compete with that for excitement, drama and everything in-between.

But, oh, it did- in spades- and with Zac Purton being the ace in the hole and the joker in the pack.

It would be churlish for anyone not to acknowledge the fact that right here and now, there is no one in the world- Ryan Moore included- riding better than Zac Purton.

With an absolutely superb quintet of winners, each ridden differently, Purton gave a master class in horsemanship and provided the HKJC with another USP to its bow along with a marketer’s dream. 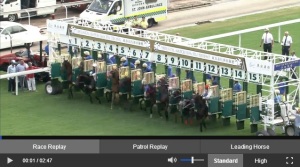 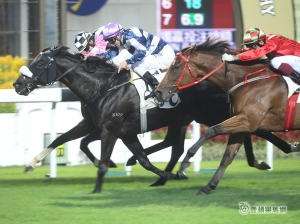 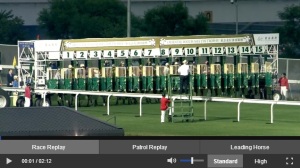 By the time the last race rolled on, even the most casual racing fan had become totally absorbed as to whether he would ride five winners on the day.

The Aussie jockey had already taken out the day’s two feature races with spectacular rides, first on Aerovelocity, and then on his old mate Military Attack, having its first start for new trainer Caspar Fownes after a controversial stable move from the John Moore yard. And when Packing Llaregyb over-hauled Beauty Flame in that last race, the crowd roared- a roar for Purton, and for a thrilling finish that capped off a great day’s racing that was rolling in the deep and had it all, baby.

On Sunday, Zac Purton was not only on fire, he was burning up the track. And if some think this praise is “fawning”, so be it.

Racingbitch provides what’s here for free, and to paraphrase that old Lesley Gore hit, it’s our party and we’ll fawn and bitch if we want to. Don’t like it, then leave. There’s no entrance fee. 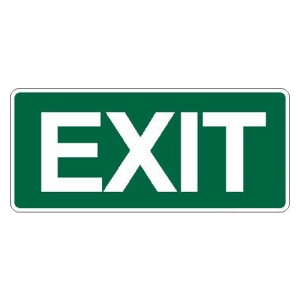 In the very recent past, sure, we’ve taken Purton to task for some of the things he’s waffled on about to the media, but that’s how he rolls, and, to his credit, he hasn’t sulked or taken offence. He’s copped it, shrugged it off, and has got on with what he does best- riding winners. 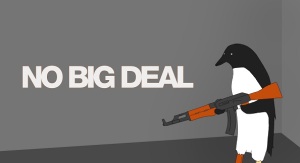 On Sunday, apart from The Zac Purton Show, there was so much more great “theatre” going on that we couldn’t help thinking what if someone like Martin Scorsese were to produce a movie on Hong Kong racing showing the good, the bad and the ugly, the backroom politics and, most importantly, how we have arrived for there- and there were some very dark days- to here.
As Dr Hunter S Thompson would have said, What a strange trip it’s been.

While Sunday was slowly becoming Monday, we thought about local jockey Jacky Tong’s victory salute after winning on 60 to 1 shot Sempiternal. It was his first winner of the season and he wanted everyone to know it.

There was the win of the very impressive first starter Packing Pins that strolled in under Neil Callan, who might not be up there with Purton, Moreira and Whyte, but puts his head down and gets the job done. 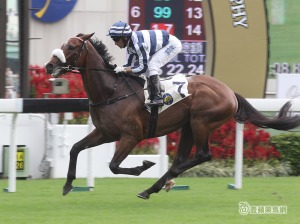 As for Dougie Whyte, he might be taking a backseat role these days to Moreira and Purton, but The Force is still very much with him and seen at its best when riding out winner Hit A Home Run, hands and heels and making it look all too easy.

It was the Shatin Trophy, however, that held the most drama and which starred three of Hong Kong’s Horses Of The Year- Designs On Rome, Military Attack and Ambitious Dragon- and a phenomenal 23 Group Ones amongst the runners.

When Military Attack won the race, it was sweet revenge for Purton who had been sacked off the horse, which was having its first start for Caspar Fownes after a high-profile move from the stable of John Moore where the galloper had won its biggest races.

To add to the plot, Moore saddled up the raging favourite for the race- Designs On Rome- which failed to show its usual brilliance on Sunday whereas its rider- Joao Moreira- had one of those very rare days when The Magic failed him and no rabbits- or winners- were pulled out of the hat.

Present to lead in Military Attack was the horse’s stunning co-owner Canny Leung while husband Steven Lo stood on the sidelines having to play second fiddle because of a now well-documented case. Who cared about Steven Lo?

Dressed to impress, poetess and writer Canny Leung- beauty and brains- provided the Shatin Sunday matinee with all the glamour it needed. 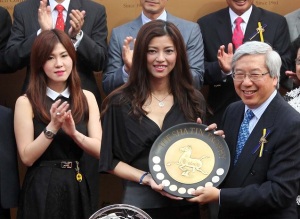 Yes, there were thrills, spills- fortunately nothing serious-a turnover of over $1.3 billion- an increase of 13.3%- and the stage set for International Day when the Greatest Show On Turf takes place. 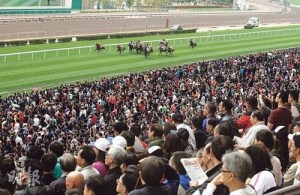 After over a month of being Pre-occupied with the self-indulgent and goofy posturing of the rag-tag occupants of Occupy Hong Kong, Sunday at Shatin showed how vital horse racing is to this city as entertainment, as a sport and, perhaps more importantly, offering five hours of much-needed and uninterrupted stress relief, and a totally different way of interpreting democracy.