THE TINGLING AND CO-MINGLING ISSUE

SHALL WE DANCE? CAN WE CO-MINGLE? 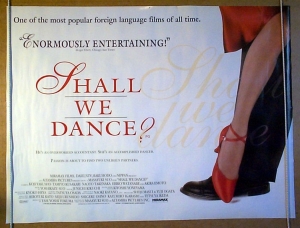 The folks down there in bleak city have done it again. Yes, it’s very early days when baby steps are being taken, but they’ve trumped NSW in the potentially lucrative arrangement to co-mingle the Victorian Tabcorp pools with Hong Kong, which commenced this week with the Shatin night meeting on Wednesday. 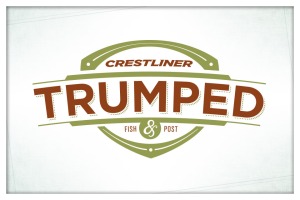 It’s a familiar theme: Rome burns while Nero fiddles. This time there are two excuses offered up by Emperor Nero The Zero and his merry court of constipated Yes men and women from Druitt Street. Fiddle, fiddle, fiddle…

The first, again a familiar one, is that Hong Kong is not offering what Emperor Zero believes to be a fair return for co-mingling to Racing NSW.

It’s one of the more hollow and comical reasons considering the pathetically small fields that RNSW offers up to punters at every Saturday and mid-week metropolitan race meeting in Sydney.

If, as some conspiracy theorists have suggested, it’s all part of a 2014 re-run of the “Munce War” instigated by Racing NSW and its arch adversary- the Hong Kong Jockey Club- to undermine co-mingling, we disagree: If Sydney field sizes remain so pathetically small, it would be a significant DISINCENTIVE for Hong Kong punters to trash their money on the poor quality racing that Sydney coughs up every bloody week.

The second excuse- that of gaining regulatory approval from State Government regulatory bodies and legislators- while valid, is another lame duck excuse offered up to kill off any cooperative wagering initiative between Victoria and NSW.

The same excuse is trotted out every time the concept of a National tote pool is placed on the table.

While the Victorian Tab offers co-mingled pools for Singapore and New Zealand racing, and now, for the most lucrative wagering market in the world in Hong Kong, Sydney punters are still left wondering whether co-mingling with Hong Kong will ever see the light of day.

Alan “Hats” Aitken in Wednesday’s South China Morning Post went to places that few racing journalists have had the balls to go to: He linked the sudden disappearance of the Sunday Shatin fields and form guide from the Sunday “smellygraph” to the influence of one particular influential “resident” of Druitt Street over the “smellygraph’s” racing editorial policy.

It’s a subject which is openly talked about in NSW racing circles, and from our observations, has infiltrated into “bleak city” as well.

The Australian racing media could do with one or more like Aitken who can even weave Kim Kardashian and Taylor Swift’s very sad love life turned into angry song while writing about some biting home truths.

It is a sad indictment of Australian racing when its media bosses are devoid of men or women of courage who call it as they see it without fear or favour, along with those wannabes on the periphery who hide behind twitter and direct messaging along with anonymous emails – and easily traceable- in feeble attempts for others to fight their battles. 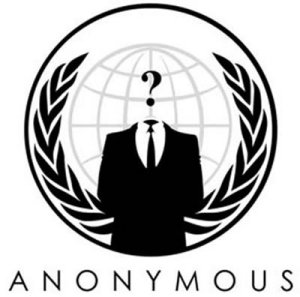 It is also an indictment of the wider racing industry in NSW, its governing body and decision makers, and the men and women of “influence” who choose to switch off their sensory organs and allow a rampant, narcissistic and belligerent individual to place blatant self-interest ahead of the greater good and polarize NSW racing for such an intolerably long time.

Despite the “blue sky” predictions of many well meaning wishful thinkers in NSW, we can’t see any changes in the short term. Those who can pull the trigger have chosen to be impotent. To use a good old Aussie line – perhaps there are “photos” of them in compromising positions in the hands of someone who shouldn’t have them?

Judging by the vibe about the spring carnival and racing at this time of the year in Bleak City, horse racing is in an infinitely better place in Melbourne than it is in “sin city”. And from conversations with racing executives and those in the know, it is abundantly clear that the sense of cooperation between the governing body and the race clubs in Victoria on the all important big ticket items in racing is far greater than in NSW. It’s not all groovy, man. Bummer.

There are often vigorous and robust debates and differences of opinion on a raft of important racing issues. It’s not all peace and love, and Cheech and Chong, man.

But unlike NSW, there is a very demonstrable degree of respect between the Clubs and the Governing Body, which makes negotiation, compromise and workable outcomes much easier to achieve.

Absent is the mistrust, division, politicking, litigation, conflict and rampant paranoia, which, over the past decade or more has been a defining feature of the NSW racing industry.

It was also difficult not to acknowledge that the marketing of the spring racing carnival is far superior to the “chumpionships”.

The ATC could well take a leaf out what is being done in Melbourne, and, dare we say it, have some “meaningful dialogue” with their Victorian counterparts and leave their bankers, or should we say “wankers”, who hold the purse strings at their city address as far out of the loop as possible.

No doubt, the Melbourne Racing Club will be looking for a larger attendance this Saturday for Caulfield Day. Their 22,000 Guineas day attendance was a big plus. It deserved more, but it was a figure that would have left the Committee with more than a solid foundation to work on for future years.

Guineas race day had a great vibe about it – the crowd, the atmosphere and, most importantly, some high quality racing from the equine athletes, the jockeys and trainers.

The Sydney jocks reigned supreme and proved, once again, that they’ve got it over their Victorian counterparts.

Kerrin McEvoy, free of the Godolphin shackles and The Knuckle Dragger, is riding in career best form, and Hughie Bowman, well, what can we say about The Huge One that has not been said before?

His rides on Criterion and Speediness, both runners up in their respective Group Ones, were as good, if not better than his outstanding winning ride on the relatively unfancied Amicus in the Thousand Guineas.

Frankly, Hughie could quite easily have won three of the Group Ones at Caulfield last Saturday. Enough said.

IS IT WHITE LINE FEVER, NASH?

A few weeks ago we aired our concerns about Nash Rawiller’s all too frequent- and completely unnecessary- visits to the Stewards Rooms in Sydney, Melbourne and, most recently, Japan. There’s probably more that we’ve missed.

For whatever reason- brain freeze?- Nash just does not seem to get it.

Watching last Sunday’s Shatin races, it was as clear as the proverbial dog’s gonads that “Nash For Cash” was in deep shit: Kim Kelly and his panel were not going to let it go through to the keeper- not after the Keystone Cops-type carnage created in the race where he actually rode his first winner.

Nash should know better, but does he? He is not a “green” apprentice. For someone who has won riding premierships and has rightly earned a reputation as one of Australia’s best jockeys, he keeps letting himself down. Badly.

Hong Kong, for all the right and commendable reasons, has demonstrated that it does not condone riders causing interference in races. Hong Kong places the safety of jockeys and horses paramount. And they are prepared to back it up and enforce it.

Jockeys, including Nash and his colleagues and competitors, participate in the most dangerous sport in the world, where, as we have witnessed first hand in the past week in Australia, two beautiful young lives – Carly Mae Pye and Caitlin Forrest were lost, all too prematurely, as a result of falls off racehorses which they were riding- in a jump-out as was the case with Carly Mae-Pye, or in a shocking and sickening race fall as was the case with Caitlin Forrest.

Nash is fortunate to have a licence to ride in Hong Kong which many of his colleagues covet. And with this in mind, he has no option but to cease being a serial offender and visitor to the Stewards Rooms.

It simply won’t be tolerated and The Gnasher has worked too hard to get to Hong Kong and allow things to self-implode. 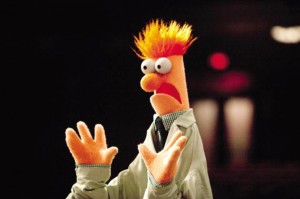 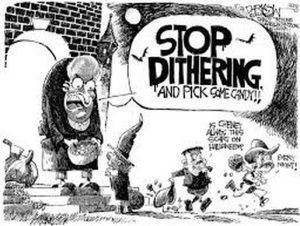 There was considerable comment at Caulfield last week about the protracted delay by the VRC Committee in appointing a new Chief Executive- a position, we are led to believe, has been vacant for close to six months and which has been the subject of what has been described by sources in bleak city as an “extensive search by a leading head hunter”. 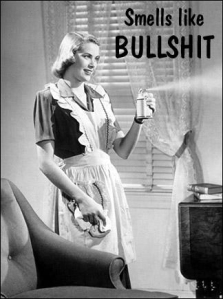 It’s no secret that in an increasing number of executive searches, head hunters have much of the heavy lifting done for them by senior management of the organization which hires them.

They are generally given a hit list or wish list, and few candidates fail to see through the charade that is being played out.

According to what we know, the VRC Chairman’s preferred candidate has been described as “yesterday’s man” with a grossly inflated value of his own worth- a pointed and amusing description of him following the recent NRL Grand Final that might have been the nail in the coffin to his chances of landing this prized job in racing.

HUH? WHAT WAS THAT, NICK QUINN? 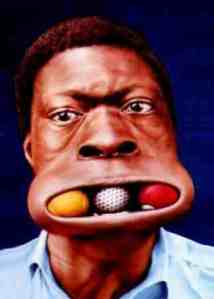 Dean Lester is one of the best form analysts and tipsters in Australia. He knows his form and his horses. It’s one of the reasons many tune in on a Saturday morning to RSN’s racing panel.

We listened in last Saturday, and heard a Tabcorp employee- Nick Quinn- providing the prices and betting information for each race in Melbourne.

The man was a complete turn off-mispronouncing horses names in just about every race until it was unintelligible gibbering worse than the crap that comes outta the pompous assed verbosity of you-know-who.

Clearly Nick “Marbles” Quinn doesn’t have a speech impediment, and, hopefully, he is not illiterate. But, his mispronunciation of horses names in just about every race made us wonder. 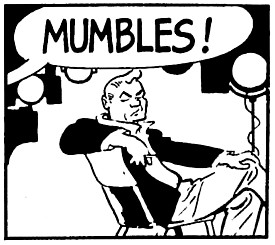 Our Melbourne mates were not surprised: “Marbles” is, apparently, a serial offender. His mispronunciation of a horse’s name is often repeated on every occasion that the horse starts in a race.

It is even more inexcusable because he is, apparently, a- yawn- racing tipster, and would be expected to be able to pronounce and articulate- with some degree of lucidity- the names of the horses that he would be coming across on a daily basis as a racing person hired by Australia’s biggest wagering organization. N’est, pas?

It is a very unprofessional look for a radio station that for very good reason has chosen to exclude itself from any professional scrutiny through the ratings system.

It is equally unprofessional for management at RSN to turn a blind eye and not read the riot act to this bloke before listeners just say, Encoullez-vous, switch off and go Around The Horne.