THE TALE OF TWO CITIES ISSUE

The weekend’s racing in Sydney and Melbourne told a very telling tale of two very, very, different cities. The contrasts went a long way towards explaining why racing in bleak city is able to capture the attention of a very crowded media of every shape size and form, and why it is able to resonate and appeal to the hearts and minds of the average punter out there in suburban land. 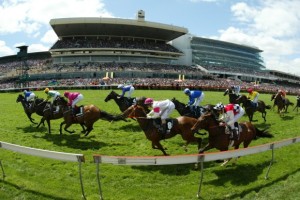 These days. Melbourne racing’s DNA has an unmistakeably egalitarian base. It is not dominated by the elites. In political terms, Melbourne racing has a more proletarian feel about it. And that’s probably one of the strong underlying reasons why racing in bleak city has such a mainstream populist appeal which resonates through the populace. It probably also goes a long way towards explaining why racing in Sydney struggles to have a strong enough pulse in this larger and more vibrant city.

In Melbourne, it’s almost impossible to escape the conversation about racing wherever you go. Even in their grand final week and weekend, just about everyone you spoke with at a function, or at a pub or at any social gathering had a mate, or a relative, or work colleague who had a share in a racehorse, or had an involvement themselves.

Syndication in Melbourne racing is massive. It is a cornerstone of Victorian racing. Ownership drills down to the smallest of percentages. Start at just a humble one percent and work upwards is a common theme in the ownership of a multitude of horses.

At Moonee Valley’s first night racing meeting of the season, one horse clearly dominated the headlines – The Cleaner- an amazing story of a horse raced by a group of crusty old weather-beaten salt of the earth mates from across Bass Strait in sleepy old Tasmania, and trained by an equally amazing true character of Australian racing – Mick Burles.

The Cleaner is truly the people’s horse. It is an unique romantic story which appeals to the psyche of not just those of us racing tragics. The trip across Bass Strait has become almost a ritual for Mick Burles who loads the “people’s champ” into his float, and drives to Devonport where they then board the Spirit of Tasmania ferry for the overnight trip across Bass Strait to Melbourne. He repeats the ferry trip in reverse back to Devonport the same night after he has completed “mission accomplished” in Melbourne.

The Cleaner with his bold front running style and fighting qualities when challenged in the straight, together with his popular trainer and owners, epitomize the egalitarian nature of Melbourne racing and what was once Australian racing- a sport that, unlike in Sydney, welcomes a wide demographic, and is not about elites with bucket loads of speculative cash gained from the stock market and eager to outdo each other in the sales ring.

The Cleaner is but one example of the egalitarian nature of Melbourne racing as evidenced so tellingly last weekend. Take Trust In A Gust and Rich Enuff, successful in their respective black type races on Sunday at Caulfield. 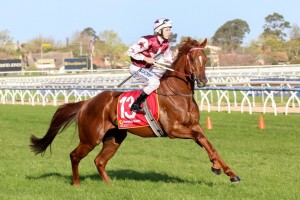 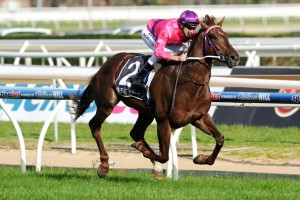 If ever there was compelling evidence of both the affordability of racing for the little guys and battlers, and for that timeless adage of racing being one of the greatest levellers, Trust In A Gust and Rich Enuff are shining examples.

Trust In a Gust cost just $40,000 as a yearling to the bid of respected Australian bloodstock agent John Foote on behalf of Darren Weir, Victoria’s premier trainer last season and one of the most down to earth “bushies” you could find in the crowded and competitive training ranks in bleak city.

A son of the very modestly successful Keep The Faith, Trust In A Gust was a “spec” buy at the sales and Weir did not have prospective owners beating each other with baseball bats to get to the top of the queue to claim a share. The ownership of Trust In A Gust comprises a swag of syndicates large enough to trigger the “house full” sign in the mounting yard. When they crossed the line in the Group One Rupert Clarke Stakes last Sunday, there was a deafening roar from the owners stand and the cameras said it all.

Here was a group of “little” guys and girls- their joy palpable and very contagious. It’s what racing is all about, and what is so very sadly lacking in the stark, regimented and elitist environment that has engulfed Sydney racing. And, by the way, with the incentive bonuses in Melbourne, Trust In A Gust has tuned that $40,000 investment into an $825,000 lottery win for his syndicate of owners.

A race or two earlier, we were treated to a very similar feel good racing story with the win of Rich Enuff in the Group 3 Guineas Prelude defying the howling gale force wind blowing in his face as he raced without cover, and ridden brilliantly by our good mate Michael Rodd. 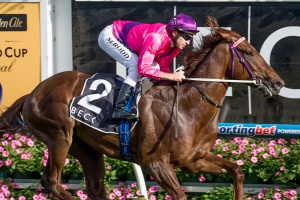 Rich Enuff is another striking example of a modestly bred horse striking the jackpot. But more than his modest pedigree, he was bred by a battler- Ken Keys- who also trains him and races him with a bunch of mates. His hat-trick of wins in this preparation has catapulted him into favouritism for the $1million Group One Caulfield Guineas on Saturday week. For Ken and his mates success in the Guineas could deliver their biggest pay day in racing and would have studs driving Ken and his mates into a state of apoplexy with multi million deals for breeding rights.

In contrast, it is difficult to recall the last feel good story of a battler or little guy striking the jackpot in Sydney racing, where, regrettably, success has increasingly become the domain of the elite breeders and owners with unlimited access to finance to buy or breed in bulk and minimize the risk of failure.

From memory, Joe Janiak and Takeover Target were the last example of a battle striking the jackpot with a feel good racing story in Syney.

With a stellar cast of equine heroes and their connections, and a seemingly regular flow of feel good stories coming off such a diverse and rich egalitarian base, is it any wonder why racing in Melbourne just keeps conceiving such a different and popular narrative- and so frequently?

THE PAN SUTONG BUY UP

If what we are hearing and seeing is any guide, leviathan Chinese businessman Pan Sutong’s taste for thoroughbreds has climbed to another level.

Having bought a significant part of the Hayes’ family’s Lindsay Park estate in South Australia, which is in the process of being transformed into a state of the art showpiece breeding operation and leisure facility, Pan Sutong’s Breeding Advisors were the second largest buyers of high quality mares and breeding stock at this week’s Patinack Farm dispersal sale at the Magic Millions sales complex on the Gold Coast.

The Goldin Farm strategy is clearly to acquire the very best black type race mares from some of the world’s best families and pedigrees to be mated with Pan Sutong’s pride and joy – the wonderful and impeccably bred racehorse Akeed Mofeed whose victory in the International Group One last December at Shatin was his finest, and which secured the magnificent looking stallion a place in the breeding barn. 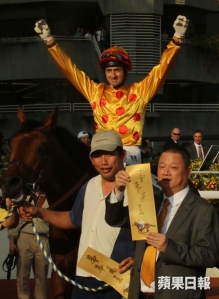 Whilst thoroughbred breeding has proven to be anything but an exact science, getting quality mares with pedigrees and performance, at the very least, gives a stallion a better chance of a throw at the stumps in what is a highly competitive and cut throat business where anything but success at the top end of racing with two or three crops racing, is just not tolerated.

Pan Sutong and Goldin Farm should be applauded for giving Akeed Mofeed and their bold new thoroughbred breeding venture every possible chance to succeed.

NOT EVERYONE’S BUYING INTO THE COUNTRY CHAMPIONSHIPS.

Despite the outpouring of “instant” support from various regions for the Country Championships part of next Autumn’s Sydney Championships carnival, from what is being heard and said by Trainers in some of these same regions, not everyone is enamoured with the structure of the Series and, in particular, the decision to allocate the $1 million for the seven regional heats and Final.

With details of the Country Championships series being released on a drip feed basis with an enthusiastic and somewhat manufactured “spin” like response from some Country Race Clubs and selected Trainers, it is becoming clear as more of the dust settles, that only a select few owners and trainers who own and train Class Five horses, are going to be able to compete for the seven $100,000 heats in each of the seven regions, with just fourteen (winner and runner-up from each region) starters in the $300,000 Final.

The solution to the woes of NSW country racing is complex- but a logical and practical option is to actually spread the $1 million to the seven country regions in prize money and lift the embarrassingly low minimums, and deliver on the promises made during that unforgettable euphoric post product fee whirlwind victory tour of the NSW country regions by the yin and yang of NSW racing – the messiah and v’lundies, below- to boost funding for country racing.

Will it happen or just be yet another “politicians promise”?

You can have very long odds about it.

The wins by Earthquake (Champion Two Year Old) and Guelph (Champion Three Year Old Filly) in their categories in the Australian Champion Racehorse Of The Year Awards will shine the spotlight even more intensely on Godolphin’s new retained trainer John O’Shea.

It would be fair to say that the “handover” from Snowden to O’Shea and its lack of immediate success is becoming more just than a talking point both on and off the racetrack. And not surprisingly, rumours are sprouting at a rate faster than the birth rate in China pre the implementation of the one child policy.

The defection of Kerrin McEvoy, Sheikh Mo’s “love child” away from the retained rider role with the breeding and racing behemoth to a freelance role would not have helped either, irrespective of the very unsuccessful “spin”, which, in itself, has merely fuelled the perception that all’s not well in Godolphin’s Aussie oasis.

The racing grapevine suggests strongly that Godolphin had little choice but to reluctantly let Peter Snowden leave his contracted role and form a new training partnership with his son Paul. 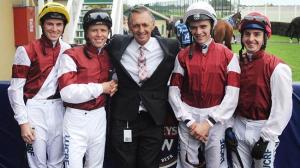 Peter Snowden handled the Godolphin head trainer role admirably. He was always approachable, easy to interview and a complete professional. Importantly he delivered black type Group Ones to Godolphin as was expected from the role.

To be fair to O’Shea, it is far too premature to make a judgment call after just five months, even though many in the NSW racing industry are keen to do just that.. The next year will define his future with Godolphin.

Of comfort to John O’Shea is the rumoured pay out clause in his contract with Godolphin.

That should also provide comfort for the NSW racing industry: They will be spared another fund raiser for O’Shea after one was organized a few years ago to pay his legal bills after a judgment against him and in favour of a disgruntled owner. 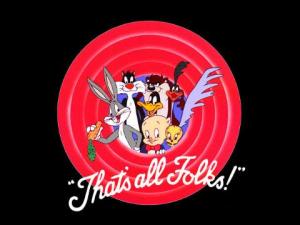 2 Responses to THE TALE OF TWO CITIES ISSUE