“The Americans” and totally in lust with Keri Russell as Elizabeth Jennings- sexy, ruthless, mother lover and spy.

Who we’re listening to. 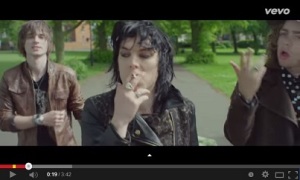 What’s on our mind right now: Winning today at Shatin.

It’s not going to be easy today as no one can be sure which stables have their horses forward enough to win- and even if they do, the question is whether the horses are good enough.

Looking at the card, the jockey to follow is Joao Moreira.

If not for his pandemic of suspensions, The Magic Man from Brazil would have easily won the Jockey Premiership and seems determined to mend his errant ways on the track and make amends for last season where he started with a bang- and ended with a whimper.

On paper, Moreira looks to have three solid winning chances with Zac Purton having two solid winners of his own.

That’s five of the ten races taken care of if everything goes according to script.

But look at how badly the script was mangled at Flemington and Randwick yesterday.

That’s racing and here’s hoping we do better that those Burning Men in Australia.

And so, onto the business at hand…

Two Class 5 races for horses rated 40-15 might not be the most whizz-bang way to get the new season up and running, but think of these events as warm-up acts.

These races will take place while punters are still arriving at the track track by trains, planes and automobiles while others ready themselves for the day ahead by making a mad stampede to the buffet tables trampling everything in sight to get to the oysters and lobster.

At these buffet tables, they take up the art of building huge pagodas on their plates by piling a weird assortment of dishes- sushi, curries, oysters, lobsters and desserts on the one dish- and then inhale it all and belch loudly to show appreciation.

Sure, it’s all a tad Neanderthal, but so was Mr. Creosote- and he was bloody British.

As for these two first races, they’re not exactly The Meaning Of Life and not for me though I think Brett Prebble will put his wasted trip to ride Down Under yesterday behind him and win the first on Double Dragon and Zac Purton will take out the second race on Sparkling Swordsman.

As someone who doesn’t believe in tips, tripsters, tricksters, or tipsters, and only blame myself for choices made based on jockey engagements, barrier draws and form- though these next few early meetings can’t really be based around form- here are my random thoughts and even more random choices to do with as you please.

The 1200 metre HKSAR Chief Executive’s Cup where the unpopular Chief Executive will, mercifully, put in a no-show with Tony Cruz having four of the eleven runners, this is where we get down to the real business at hand.

Of his four runners, Peniaphobia-no, it’s not a fear of big penises- is the stable elect with Chadwick up, but some say Divine Ten (Whyte) is the one to beat with Charles The Great (Keith) and Tour De Force capable of upsetting.

I’ll stick with Peniaphobia and give Brother Douglas and his Divine Ten the flick in a very tough race full of value. 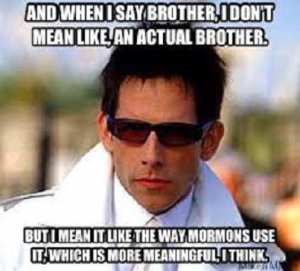 The first leg of the Triple Trio- there is a $18m jackpot- for Class 4 horses rated between 40-60 over 1200m and where Joao Moreira will be on the favourite in the Tony Millard-trained Hit The Bid which wears blinkers for the first time. How this packet of M&Ms develops over the season will be interesting to watch.

With Moreira already on Ambitious Dragon for the former champion’s comeback tour, the odds of more Magic applied to three new, and said to be good very good, South African purchases by Millie, looks a formality.

In what is a pretty weak race, the fit Hit The Bid after a great trial and blinkers on for the first time, should win with value quinella and tierce chances being Able Warrior (2), Romantic Cash (5), Golden Gunners (6) and Heartland (13).

The first leg of the Six Up and the first of day’s two Quartet bets, this is for Class 4 horses rated 60-40 and run over 1000m where, at least last season, horses drawn the outside and closest to the grandstand had the shortest way home to the winning post and where ratings and jockey bookings didn’t matter. Whatever might be favourite could easily be rolled so watch out for Rolling Stones and Tumbling Dice- and Alvin Ng on Real Fit. 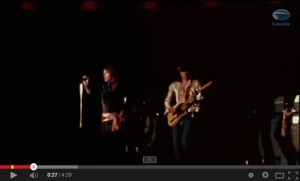 A Class 3 event for horses rated 60-80 over 1400m and where, again, Magic should strike, this time for the John Moore-trained Principal. Yes, it’s another packet of M&Ms to follow.

Moreira stays loyal to the Millard-trained Vera Pearl, which was heavily tipped by pundits- and beaten- at least twice last season. I can’t have it even if The Magic Man were to hypnotise the other runners into stopping so he can hop onto a bus with Vera Pearl. The horse just seems either dogged by bad luck or just sees itself as a non-winner and so, can’t be bothered to even try.

Apart from Hit A Home Run (Whyte), I’d go searching for value and look to see if the money starts to trickle in for Watch King, drawn perfectly for Christian Reith, and Global Fame, racing up a class but carrying only 115 pounds with Derek Leung up, who left to spend the off-season with the Gai Waterhouse team, but ended up riding a winner for John O’Shea, thanks to some divine intervention by Darren Beadman.

A Class 3 event for horses rated 60-80 over 1200m and with local celebrity Aaron Kwok’s Calling With Love (Prebble) certain to start under the odds as his fans will back it thinking this race has been “set” to give their idol a great start to the new season. 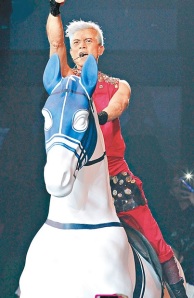 It’s quite remarkable how superstitious local punters can be and who follow jockeys and trainers whenever they know they’re celebrating or about the celebrate birthdays, wedding anniversaries, new fatherhood etc- or noticing that they’ve shaved their heads to get rid of any bad luck. The shaving of heads is a fung shui thing.

This is a tough race, I can’t back Aaron Kwok’s horse which looks as one-dimensional as his owner’s acting, and will go with All Great Friends, which Alex Lai has been looking after his ride like a jealous lover. 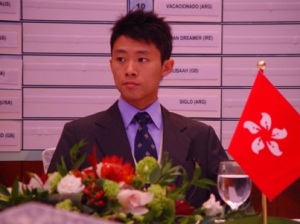 Another 1000m dash, this time for Class 2 horses rated between 80-100, and where, again, barrier draws will come into play.

Bundle of Joy with Moreira up should win this, but I would keep Charity Joy with Keith Yeung in the saddle very safe. It’s drawn barrier 10, it’s speedy and Yeung will be going all out to get a winner on board after spending most of last season on the sidelines with a series of injuries. This kid can ride. 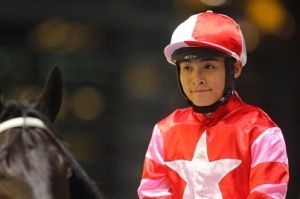 Run over 1400m for Class 2 horses rated between 80-100, this is the second Quartet race for the day and the last leg of the Six Up, the Treble and the Third Double Trio.

Tony Cruz is said to have his horses very forward in condition and even without knowing this I like his Helene Super Star which is racing down a class with Chadwick up with his other runner- Multivictory- even if it does have apprentice Alvin “The Chipmunk” Ng in the saddle- a disappointment after arriving in Hong Kong having ridden some 800 winners on tracks in New Zealand and Australia.

These 800 wins must have been at picnic races as “The Chipmunk” has not shown much potential though he might improve a few lengths under the tutelage of Cruz, who remains very loyal to local riders and is adamant that Tom Cruise Control can provide Ng with a few winners. 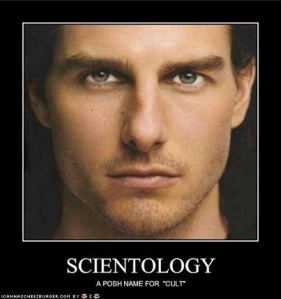 With the quartet in mind, I’ll be using Multivictory as my multiple banker with numbers 2,3,6,10,11. 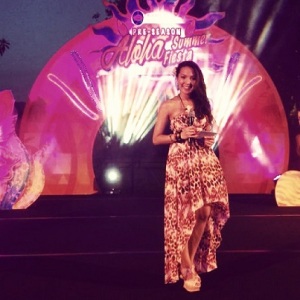