The subject of the well-being and mental health of industry participants is finally being acknowledged as one of the most serious issues confronting a growing number of those who make a living out of the Australian thoroughbred racing industry.

By its very nature, depression and mental health issues remain insidious – a silent killer, which so often claims its victims with very little if any warning.

The acknowledgment that mental health issues are widespread in the racing industry is, in itself, a result of growing awareness and recognition of the symptoms of the illness, resulting in either being diagnosed as suffering from it, or “coming out” publicly and seeking professional help.

Thankfully, a more forgiving society is less inclined to stigmatize mental health and depression and reach out and help and assist those in need.

In recent times, both anecdotally and through well documented and well publicized evidential cases, the extent of the problem in Australian racing is being revealed on a regular basis- and the fallout is alarming.

The impact of mental health and depression does not restrict itself to the individual suffering from the illness.

Its impact spreads far and wide – to families and friends, employees, workplace colleagues, clients and customers, and so it goes.

It is why the Trainers Wellbeing Programme announced jointly last week by Racing Victoria, Beyond Blue and the Victorian Trainers Association- and the initiative by the NSW Trainers Association and Racing NSW- to provide a counselling resource in NSW, are just so very, very important.

They are baby steps in providing what can be life saving support and assistance to those who so desperately are in need.

These programmes cannot be commended enough together with the organizations that are coming together to deliver them to industry participants.

What is also easily forgotten is the impact that depression can and does have on punters. Yes, punters.

To that extent, organizations like Gamblers Anonymous have been in place for some considerable time and, from what we are told, provide a very extensive and well-structured professional support service to those hooked on the sports that have turned a passion into an addiction.

It is also the reason why Jeff Kennett’s self-indulgent and illogical rant hijacking the launch of the Trainer Wellbeing Program is just so difficult to get one’s head around.

The role of the media – the fifth estate, in generating maximum awareness for the program- is so critical to the success of the program, that for Jeff to hijack the opportunity by an ill-timed rant, which was largely irrelevant to the day’s agenda is almost unforgivable.

It is to be hoped that the organizations involved, together with the racing media, can regenerate awareness and interest in such worthwhile initiatives.

ANOTHER WAR WE DON’T NEED

If the stoush between NSW and Victoria over TVN isn’t enough, we now have another war declared between the two States with the battleground on this occasion being the Autumn Carnival race dates.

The Sydney Autumn Carnival, which, in its latest incarnation, is now known as the Championships, has, for decades, been based around Easter. And it worked. Brilliantly.

But all of that changed as the then AJC and Racing NSW decided to give the Autumn Carnival fixed dates around April, abandoning the lunar calendar and the Easter moon to dictate its dates.

The advent of the Championships has all but ruled out a return to the carnival dates being determined by the phases of the moon.

The indecent haste in decision making for the inaugural staging of the Championships this year set off a chain reaction of inter-connected problems, which has left Racing NSW and the ATC with no option but to make some significant changes – particularly to race dates.

The upshot of the proposed time table for the 2015 Championships is little short of a dogs breakfast with the feature Randwick Guineas scheduled to clash with the Australian Guineas in Melbourne.

Not surprisingly, “bleak city” is furious- and who can blame them?

The Victorian Autumn Carnival is set in stone- and has been for a very, very long time.

The VRC Super Saturday race day in March has been carefully and strategically developed as the VRC’s key Autumn race day- and is starting to work.

But then again, when it comes to racing, “bleak city” makes “sin city” look like the bunch of “d” grade amateurs that are dished up to manage the country’s racing industry.

It beggars belief that the powers that be in NSW cannot sit down with their Victorian counterparts each year when the annual allocation of race dates and carnivals process takes place, and work cooperatively towards achieving a cohesive and constructive sequence of race dates, racing program, and black type races which complement rather than clash or compete head to head with one another. 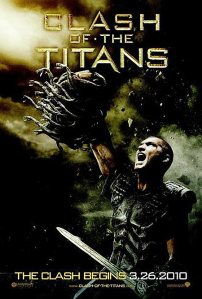 The mere fact that this subject has become public is, itself, an indictment on Australian racing administrators and the dysfunctional state of Australian racing- particularly the NSW racing administrators who appear more in favour of picking pointless and petty fights with whoever they can engage in a skirmish with zero regard for maintaining goodwill and dialogue with participant groups and their counterparts in other States.

The so-called “masterplan” for bleak city’s Moonee Valley racecourse has edged closer to reality after a State Government planning and development green light, removing an important red tape hurdle which had threatened to derail the project. 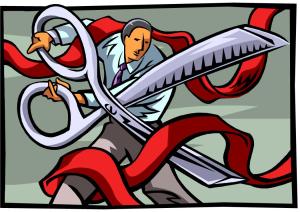 The masterplan makes little sense- unless, of course, the “elephant in the room” aka the hip pocket factor, is taken into consideration. 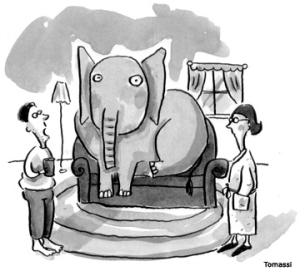 The “Valley” is a tight compact racecourse, which has served racing in bleak city very well for a very long time.

It’s better known as the home of the Cox Plate, one of the State and Australia’s iconic races.

Its all purpose and all-weather racing surface, which is the same racing surface that both Shatin and Happy Valley race on, has been hailed for its ability to stage a race meeting during all extremes of weather.

As a metropolitan night racing venue in bleak city, it’s really the Valley or bust. And that is despite its distance away from the heart of the city centre.

Night racing has been the saving grace of Moonee Valley.

Without night racing, it would be very difficult to justify its future as a racetrack.

Its signature race – the Cox Plate- could and should be run at Flemington.

It would deliver a financial windfall.

The almost insultingly low attendance figures at the Valley, constrained by its limited 30,000 odd capacity, would exceed six figures.

Corporate hospitality would be virtually a sell out.

From a racing perspective, a Flemington Cox Plate with a $5 or $6 million stake money pool would open the door to international competition turned off by the tightness of the Valley track.

It has been a significant factor in the failure of the Valley to attract serious quality international competitors like Shatin does each year for Hong Kong’s International races.

Putting all of that aside, there is no justification for tearing up the Valley track- and completely re-figuring the race track and infrastructure.

Considering its place and position in the Victorian racing landscape as both a Club and racetrack, does the Valley really need such a massive makeover which will trash millions from an industry that can ill-afford to blow precious funds on what will be nothing more than a very expensive and obscene cosmic makeover?

Interestingly, the “master plan”, from what we are told, involves the sale-that’s right- the SALE of parcels of racecourse land for residential development, releasing funding for the redevelopment and, no doubt, to bankroll the escalating costs of running a race club and racecourse.

Perhaps it is time for the governing body in bleak city – Racing Victoria- to step in and call time on this unnecessary and expensive indulgence and flight of fancy?

The “big wet” which has washed out eight race meetings over the past week in NSW has- again- highlighted both the pig-headedness, and appalling lack of vision demonstrated by the dumb and dumber decision makers at Druitt Street, which has left a $10 million black hole in betting turnover in NSW.

The NSW Tab estimates, quoted by the Telegraph, paint a very grim picture, which, to the surprise of no one observing NSW racing, could have been avoided if Racing NSW had come to its senses and installed a synthetic track at one of two provincial or country centres. 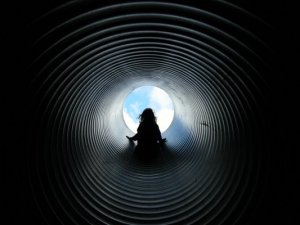 Over in bleak city, the racing administrators-justifiably- point to the “saviour” that their country Geelong synthetic track has been in its ability to stage race meetings during the long cold and wet winter that Victoria suffers each year. 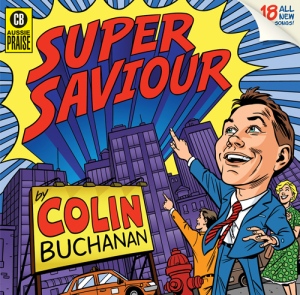 Synthetic track racing has its fair share of detractors, but it has cauterized the wagering carnage that could have been inflicted on racing in that State- and the type of catastrophes that are being experienced in NSW.

Losing eight race meetings in a fortnight is a disaster- and if this isn’t a wake up call, then, poohbahs, what is?

Then again, going down the path of installing a synthetic track would be an acknowledgement that the Victorians have got it right.

And, good gawd, we can’t have that.

A GREAT BIG RAP FOR RSN! 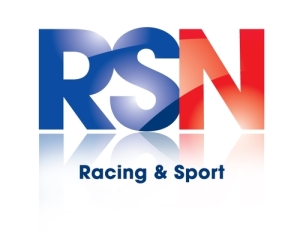 Hats off to RSN for boldly going where no other racing club anywhere in the world has dared to go before with its excellent radio spot promoting the upcoming Spring Racing Carnival.

It’s fresh, it’s creative, it’s edgy and it’s where Eminem raps about taking that opportunity on “Lose Yourself” with backing soundbites from Lady GaiGai and Nadia Horne, mentions about Fiorente, Shamus Award, Happy Trails, Michael Rodd and Chris Waller together with race calls from Greg Miles- and more of Marshall Mathers aka The Real Slim Shady: “Look, if you had one shot, one opportunity/To seize everything you wanted/One moment/Would you capture it or just let it slip/YO!”

It’s a creative product that’s on the money, and all credit to the team that put it together- getting the sync Rights to any Eminem track is not easy- and props to whoever had the courage of their convictions to approve it- rare, indeed, when one has dealt with racing clubs full of sycophantic Yes People pandering to the illogical subjectivity of old fart thinkers. 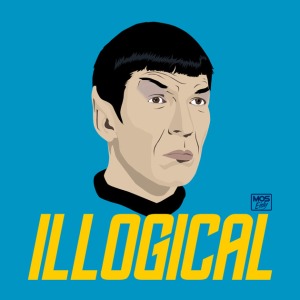 As we all know, opinions are like arseholes: Everyone has one, which doesn’t mean bending over to please everybody all the time, and being exposed as a pseudo-intellectual fraud speaking dollops of gibberish with forked tongue, Kemo Sabay. 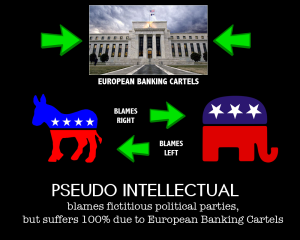 Getting back to RSN, one only hopes and wishes, this spot can be heard by those other than a captive hardcore racing audience- and that it’s translated into a television spot.

It deserves to be seen and heard.

On the subject of sports marketing, if possible, try and watch a new spot produced in Singapore for Fox Sports Asia- entertaining, creative and very VERY sexy.

1 Response to CARING, WARRING, MASTER PLANS AND RSN AND EMINEM