IS THERE A MONSTER IN THE HOUSE? 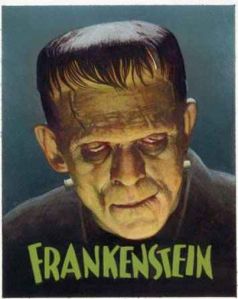 Racing’s worst kept secret – the merger between the Australian Racing Board, aka the ARB, and Racing Information Services Australia, aka RISA following their purchase of the Australian Stud Book from the VRC and the ATC, which was officially made public last week- could potentially be the long awaited first step towards the creation of a potent national governing body for Australian racing.

Racing Australia, as we have been told it will be called, will face an uphill battle to win over the hearts and minds of a cynical, territorial and divided industry, if it is to make any impact on bringing together the disparate and self interest driven State governing bodies, race clubs and participant groups. 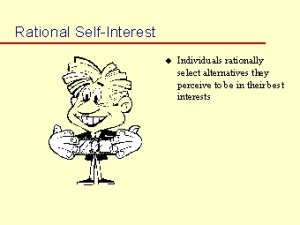 Mission impossible it will be unless the new Racing Australia is constituted and structured as a genuinely, rolled gold independent body. And that means parachuting the present ineffective and outdated State based representative structure and, with it, he with the icky toffee tongue. 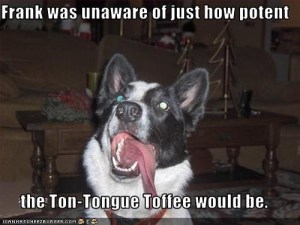 From what we are hearing in NSW, the latter may happen sooner than later.

Not surprisingly, “Toffee” has failed to endear himself to the great majority of the State Governing Bodies, Race Clubs and representative Participant Associations.

As one Race Club official observed, “Toffee” still operates as though he has never left the political hothouse of Canberra, from whence he came.

If there is one quick and effective way of alienating racing administrators and officials it is through the bluster and steam roller tactics that are so inherent in the political bullring.

Australian racing is crying out for an end to the division and polarisation that has successfully prevented it from progressing into a modern sporting and leisure and entertainment business that’s able to appeal to generations coming through on a national level.

The merger between the ARB and RISA and the purchase of the Stud Book, if managed and structured in the best interest of the Australian racing industry on a national scale, could be its lifesaver.

If not, it could also create a Monster – a powerful and dictatorial entity controlled by ambition, self-interest with a touch of vindictiveness thrown in for good measure.

This is the polar opposite of what Australian racing needs.

To succeed, all States MUST come together and ensure a truly independent Board and Chief Executive are head hunted for Racing Australia.

Anything else would render the new entity completely impotent and inevitably result in the worst sort of patronage and appointment of Board members and Executive staff based on mateship, IOU’s and the type of insidious and corrupt behaviour that has become entrenched in the management appointment process adopted by the Australian racing industry over recent decades. 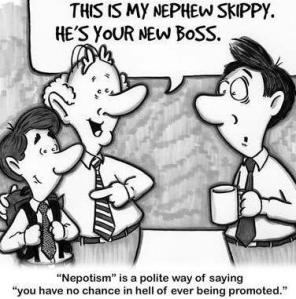 It’s been rumoured for some considerable time that James Packer has been contemplating a takeover of Betfair Australia of which he has been a 50/50 partner with the UK based betting exchange pioneer.

It was always a question of when Kerry’s son and heir would expand his gaming and wagering portfolio, adding and integrating the potentially lucrative on-line opportunities that Betfair offers to his global gaming empire.

It’s a smart move, and if the takeover price of $10 million is correct, he could have secured one of the commercial bargains of the century.

Apart from the traditional on-line opportunities that Betfair- and for that matter any corporate bookmaker- can offer to a tech savvy market with an insatiable appetite for potentially rewarding instant financial gratification and gain, the potential to offer “new” fixed odds type gaming products are limitless.

And with the appetite for new products in gaming and wagering reaching binge proportions, James Packer’s coterie of highly paid and successful business strategists and advisers have bulls eyed an opportunity with the highly trained scent of a truffle dog or pig in the dense oak forests of France and Italy.

From Packer’s and his advisers perspective, they would have also concluded- quite correctly- that the fixed odds market and sports wagering will only continue to grow – exponentially in some cases.

They recognize the bleeding and bloody obvious – that traditional pari-mutuel wagering is dead in the water, in terms of not just growth, but as an increasingly outdated wagering model which has lost both its pizzazz and sex appeal.

And not surprisingly the ageing, plodding, agenda driven Australian racing administrators are way out of their league when it comes to even understanding the dynamics and necessity of strategy, and the absolutely vital role it plays in the success or failure of a business.

They are driven exclusively by risk aversion and, MOTHER, a Hitchcock-like fear of failure.

To James Packer’s credit, he has recognized that in this- the 21st century- if you don’t headhunt and hire the best business brains and are prepared to take calculated and responsible risks, you would be better off in a chateau somewhere in rural France pondering what might have been – if only.

It would be no surprise if the Packer team does not already have a strategy for acquisitions in the corporate bookmaking world.

Packer’s record and history suggests- conclusively- that he ain’t a fan of the “bit player” role in the corporate or commercial world.

He is a big picture man. 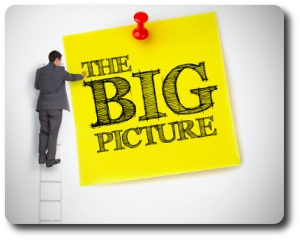 The implications for the Australian racing industry are massive in the short and medium term.

Fasten your seat belts and get ready for a ride like no other- a ride of global proportions where many creative minds from other industries, especially from the wide world of entertainment, are being poached through the dangling of some mighty big carrots.

THE STING IN THE TAIL OF THE CHAMPIONSHIPS FUNDING

Another of NSW racing’s worst kept secrets came to fruition with the $10 million bequeath by the State Government to fund John Messara’s and Racing NSW’s poorly structured love child – the Championships.

The reality, despite the best efforts of the sycophantic News Limited cheering squad at the Daily “Smellygraph”, is that the Baird Government and Racing Minister Troy Grant, below, were never going to withdraw funding from the Championships. 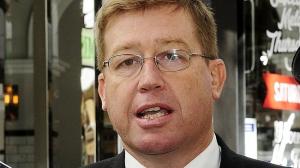 Tactically, the offer of the funding as a loan drew the response from Racing NSW which the Government, very cunningly was after.

In a poker game, it was a premature show of hands and in doing so, the public utterings of Racing NSW’s Chief Executive, and increasingly regarded as the fall guy- Peter of the Vlundies, below- sent an unambiguous message to Premier Baird and Racing Minister Grant as to what the Racing NSW agenda was all about.

The “Smelly’s” editorialising, which scaled dizzying new heights this morning on the subject of the Championships, will only accelerate the deterioration of the frosty relationship between the Baird Government and the State’s racing governing body.

The blindingly naïve and misplaced advocacy of the obscenely and one sided funding discrepancies between the Championships and the sink or swim policy towards NSW country racing will not only rankle Troy Grant and his country constituency, but alienate country members of the “50,000” participants, who, to use a well worn racing cliché, have been “eating the paint off their walls”, as they struggle to eke a living and a decent existence out of NSW country racing which has been the subject of appalling neglect for so long by NSW racing administrators.

NSW country racing administrators and participants will not believe their continuing misfortune at being used-again-as a bargaining tool by racing administrators to badger the State Government into submission and lower the tax take out rate on the pretext of raising country prize money and fixing up decades of neglected infrastructure in country NSW.

To treat Troy Grant and Mike Baird as the enemy is a very, very naïve and dangerous game.

Beating city hall is mission impossible, not just in NSW, but in every other state. Just ask the racing administrators in those States.

But then again the art of negotiation and compromise, of give and take has never been in the DNA of mean old bullies, MOTHER. 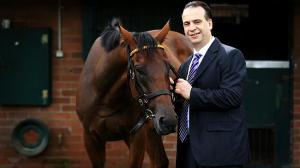 1 Response to THE MONSTERS BALL ISSUE