While we all mourn the passing of Robin Williams, I was speaking to a friend about depression, and how so many learn to keep it hid just as any junkie knows how to keep their habit hid, and why we have lost so many outwardly “funny people” along the way and how no one “saw the signs”.

British comic legends like Tony Hancock and Kenny Everett, both decided that this world was not for them and checked out early.

Spike Milligan, a comedic genius who was one of the ground-breaking trio of “The Goons” with another genius in Peter Sellers, were also both manic depressives who, like Robin Williams, kept that dark side hid most of the time, and, like losing balance trying to make it up those 12 Steps, would slip and then “share” and, for a while, that shattered glass was half full again.

Sadly, it seldom stays this way, especially, when alone and there’s a bad moon rising, or one walks into that dark side of the moon.

All that positive energy dissipates, self-destruction takes over as the mind is a very brittle “thing” when it has gone through years of wear and tear and has been on overload.

It suddenly snaps as one tap dances on that precipice without a net expecting to fly, but also not caring if there’s someone there to catch you and ease that fall.

And why is it that we have lost- and continue to lose- so many who have made us laugh with that innate gift they have- that gift to lift so many up, except for themselves?

Smokey Robinson singing about “The Tears Of Clown” probably summed it all up in three minutes of “marionette pop” that we singalong to without stopping to think of those words.

These days I do and when I do, I see all those mentioned along with Lenny Bruce, John Belushi, Chris Farley and John Lennon. 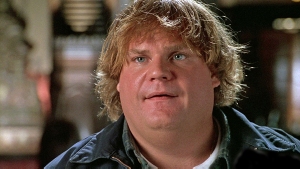 Many might disagree, but Lennon was always described as having this “sardonic wit”- very clever, sensitive, creative, brutally honest, and an extremely humorous man who also kept it well hid. That dark side.

But on songs like “Help”, “I’m A Loser”, “No Reply”, “You’ve Gotta Hide Your Love Away” and “I’m So Tired”, he seemed to be crying out for help, and which finally came out of self-cathartic and primal scream exercises in “Mother”, and his smacked down, chilling recording of “Cold Turkey”.

Depression is the greatest silent disease- and killer- as it creeps up on you- only you- and where you are the loneliest person in the world despite everyone around you, or, at least, someone only a phone call away.

Depression causes all types of breakups, and what I call “misrepresented relationships” as it is also a form of escapism and running away from responsibilities and reality- constantly running away, or trying to outrun those mental hounds of hell chasing after you.

And so you see counsellors, you are taken to speak to experts, you are shown those “happy places”, but if unwilling to accept any of this, none of it works.

The pen might be mightier than the sword, and the mind has another mind feeding it all the time, which works and overworks all on its own.

Today, we mourn the passing of a brilliant and much loved comedian who was different things to many people.

Let’s also not forget those we know who are with us today, and those we have lost along the way as, perhaps, saying, “Snap out of it, mate” was not enough.

In horse racing, I have lost two friends to depression- top blokes who, outwardly, had it all, but, inwardly, felt they had nothing.

A few months ago, racing lost a trainer to depression while two others- one being a very good friend- are struggling to make sense of it all.

It’s tough out there. And it’s made tougher when we lose someone as famous as Robin Williams as it brings the problem closer to home- a problem, which we have practised long and hard to shut out.

By bringing this problem closer to home, it might even lead to solutions as only we can heal ourselves.

We owe this to ourselves and we owe this to those we know, personally, who believe no one cares and no one understands what they’re going through in silence.

This entry was posted in Horse Racing, HORSE RACING AND SOCIAL MEDIA. Bookmark the permalink.