THE NO BRAINER AND S*** FOR BRAINS ISSUE

BREEDERS LEVY AND THE FUNDING ‘NO BRAINER’.

Buried conveniently underneath the carefully staged campaign conducted by Racing NSW and its official propaganda unit – Rupe’s Daily “Smellygraph”- ranting and railing like hyenas in heat against the State Government for a lower tax rate to help fund racing, is one of the most obvious- and potentially lucrative sources of dosh for NSW racing: the Breeders Levy. 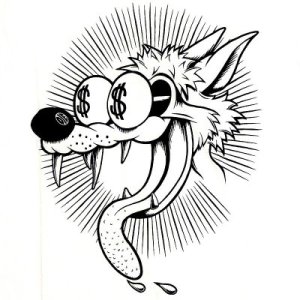 Remember the Breeders Levy? We do. It was such a no-brainer that even the Druitt Street kitchen cabinet were forced to acknowledge that breeders, just like owners, trainers, punters, totalisators, betting exchanges, corporate and the “not so corporate” bookmakers, should be required to make a financial contribution to the racing industry.

The NSW Breeders, aka the “Hunter Cabal”, have been freeloading off the thoroughbred since the “big bang” created the racing industry.

But, because the NSW breeders, aka the “Hunter Cabal”, are a protected species, there’s been fuck all done about getting a levy in place to help fund the NSW racing industry.

It’s, of course, an industry that, according to its Zena-type leader- fearless, peerless and, we hear, with great legs, is in a funding black hole, with the State Government turning off its hearing aid to the deafening cries for help from this fearless- and leggy- protector of his very own and very precious “50,000” brothers and sistahs with back up editorial support from Sister Ray and his arfing junior Corona-swigging running dog. 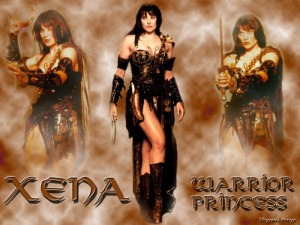 Imagine for one moment if roles were reversed and the dastardly corporate bookies were in the firing line?

Yes, all the heavy artillery would have been rolled out in a conga line from Druitt Street to the NSW Supreme Court or whatever legal jurisdiction is around to force the freeloaders to cough up.

All the well-worn and tired clichés and one-liners would have been dusted off and reprised to mortally wound the enemy.

But you just could not do that to a protected species could you?

So why hasn’t the Breeders Levy been introduced in NSW?

Perhaps the Premier Mike Baird and Racing Minister Troy Grant should ask the same question of Racing NSW and the public face of the campaign to bully the State Government to lower the tax rate?

Ironically, the Championships were originally proposed as the southern hemisphere’s version of the Breeders Cup.

What an absolute fucking give away.

And when, in a further twist of the most delicious irony, the jewel in the crown of the Championships – the Queen Elizabeth with its obscene $4 million prize money- finished up in the pockets of the patriarch of the Hunter breeders cabal – Arrowfield Stud supremo and Racing NSW Chairman John Messara, thanks to the magnificent victory of his champion racehorse It’s A Dundeel. 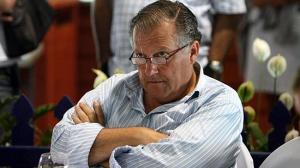 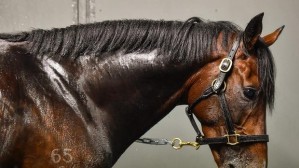 Knowing Messara’s passion for all things racing and breeding- and he’s certainly no idiot- he would have been embarrassed by the coincidence.

If a Breeders Levy were in place, it would relieve any embarrassment and talking-from-both-sides-of-the-mouth rambling, and go a long way towards answering the question being asked with increased frequency as to why the Breeders are excluded from making a financial contribution to the industry that they make a handsome profit out of.

Yes, we do recognize that some of the smaller breeders are, and have been doing it tough for a long time, but the Hunter farms have been making what can only be described as obscene returns from stallion fees and yearlings over many years, a substantial portion of which winds up in the off-shore tax havens and bank balances of well-known global breeding conglomerates.

Perhaps funds from the Breeders Levy could underwrite the Championships, leaving whatever contribution from the State Government to fix up the absolute disgrace that Sydney race tracks are in these days- despite all the money spent on “renovations”.

Surely the Racing NSW Board with its commercial expertise and basic marketing knowledge would understand the damage that is inflicted on the brand and image of racing by the justifiable complaints about the state of Randwick, the Inner Kensington Track, Rosehill and Warwick Farm?

You’d think so, unless that deaf, dumb and kid- Tommy- is too busy playing that mean pinball. 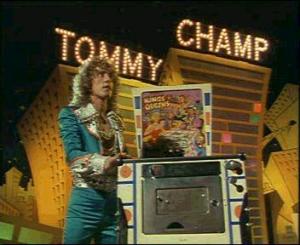 If racing was a mainstream sport- and why it still isn’t is a moot point- you could bet your last dollar something decisive would have happened- and swiftly.

But racing marches to the beat of its own drum, oblivious to missed opportunities and professional management.

We’ll say it again: It’s time to apply the scorched policy to the management and administration of racing in NSW.

Start at Ground Zero, throw open all the executive and board positions, and remove WAR from the vocabulary of horse racing in NSW. 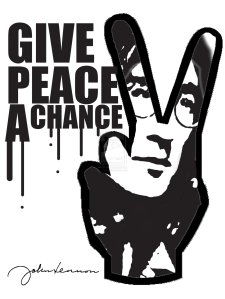 ROBBIE’S TRACK SENSE WITH NO HORSING AROUND.

Robbie Waterhouse has long been recognized across the racing industry (and even by his detractors) as one of its most important intellects.

When it comes to racing issues, Robbie has often enriched the debate offering a refreshing clarity of discussion and argument, and not blindsided by the tunnel vision and cover-up mentality of many of the self-interest driven decision makers.

Robbie has articulated his views on the preparation of tracks in the 21st century for some time now.

We heard them again after last weekend’s fiasco with the Kensington track when trainers and jockeys alike exposed the abominable mess that the poor old Randwick course proper and the Inner Kensington track are in.

It makes so much sense not to pour- and waste- millions of megalitres of water into tracks, which, with the help of moderate overnight rain produces something resembling the Kensington surface last Saturday, or at worst, a quagmire, as has been experienced in Sydney all too frequently.

Racing needs to listen and respect the wisdom of analytical thinkers like Robbie Waterhouse who have contributed to the debate on many important subjects in racing- from tracks, to handicapping and programming, just to name a few, which have delivered bucket loads of angst to every participant layer of racing.

Perhaps then, and only then, will there be an industry that operates on a foundation of rational and logical thinking, and not blinkered by the loud and irrational public utterances of those who can only offer knee jerk reactions on any racing issue.

ELITES FLEX THEIR MUSCLES IN EUROPE. AND NOW WHAT?

Some very interesting statistics compiled by British bloodstock economist John Lynam, who also happens to be the brother of Ed Lynam, the well-known English trainer, who has got plenty of mileage out of this year’s European flat racing season as the trainer of champion European sprinter Slade Power. 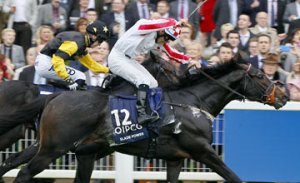 Analysing the 2013 Tattersalls yearling sales, John Lynam noted that there was a “massive increase at the high end of the market” with 92% of growth in the increased aggregate coming from sales of over 100,000 guineas.

Interestingly, the emergence of the Qatar royal family into racing has proven to be a major plus for European racing and breeding, and their presence, on a global scale, is growing. 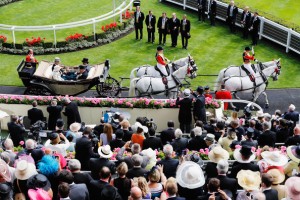 At the 2013 Tattersalls Yearling Sales, Sheikh Joaan Al Thani’s Al Shaqab operation accounted for 12% of turnover, second only to the well-established Dubai Maktoum family and their separate operations which accounted for 20% of the aggregate.

To use John Lynam’s words, these two Middle Eastern royal families have been basically “bailing out” the British bloodstock sector in recent years, demonstrating conclusively how heavily dependant British racing is on Middle Eastern money.

Whilst racing does- and must always- welcome investment in the industry with open arms, there is always a flip side to a “skew” in large scale investment from oligarchs whose power is based and exercised purely from wealth.

Racing needs to be constantly reminded of the dangers of unfettered power, and oligarchies have a track record of, sometimes, strangling an industry and a commercial market if their intentions and principles are not benevolent or honourable.

It can leave an industry (which racing is these days), vulnerable and, at the behest of vested interests whose agendas often don’t align with the industry or its participants.

British racing, and for that matter European racing, is unrecognizable from what it was just a few decades ago.

And while there are many positives in racing’s contemporary landscape and its evolution, the erosion of its grass roots base and participation is in great danger of becoming irreversible.

It’s a process that racing, irrespective of which hemisphere or country it is conducted in, can ill afford.

Yes, we’ve banged on about this before, but it cannot be emphasized enough: The development of elitism in Australian, and, particularly, NSW racing, is something which we rang the alarm bells about some time ago. 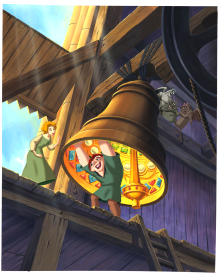 The next- and immediate challenge- is for racing to have an open conversation about the subject and debate the threats and opportunities that elitism poses to racing- and how investment should not only be welcomed and actively sought, but also managed for the benefit of the investor and the industry.

Having said that, it’s an area that racing is not very comfortable with or adept at handling.

Maybe everyone- even the bully boys- suffer from shrinkage and become girlie men incapable of winning a debate as they’re just not good enough negotiators. 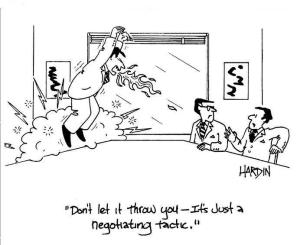 1 Response to THE NO BRAINER AND S*** FOR BRAINS ISSUE