CHAR SIU BAO BAO (叉燒包包): THE ONLY MAN TO BRING HORSE RACING TO MAINLAND CHINA LIKE ONE GIANT DUMPLING

Char Siu Bao Bao (包包) is a big man- a very big man resembling a Chinese Fat Bastard from the Austen Powers movies- and a multi-billionaire from the Ho Lee Fook province who owns vineyards in Bordeaux, Petrus, Napa Valley, Mudgee, Hawkes Bay, Wanchai and Tsimshatsui with plans to open up anything that’s, well, BIG.

He thinks so BIG, he makes every other multi-millionaire in Mainland China with plans- and there are so many with so many plans- look like Mini Me.

Bao Bao (包包) has a magnificent obsession with horses and BIGGER than BIG ideas involving horse racing in- where else?- Mainland China- and which is where he whisked me to on his private Baojet and showed me around his multi-billion dollar complex from where he plans to completely change the face, body, ass and hooves of horse racing. 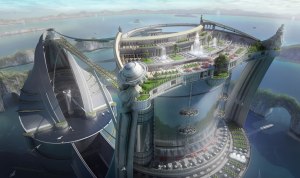 In his Forties and with interests in also changing the movie business with 6-D movies screened in special cinema complexes he is building in Boracay, Bao Bao (包包) mentioned how he wanted to buy Gai Waterhouse, Aiden O’Brien, the Ascot and Meydan Racecourses, Macau, former Hong Kong trainer Andy Leung and Billy Nader, Executive Director of Racing with the HKJC. 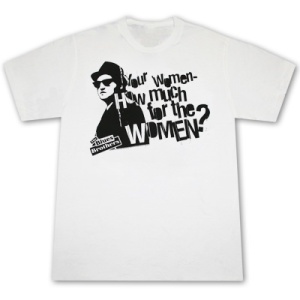 As his guest, and not wishing to dampen his enthusiasm and quash living his dream, I had to tell him that Gai Waterhouse was off the market. He was disappointed and shed a little tear. It was tough to watch the big man cry.

Still, as we toured his property- it took three days- his mood picked up and he pointed out to a long, dildo-shaped building in purple that would be his breeding area for jockeys. You read that correctly the first time.

He clapped his hands as we entered the building and an entire milk bubble hidden by concave mirrors for good fung shui opened up like a bud flowering to reveal what he told me was his amateur boom boom breeding room for future jockeys where several short, stocky, muscular women sporting beards exercised on hobby horses.

Bao Bao (包包) playfully whipped them on their Kardashian-sized buttocks as he walked past: “They no move fast”, he said, and then let out a blood curdling laugh which scared all the wild animals around his property as a murder of crows flapped around in fear. 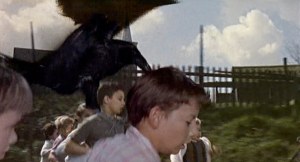 My host then asked if I could help him with another of his ambitious plans: To clone a list of jockeys he had hand-picked and whose faces stared down at me from a huge billboard lit up with their names, giant photographs and videos- Joao Moreira, Ryan Moore, Hugh Bowman, Douglas Whyte, Gary Moore and Nash Rawiller.

“You can get for me?” he asked. “Billion, okay? Only want DNA. Have top McDonald’s scientists to create super nuggety jockeys.”

“Ahhhhh, Botox Man!” he thundered and those animals again ran for safety.

Hearing that getting his hands on a Gary Moore DNA was possible, pleased him. He hit the concrete desk in front of him, split it in two, split his pantaloons in the process, cleared his throat, spat, snorted, passed some gas, and stuffed a million dollars- in cash- into my mouth as, what he said, was a sign of good faith.

I was gobsmacked. I was also nearly choking to death.

I thought I had seen and heard it all until we arrived in a room marked “Transformers”. 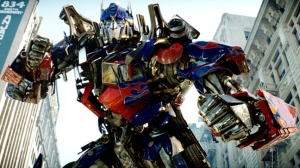 Bao Bao (包包) pressed his left cheek onto an electronic safety door pass, which opened into a giant laboratory where flying horses- the BIGGEST, most muscular horses I have ever seen- danced in the air like Mick Jagger on strings before suddenly changing shape- one time a tank, then Oprah Winfrey, then a rocket, then Le Cirque De Soleil, and then back to another muscular horse that looked like The Lone Ranger’s Silver on steroids even unknown to Lance Armstrong and Madonna. 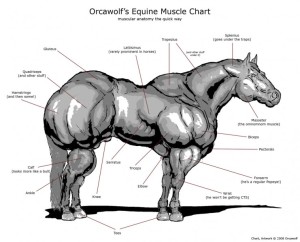 “You like?” asked my host. “You like movie? Transformers? My idea! Mark Wahlberg. We build him here. Before he only Mark Wah Wah. Small balls. We give him new balls. We make him General Transformer. Next, maybe we give Bieber big balls. Already give Kardashian women super big asses.”

Right next to the Transformers room, which took us a day to reach was a truly spectacular race track unlike anything the world would have ever seen.

As we drank bottles of Chateau Lafitte and toasted the future while dining on dishes of Peking Duck, Bao Bao (包包) talked openly of his feelings about all those other Chinese entrepreneurs and their plans to bring horse racing to Mainland China.

“They small Ningning dim sums he said” as he pointed to his BaoBao racecourse which had four different courses next to each other to suit mudlarks, horses that are dirt freaks, those that performed best on a firm track, and those that need a track with some give.

“This way, everyone has fair chance,” he explained. “Trainer pick what track for horse. Every horse race at same time on four separate tracks.”

I wondered what my old mate Caspar Fownes would have said if he was there with me.

It was an amazingly unique idea: A racecourse for all seasons- and one that was indoors to ensure the weather gods would never bugger up a race meeting.

As it had now been six days since I first arrived and had seen enough to last me a life time, I told my host that the time to leave had arrived.

He had one last weapon in his arsenal to show me. 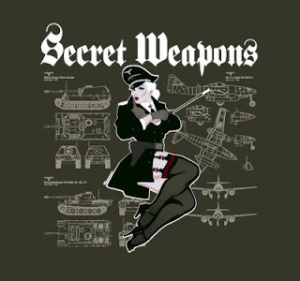 As we opened another bottle of Chateau Lafitte and toasted the future while stuffing our faces with another dish of Peking Duck while the cast of Glee sang gay songs for us, a familiar face approached us.

It was Luis Suarez, the hard-tackling, hard-biting footballer. 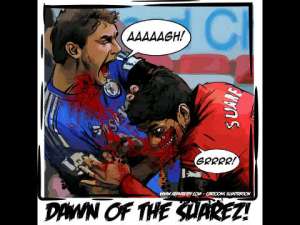 Suarez smiled. He had no teeth, however. “My secret weapon”, explained Bao Bao (包包). “Scientists making him bigger molars and bigger teeth.”

Suarez was his new racing manager and chief negotiator. “If people argue, he bite! He my bitch!” 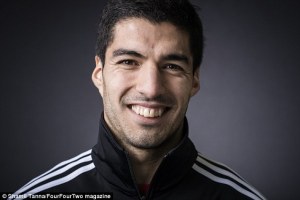 And with that, Bao Bao (包包) laughed out aloud again as birds fell from the sky, animals around us howled in terror and Luis Suarez stared at me, licking his lips and smiling.

My host and I hugged like girlie men. He lifted me off the ground, twirled me in the air and threw me into the Baojet for that trip back to Hong Kong.

Jon Landau might have written about seeing the future of Rock’n Roll in Bruce Springsteen. I had seen the future of horse racing. I was blessed.”

1 Response to CHAR SIU BAO BAO (叉燒包包): THE ONLY MAN TO BRING HORSE RACING TO MAINLAND CHINA LIKE ONE GIANT DUMPLING