CAN WE CO-MINGLE, DARLINGS?

There’s been a lot said and written about the co-mingling of wagering pools between different countries – most of it fair and reasonable.

Those misty eyed la la dreamers in racing – and, let’s face it, there’s plenty of them- who look to Co-mingling as an instant fix and a fast track to a Nirvana that can prop up the widening and worrying decline in wagering revenue to the racing industry, need to be plonked in an ice bath- shrinkage be damned- for as long as it takes for reality check to sink in.

Sure co-mingling will provide a quickie revenue boost on racing from a new source – that of another country- but the spike will be minimal in the grand scheme of the wagering landscape.

The real opportunity for Co-mingling to make a meaningful and significant contribution to the coffers of racing is in the longer term.

Through Co-mingled pools, racing can create a unique global wagering product with a significant “win dividend” for those lucky- or smart- punters with a winning ticket or combination, irrespective of where they live in the world of racing. 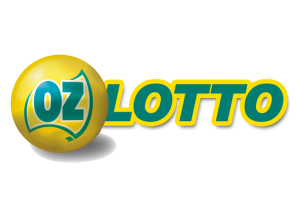 Writing this week, The South China Morning Post’s Alan Aitken was spot on when writing that an existing product like the Triple Trio if offered for co-mingling could resurrect the prize pool to its halcyon days and increase the participation and interest of punters in the co-mingled jurisdictions.

It’s what products like lotto and Hong Kong’s Mark Six are based on – the unambiguous hip pocket appeal of a relatively low-cost single ticket entry to the more expensive multiple entries.

These lottery products keep growing from strength top strength with big pools being the carrot for life changing dividends.

For racing, the dividends can be even greater.

A global-type product with massive mega million dollar pools and life changing dividends will, given human nature, transcend demographics, and create interest in racing by even those who fob the sport off as being irrelevant.

Heaven knows with all the well-documented doom and gloom with wagering trends in many racing markets, the sport needs as many saviours as it can get – short and long term- to push that ark out to new waters.

Again it’s really up to racing administrators the world over to recognize the opportunity, think laterally and outside the square, put aside any petty and negative self- serving agendas and work as one.

Opportunity doesn’t often come knocking more than once in racing.

MOODY BLUES AND RIDING HIS SEESAW WITHOUT HIS “SPINELESS COLLEAGUES”.

We admire his unbridled passion and even went to bat for him when he first cut loose and whacked everyone in sight, but the more we went back and listened to that initial rant, it all dissipated into bizarre, irrational and comical mutterings from Peter Moody.

Going on and on and on about the same thing has become b-o-r-i-n-g and is coming across as showboating or else someone “having a Howard Beale Moment”.

We have one piece of advice for Pete: Get a locksmith to cut a set of keys for the gates at your Melbourne stables and give them over to the Stewards as quickly as Black Caviar’s unforgettable exploits down the Flemington straight in your adopted home town of Melbourne.

Pete, if the response from the trainers and some of your Melbourne colleagues at the sales in Sydney is any guide, you’re making an arse of yourself by repeating and repeating about “lack of balls”, being “yellow”, being let down by the “spineless”, the keys to your kingdom, being the master of your domain.. 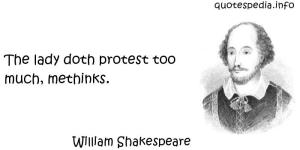 Mate, you’re the only man on the island, and don’t think that the shipwreck approaching you is going to provide you with any company.

The problem for you, Pete, is that you have- again- not understood when to rein it in and when not to go on and on and on half-cocked- but with no one in the henhouse supporting your turn as racing’s Longhorn Foghorn.

From what we hear, just about every major Melbourne trainer has provided Melbourne’s racing police with access to their stables to enable stewards to conduct stable inspections to wipe out any “cheats” in the industry down there in bleak city.

Obviously- and faced with this uncomfortable and inconvenient truth- Moody took to the Melbourne airwaves of RSN on Wednesday morning, and slammed his “yellow” and “spineless colleagues” for failing to come out publicly in support of him. And he has been singing this same old song ever since.

Who in heaven’s name is advising you, if indeed anyone is?

Slamming your colleagues who have privately expressed their support for you, but, for reasons best known to them, and, perhaps, very legitimately, have decided not to make public statements adding more flames to the fire you have lit of your own accord, is tres, tres ordinaire- and sounding more desperate than the most desperate housewife.

Spraying bullets indiscriminately at your mates and colleagues like Tony Montana on Bolivian marching powder, says it all.

Then, there was the personal and public attack on Melbourne Racing Club Chairman Mike Symons- your landlord at Caulfield- for backing the stewards policy, which doesn’t help either.

We don’t know Symons personally or as well as you do, but we know from his public utterances that he is a passionate racing person and a very smart racing administrator.

Does it matter that he wears Armani shoes or suits?

Don’t the majority of your “big” owners fit into that category?

Or are you going to check the maker of your client’s clothing attire before taking them on?

So why the sudden theatrics and hysterics, Pete?

It’s all become tiresome and as meaningless as Barbara Billingsley talking jive. Hmmmm. 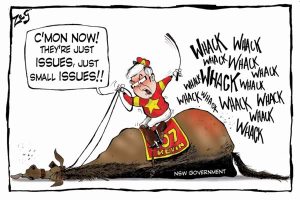 Didn’t you handle the “Chinese whispers” being spread by your former “bestie” with the contempt they deserved by refusing to speak publicly on his betrayal?

So what’s REALLY going on right here and now, Pete?

Surely, you have nothing to hide by allowing the racing police access to your stables just like most of your fellow leading trainers have done?

Mate, you are not and have never, ever been above the laws of racing.

If you have a problem accepting that simple principle, then being a licensed person is not for you.

If you can’t sign up to a level playing field, then don’t expect the regulators to make an exception for you because you “once trained Black Caviar”.

And please don’t give us that pathetic bullshit through the media about how much you have done for racing.

Does this mean that you should be treated differently when it comes to a level playing field? 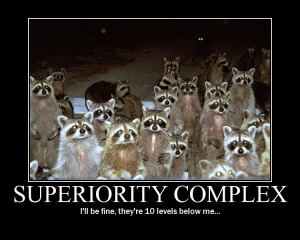 Imagine if you put on such a hissy fit in Hong Kong where we reckon you would still like to train: You’d be riding off singing Vaya Con Dios or that great Moody Blues’ classic called Go Now.

Pete, like many in racing, we, too, are sick and tired of the petty politics being played and which is holding the industry back and only helping it go backwards. And as for playing politics, you are way out of your league.

You have neither the intellect nor guile to play politics- and the more you play the martyr, the more you come across as Martha and one has to wonder if it only makes the hole deeper.

To use a cricketing analogy, you are a backyarder, mate- and a bloody bad one at that.

Pete, you left kindergarten a long time ago and to use terminology which you should understand, stop fucking sooking and concentrate on training winners – Group Ones at that as those halcyon days of Black Caviar are part of a very distant memory in the racing world where one is only as good as their last winner. 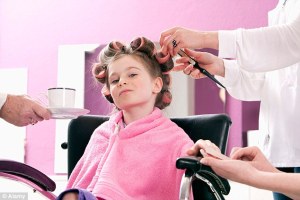 It would be a cruel blow to racing in NSW if crowds did not vote with their feet at Randwick on Saturday and the “house full” sign did not go up.

Randwick during the Easter carnival glory days attracted crowds in excess of 40,000 with nowhere near as good fields and races as this Saturday has to offer.

Hopefully the weather gods will be kind as well so there just should not be any excuses – not even that amateurish and embarrassing excuse for an advertising campaign for the event.

The worrying signs went up at Rosehill over the past three Saturdays when attendances of 8,000, 10,000 and 20,000 last Saturday attended the Golden Slipper festival.

The racing and quality of fields were “A” grade and yet crowds stayed away in droves.

You have to feel for the ATC and for racing in NSW.

But the “buzz” in Sydney this week is all about the Championships, and we just hope it translates into a bumper crowd to see some of Australia’s best horses and jockeys and trainers do battle for glory on the hallowed Randwick turf. 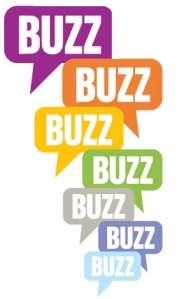 Let’s also hope that the ugly sight of horses and jockeys zig zagging in the home straight- desperately looking for better ground- as they did at Rosehill over the past few Saturdays like Mr Bean’s Oompah Loompahs is not repeated at Randwick.

WHERE TO NOW, TVN? 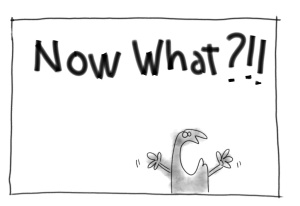 The news that TVN and Sky have reached a deal for the rights to broadcast the Championships on-line, comes as no surprise.

The push from the Sydneysiders on the TVN Board would have been irresistible.

But the bigger and more pertinent question, is when, if ever, is there going to be a permanent and workable solution to this unmitigated mess and disaster?

The resolution of the media rights issue between Sky and TVN was supposed to have been negotiated and bedded down nearly two years ago.

The Oz racing industry has continued to be derided and has, effectively, made itself look unprofessional and with a sad Yes, Minister sycophantic image to it where those in their ivory towers and send out their stormtroopers to spread their messages of hope.

Surrounded by a dysfunctional Board riddled by interstate rivalries and boundaries, it has allowed a power struggle to transcend the good of the racing industry. And that is unforgivable.

With racing in Oz having its back firmly against the wall, financially, and severely embarrassed and shamed by recent reports that the AFL is already planning to auction of its broadcast rights for the next period well in excess of the billion dollars that it currently receives, the racing industry continues to tolerate a stalemate that should never have been allowed to remain unresolved for so long. 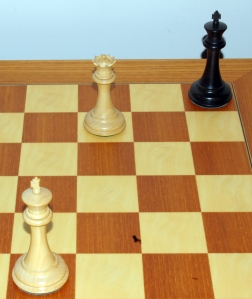 Yes, it only reinforces how abysmally unprofessional the Australian racing industry is.

Worse still, it will be a topic of conversation at next month’s Asian Racing Conference, and will reinforce the perception in other racing nations of just how fucking political, petty, dysfunctional and one-dimensional Australian racing is- faction ridden- and faction riddled because, ironically, of its not-so-great leaders, and is not the role model that it deludes itself that it is.