TEAM HONG KONG (AND MOREIRA) PROVIDE DUBAI WITH ITS OWN FIREWORKS

One supposes the Dubai World Cup Series is the closest thing to the Olympics of horse racing with Sheikh Mo throwing in the kitchen sink along with the World Cup race itself offering the biggest prize money in the world, plus his own personal white elephant in the room- the Meydan Racecourse- and an almost obscenely over-the-top Festivale De Pyrotechnics just before the big turf races begin that make camels lose their humps.

Still, it’s Sheikh Mo’s party and he’ll fire off whatever fireworks he wants no matter how much it scares the beasts and the children.

Hong Kong people are rarely patriotic about anything- especially, in horse racing with many hardcore old school local punters always thinking the city’s horses are “not good enough”- all to do with old-fashioned jealousy and resenting business associates having world class equine talent. 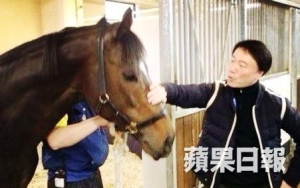 This year, Sheikh Mo, the Esteemed Ruler of a title title too long for Twitter, once again, built it and they came from almost all around the world with Team Hong Kong led by Military Attack, Akeed Mofeed, Rich Tapestry, Sterling City, Dominant, Blazing Speed, Amber Sky plus old timer Joy And Fun- and the appearance of the brilliant Hong Kong-based Brazilian jockey Joao Moreira’s first appearance on the Dubai world stage.

It’s like all those rumors about who’d play the next Batman, who’d be the lead in Shades Of Grey, or who Kim Kardashian might marry after she eventually dumps Kanye West.

It’s all showbiz and whether he likes it or not, with great power,comes great responsibility and even greater talk.

If local racing fans were supporting anyone, it was definitely Joao Moreira- and every horse ridden by The Magic Man- fresh from riding a double on Shatin’s Wednesday meeting where he and Mauritian Karis Teetan, below, gave the all-weather meeting some semblance of interest by riding five of the eight winners. 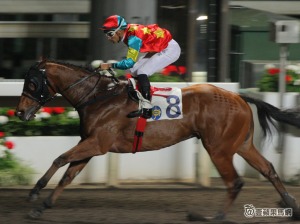 Many of the Hong Kong newspapers and television channels exploded with news of the Rugby Sevens along with outdoor Sevens concerts and talk centered around how and where to get tickets when scalpers were selling them openly for $4000 under the noses of the local gendarmes, while others were begging for tickets for the weekend’s Bruno Mars concert.

Talk of Team Hong Kong and what they might achieve in Dubai?

Not a tickyboo which made me wonder what horse racing needs to do to be more than The Rodney Dangerfield Of Sports.

Is it how the sport markets itself? Is it a lack of glamour? A lack of fun? An exclusive closed shop reserved for very few? Not having the right sponsors?

Is it thinking news and some photos on an official racing club website or some racing program is “marketing”?

Is it those vapid Yes People in racing clubs who live for free junkets and, after which, do nothing to prove their worth? 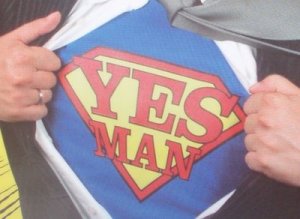 Is it a, largely, parochial and old-fashioned racing media finally exposed, globally, through the online world for what they are- tedious?

Or does it have to do with many racing club executives- totally unknown and insignificant to high-profile executives in other industries- incapable of taking horse racing to another level as they wouldn’t know this other level even if it were to bite them on their bums?

Meanwhile, while many in Hong Kong had more time for pork pies, beer, beefcake on the field and cheesecake in the grandstands and not really the matches, Sheikh Mo’s Dubai World Cup Carnival began to gather steam late Saturday night, Hong Kong time, with much expected this year from Team Hong Kong.

Conspicuously absent for this year’s races were the usually strong American contingent which comprised only three runners- Berlino De Tiger, Zoo Bros and Twilight Eclipse- and if one really HAD to throw in another- Ron The Greek, which raced entirely in the US before being sold to UA interests. 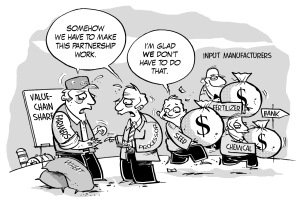 Call it what you will, but this race day is Sheikh Mo’s showcase to the racing world- an ostentatious cocktail party comprising those from his personal invitation list and the “others” from “the rank and file” to make up the numbers.

Sheikh Mo reminds me of Willy Wonka- a wonderful showman who straddles that thin line between passionate racing man plus gracious host and racing megalomaniac while always leaving me wondering, “Charmant, but, merde, what’s he REALLY thinking?”

At Meydan on Dubai World Cup night, it was a melting pot of the Haves, the Have-nots, the Oompah Loompah Wannabes and the Curious George’s of Dubai who one can spot a mile off as they’re usually with takeouts picked up at the Premier, and Spasso- Dubai’s version of Escape, the Amazonian and Players- while female Scandinavians wanting a change in scenery are returning to the city on the mend in droves, and always game to rub shoulders with anything and anybody who can get them into where something is happening.

What was interesting to meet this year were a sizable group of guests from Chengdu in Mainland China as Sheik Mo appears consumed to be involved with racing in that country.

And whatever Lola wants, Lola gets- even if in name only and with tinpot races staged to win fridges and pots and pans.

As for the racing, well, take away the great wins of Variety Club in the Godolphin Mile and the freakish- and surprising- win of Toast Of New York in the UAE Derby, what a night it was for Team Hong Kong and, especially, The Magic Man- Joao Moreira.

After piloting the Ricky Yiu-trained Amber Sky, owned by Chinese martial artist actor, director and producer in the Al Quoz Sprint, below, Moreira showed why he is not only The Magic Man, but such a competitive jockey by never ever giving up on John Moore’s Sterling City.

When it looked as if Hong Kong’s Rich Tapestry for the trainer-jockey team of Michael Chang and Olivier Doleuze had cleverly pinched the race, somehow, Moreira on Sterling City, which resented the kick-back, loomed up on the outside almost out of nowhere for trainer John Moore- and made it a Moore family affair- by taking out the Dubai Golden Shaheen and giving Hong Kong the quinella.

Moreiramania had begun while Moore heaped lavish praise on this brilliant jockey- his balance, his hands, his magic, and, no, how he’s not going anywhere if he can help it with the promise that Moreira will be riding all his best runners.

It was then time for Sheikh Mo’s answer to Star Wars, Dark Side Of The Moon and War Of The Worlds, combined, with a soprano, Middle Eastern Music that segued into “new” Gershwin, Yanni (Yanni???) and desert chanting, the entire out-of-this-world pyrotechnical kebab and a rather odd/boring/dated by a rather, well, dowdy looking Jennifer Lopez who could have been Adele.

No one seemed to know who on earth it was- or cared.

Over-the-top or Cirque De Soleil? It was certainly spectacular and one half-expected Freddy Mercury to pop out. Enough said.

Racing returned, this time on the turf track, with Japan’s Just A Way ridden by a supremely confident Yuichi Fukunaga absolutely demolishing his rivals in the Dubai Duty Free by almost seven lengths with an extraordinary win- a staggering performance from a horse that struggled in his early year before becoming the late BOOMER that it is today.

I’m sure we’ll be seeing this remarkable racehorse in Hong Kong for the QE Cup.

The running of the Dubai Sheema Classic had its fair share of ugly incidents following a horrible incident involving the ill-fated Mars and the fall of jockey Richard Hughes which resulted in a number of hard luck stories.

On the more positive side, it was a stunning ride by Ryan Moore on the very tough Japanese super-mare Gentildonna who was checked twice before finally prying herself free.

One doubts that no Xmas cards will be exchanged between Moore and Christophe Soumillon.

The best was saved for last, at least for Godolphin, when Silvestre De Souza easily took African Story first by the post in the World’s most expensive horse race- The Dubai World Cup.

It was not the most exciting race of the day, but it was a fitting finale and gift for the host of the greatest horse racing party in the world.

Of the Hong Kong horses, Akeed Mofeed did the best by coming fifth after having another of his “I wanna filly, mama” stallion mood swings which seemed to surprise Dougie Whyte.

The horse lost his mood after that whereas Military Attack was never a chance- but Hong Kong certainly showed the world that it has the horsepower to match it with the best- and new horsepower coming through the grades- and a very special jockey in Joao Moreira who gave two brilliant riding displays on Amber Sky and Sterling City.

How, I wondered, will this performance by Team Hong Kong in Dubai be marketed- or, will its success be marginalized as it’s “only horse racing”?

Will all the hard work by everyone that had gone into creating this historic feat by Team Hong Kong be REALLY understood by those still on the periphery of the sport, or will the results be hidden in the racing pages whereas Sevensmania will continue to occupy centrestage in all local- and international- media?

Other than the most hardcore- and old- racing fan, who would stay in on a Saturday night to watch the simulcast from Dubai- or join the mob at midnight at any of city’s Off-Course Betting Centres? 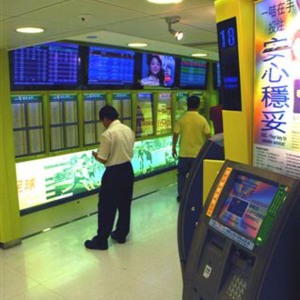 How exciting are these simulcasts to home viewers- and how are they even marketed forgetting- make that erasing- the production quality of the end product?

Few, I know, even knew where and when the broadcast from Dubai were to happen and were content to read about the races the next day.

Even the staunchest- youngish- racing fan was far more keen to join those who were making themselves roar with Katy Perry as they partied down LKF, Soho, Wyndham Street, and Wanchai and stay up all night to get in early for Sunday’s Rugby Sevens’ Finals, take in the Bruno Mars concert and continue to party on.

Personally, as when the Hong Kong cricketing minnows recently beat Bangladesh in cricket, the success and accomplishments of Team Hong Kong in Dubai should be marketed- and in a BIG way- and while the iron’s hot- and not in the ways it has always been by sending out a corporate press release.

That’s just lazy with executives in racing clubs again showing their ineffectiveness while working with a minuscule roller-deck built around their tiny universe.

Hell, if wannabe American Idols can get the Keys to their hometowns for singing some awful covers, why can’t The Keys To The City be presented to Team Hong Kong by our esteemed Chief Executive?

It will, at least, make page 3 of a newspaper and not be relegated to a racing column read by that captive readership.

What next to keep the momentum going?

Short-term, knee-jerk reactions are just that and do nothing for the future of the sport and never reach the eyes, ears, hearts and mind of those needed to give horse racing A future.

These are days when Hong Kong pride is in very short supply, it should be celebrated by the whole city as both a Thank You to make it all happen- and because pride in one’s home can be inspiring. 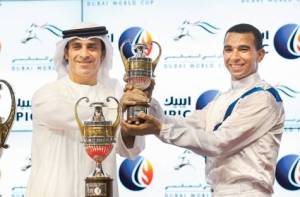