THE STEPHEN LO DOWN AND WHERE IT MIGHT LEAD.

The sentencing yesterday of businessman and prominent race horse owner Steven Lo to over five years in jail on fraud and money laundering charges have surprised some while others have seen it coming for a few years.

Those surprised are the ones who listened to also-jailed co-conspirator Joseph Lau’s alleged boasts that a supposed high-ranking Beijing official had promised him that nothing will happen.

The other side were certainly not optimistic of any acquittal as Beijing is currently undergoing a serious crackdown on corruption and want examples made of high profile criminals.

Even before this current “purge”, things looked bleak when investigations into the business dealings of Lo in Macau began and which became the talk of Hong Kong’s very unique group of businessmen with dealings across the great waters in the former Portuguese enclave and, today, with its casinos, underworld connections and new money, seen as the new Las Vegas.

It’s a movie waiting to be made- but by only the very brave. Or the incredibly stupid.

Marty? The Werewolf Of Macau?

As for Steven Lo, he is an interesting character who was born into the family that founded a once very popular drink in Hong Kong called Vitasoy- a horrible tasting drink made outta soya beans and marketed as a “health drink” with a huge advertising budget which led to various “real fruity” Vita drinks.

Lo, who sees himself as someone with an ear for music and loves his karaoke sessions where only he sings, had the money to organize concerts in Macau for a number of popular local acts in the Eighties like the Wynners, below, many of whose members are, today, involved, in one way or another, with horse racing in Hong Kong and Macau.

As an aside, the Wynners were originally known as the Loosers, both bands managed and named by Pato Leung, below, who owns Heartwood and heads up The Good Time Racing Syndicate. 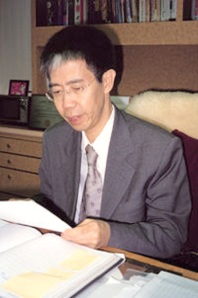 The lead singer of the Loosers was Natalis- no relation to Vitalis- Chan- he was sacked ‘cos he was a crap singer- was a “trainer” in Macau- also sacked for being crap- and, today, horse owner of Kharu with the Peter Ho stable, a shameless photo hogger by crashing many winning photo parties of people he doesn’t even know and a scary sight at the races with his hair of many colors.

Forget about Six Degrees Of Bacon.

Think of Three Degrees Of Lo, Yeung, Lau and Lai.

Meanwhile, as a film director, Steven Lo made a pretty good movie in the late Nineties called “The Tiger Of Wanchai” which was based on- what else?- the triads and a notorious triad boss. 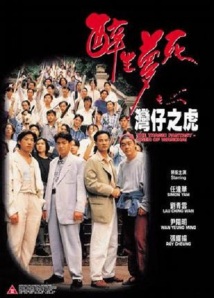 His business expanded through some creative thinking- Lo is extremely entrepreneurial- he got into horse racing and had a very good horse in the Shaune Ritchie-trained Military Move which won the 2010 New Zealand Derby at huge odds under Michael Walker- Walker rode in Hong Kong for a short time- and today, with wife Canny Leung, a well-known author and lyricist, owns BMA entertainment whose roster of talent includes former jockey Sherry Kwong and Kimberly Mosse, daughter of jockey Monsieur Mosse, and a huge restaurant and karaoke complex in Wanchai called The Tonno, which, from what we know, is the Meydan of the nightclub scene: a white elephant.

Well, apart from Lo and Lau’s Right Of Appeal and possible new Extradition Laws between Hong Kong and Macau being hurriedly put into place, on the racing front, wife Canny, below, is no bimbo and trophy wife.

She is a smart, tough Chinese cookie who can run his businesses including what happens with Military Attack which she co-owns.

It really should be “business as usual” and with Joao Moreira now having that arduous task of hugging Canny when Military Attack next wins though Steven Lo is certain to be in Dubai.

The fallout of this arrest could lead to an even more tightening by the HKJC of any association between those in Hong Kong and certain individuals and companies like the Macau casino-owned Sun Racing, owners of Eliza Park, big spenders at horse sales in Oz and with many of their purchases being raced under the name of Desiree Cheng, sister of the head of Sun, and stabled with Lady GaiGai.

As many in racing in Hong Kong know, any connection with Sun Racing is a big No No as far as the HKJC is concerned- and for good reason.

Everything happens for a reason and it just might be time to look even more closely at the “backroom boys” working in certain stables, who owns permits- and how and why, former trainers claiming to still “control” horses, who’s really calling the shots of certain racing syndicates and, as always, being wary of those having connections with characters involved with the casinos and loan sharks in Macau.

This entry was posted in Hong Kong Racing, Horse Racing. Bookmark the permalink.