UNCLE RAY HAS EL ROCA IN HIS HEAD, V’LUNDIES GETS KNICKERS IN A TWIST

His controversial pronouncements and interpretations of the rules of racing coupled with a contrasting over-zealous approach to some stewarding matters in comparison to a petty approach to others have raised the hackles of many trainers, jockeys and breeders in NSW.

His latest controversy – the late scratching of crack NZ three year old El Roca from the Group 2 Hobartville Stakes at Rosehill last Saturday for being intravenously administered a therapeutic electrolyte solution – the equivalent of a Gatorade type supplement known as Lang’s Solution on Friday morning, has literally, triggered an outbreak of war between Racing NSW and their arch enemies across the border – those dastardly Victorians, below, from Racing Victoria.

The main protagonists are Uncle Ray and his Victorian counterpart Terry Bailey.

On Uncle Ray, we’ll say it again: It’s time he borrowed one of the soon to retired horses from Randwick and rode off into the sunset as the old boy’s views of the world are buried in the fifties or a decade or three earlier. He is yesterday’s man. 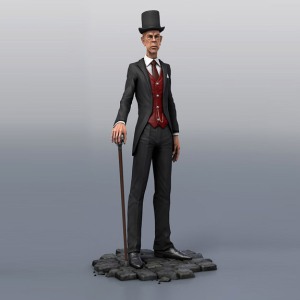 On a more general level, the El Roca scratching is yet another example of the appalling blinkered thinking by gutless racing administrators who, at every opportunity, pander to the politically correct mantras on racing that emanates from such august bodies like the International Federation of Horse Racing Authorities and their likeness Down Under: The Australian Racing Board headed by that ex-political hack in the gooey sweet talking Peter “toffee tongue” McGauran.

In a continent as hot as Australia, electrolyte supplements are commonly used by humans and on animals for purposes of rehydration and welfare.

It is precisely the reason, as we understand from some of the media commentary in Sydney and in Melbourne, why Terry Bailey and Racing Victoria introduced their own minor amendment to the rule of racing allowing this Lang’s Solution to be added to the list of other therapeutic electrolytes permitted to be used on horses within the established time parameters for treatments prior to racing.

The very obvious question for Uncle Ray, his dear leader and for “Toffs” and the ARB is why was Lang’s Solution been excluded from the list of IV drips when similar therapeutic IV drip solutions with the same fluid replacement and vitamin properties included in both the ARB and NSW ruler of racing?

The reason, by our reckoning, is that it was an embarrassing stuff up, and now after the stuff up with El Roca, Uncle Ray, Racing NSW and the ARB are demonstrating their “We rule the world of Australian racing” attitude that is becoming increasingly obvious, even to their delusional supporters in NSW who were previously prepared to slavishly follow any decree from the governing body duopoly.

And what got completely up the mini skirts of Uncle Ray, Lord Pierre V’Lundies and Toffs McGauran was Terry Bailey’s response to the media when asked if El Roca would have been allowed to start in Victoria after being intravenously administered Lang’s Solution.

Bailey simply said “yes” and pointed to the Victorian rule of racing.

It took a while, but not surprisingly, some prominent NSW trainers and their vets are privately asking the same question: Why was Lang’s Solution excluded from the NSW rules of racing?

So, where to now for Uncle Ray and his mates?

Our grand old mate and weatherman extraordinaire “Onward” Christian Nicolussi gave a pointed clue in the Racing NSW mouthpiece that is the Daily Telegraph. 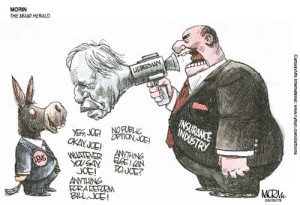 Quoting “Toffs”, no doubt wearing a pith helmet and living the life of the Raj somewhere in India right now while attending some racing conference, came this piece of bum fluff: “Racing NSW has correctly interpreted the Australian Rules of Racing. Any local rule in any State should be revoked”.

Nicolussi’s next sunshine line gave a further clue: “There is now a push for all States to enforce the same rules. South Australia reiterated this week, it would follow the ARB rule”, and quoting Uncle Reemus: “We’d like to see the matter resolved and all States stepping off on one foot”.

Huh? “Stepping off on one foot”?

Interesting language. “Revoked”, “Enforce” send a very loud and clear message to the recalcitrant State of Victoria and its Chief Steward: “It’s our way or the fucking highway” – the Hume, to be precise, to bleak city. 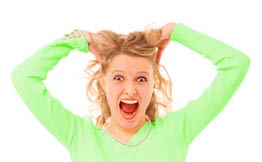 The question is will the other States follow the lead of South Australia? And if they don’t? Let’s hope, for the sake of racing, they have the balls to stand up to the ARB/Racing NSW duopoly. 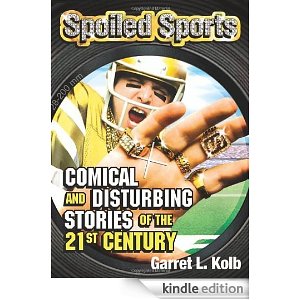 It has been a bad week for Racing NSW, and it got worse with the news early this week with the itinerary released for the much anticipated visit to Australia of Prince William and his wife Kate.

The popular royals had just about everyone falling over each other and exercising whatever muscle and influence they have or could muster to be graced by the presence of Willsy and Kate during their visit Down Under next month.

Spruiking their own credentials and with the arrogance that is now part of their DNA, Racing NSW was confidently and publicly shouting from the rooftops to anyone who would listen and did not have a hearing aid that Wills and Kate were better than a corporate bookies chance of gracing Royal Randwick with their presence for the Championships.

All the more a fait accompli one would have thought given Will’s grandma Queen Betty’s very real and admirable passion for horse racing, and even more so, considering Racing NSW and the ATC have made the Queen Elizabeth Stakes- named in honour of grandma Betty- their centrepiece of the carnival throwing an obscene $4 million in prize money and relegating Australasia’s greatest mile race – the Doncaster- to second place in both prize money and importance.

Alas, the news that Wills and Kate had more important priorities and, no, they would not be gracing Royal Randwick to give their stamp of approval to the Theatre of the Horse and the Championships would have made the likes of John “the messiah” Messara and his sidekicks- Lord Pierre V’lundies and “Toffee Tongue”- twerking and squirming and quietly banging their heads against their favorite well worn-out wall.

How dare the Royals give these fearless leaders and their organizations a right royal slap in the face and a kick in their Nutcracker Suites!!! 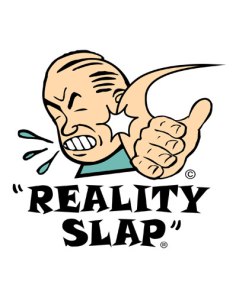 Good Golly Miss Molly, what a fucking come down for Racing NSW and the Championships. 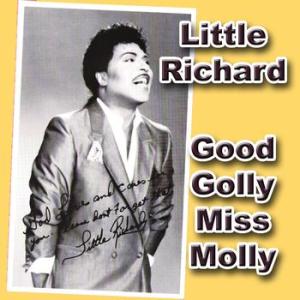 Having said all that, for the sake of the NSW racing industry, let’s hope the Championships are a resounding success in every way.

Racing in the State desperately needs the Championships to succeed, and Succeed it MUST. 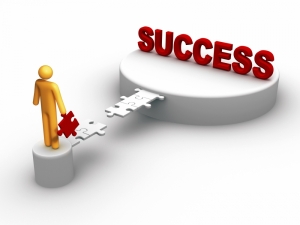 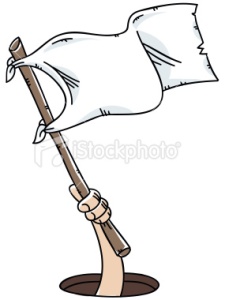 It was just a few weeks ago when an indignant Lord Pierre V’Lundies announced, almost in a kinda Rocky moment, that he could be trudging down an all-too-familiar path with his Stormtrooper boots on and whistling The Theme from The Bridge On The River Kwai, to the NSW Supreme Court to appeal the NSW Racing Tribunal decision to uphold Gai Waterhouse’s appeal against her Racing NSW fine over the infamous- and now just fucking tedious- More Joyous saga.

So, to make the week even worse, he had to embarrassingly fess up that he was not going down this path to the NSW Supreme Court on the advice of his own goon squad and army of legal eagles.

Frankly, we choked on our breakfast of Doll’s Noodles reading about this U-turn and shed a little tear for the good Lord.

Life should NEVER be THIS cruel to anyone, particularly, such a selfless man on a mission to protect punters everywhere like some latter-day Robin Hood of Australian racing.

But, fear not, ‘cos all is not lost: The Rules of Racing will be changed- naturally with the cooperation of his great mates at the ARB and his badgering of the Mexicans across the border in Victoria- to ensure that the likes of Lady GaiGai will NEVER EVER be allowed to successfully challenge, embarrass and get Lord V’Lundies’ knickers in a twist again. 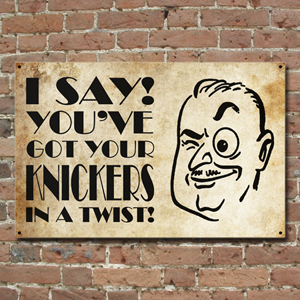 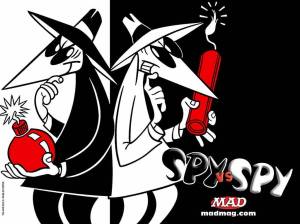 It doesn’t get much lower than this. Last week at Rosehill, we were told on extremely good authority that two trainers – one a leading NSW trainer and the other a well-known and disliked and despised Melbourne trainer- had made approaches to the connection of a very good horse trained in Melbourne by a trainer who is battling issues of depression and mental health, to move the horse to their stables.

Now, the Melbourne trainer’s approach does not surprise us. He is well-known for undermining his fellow trainers and famously fell out with one of his best mates not all that long ago.

But to hear that he could stoop so low was fucking hard to take. We actually thought he was better than that. We were wrong. We could say shame on both of them, but then again, they don’t have any shame. 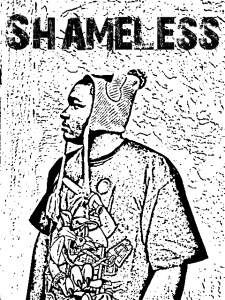 2 Responses to UNCLE RAY HAS EL ROCA IN HIS HEAD, V’LUNDIES GETS KNICKERS IN A TWIST