RACING IN OZ GOING TO POT AND THE DANGERS OF SMOKING BAD WEED, MAN. 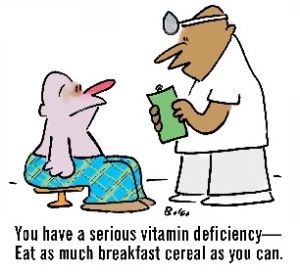 Sunday night’s T20 (Twenty Twenty) International between Australia and England at the Olympic Stadium in Sydney proudly and triumphantly announced that the amazingly successful 2013/2014 International Cricket season in Australia had recorded its one millionth click through the turnstiles. 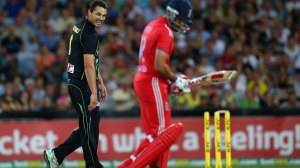 It’s staggering that the three formats of cricket – the traditional 5 day Test Cricket matches, plus the Limited Overs games and their newest and the latest sensation in the T20, or twenty overs per side crash and bang matches, could crashed the 1 million attendance barrier.

Never in their wildest dreams could Cricket Australia have expected such phenomenal figures.

Wasn’t it just around 18 months ago that sports commentators and those in the cricket world themselves were writing cricket’s eulogy?

Cricket, they said was so steeped in tradition and so immune to change that it was consigning itself to a self-chosen path of extinction. 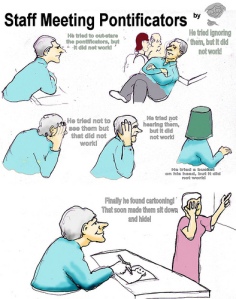 Doing what they do best, the finger pointing went everywhere- to the cashed-up sub-continent and the Indian Premier league, the Indian Cricket Board of Control and their so-called meekly submissive members of the International Cricket Conference, who, it was claimed, could not counter the rivers of gold that were being thrown at the abbreviated form of International cricket, which they alleged was the “superbug” which would fast track the wipe out of cricket. 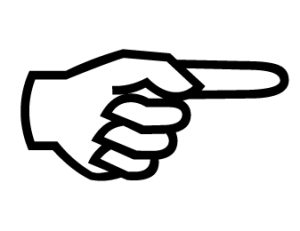 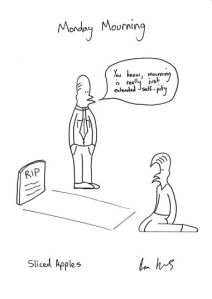 Whether it’s sport or entertainment or leisure or whatever category you care to pigeon hole it into, sport, like any other category of business, is under competition and challenge like never before. It is the Darwinian philosophy revisited.

The survival of the fittest is playing out right under our noses, and not one business or sport is immune.

The NRL, the AFL, Cricket and Soccer to name the most high profile sports in Australia, have been through it all. They have all managed to come out of their “near death experiences” intact for now. They are individually and collectively aware that their “reprieve” is not enduring. That they cannot secure their immortality. 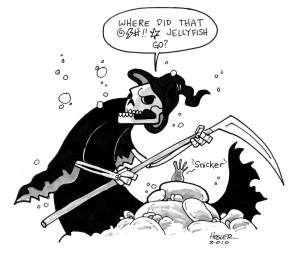 The administrators of these sports know that the outdated “if it ain’t broke don’t fix it” view of the world belonged to the century gone past. Sporting audiences today are spoilt for choice with a range of tantalizing options for spectating and engaging in. Cricket, Aussie Rules, Rugby League and Soccer know their customers and fan base. Intimately.

They understand that taking their customers and fans for granted is akin to giving competitors a massive free kick. 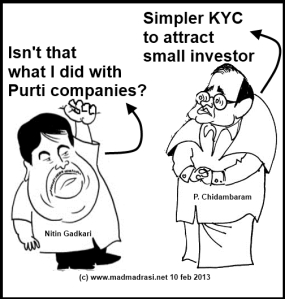 When it comes to marketing, these sports leave racing floundering.

The best marketing campaign and strategy that Australian racing has ever come up was many years ago when the VRC launched its Spring Racing campaign.

The campaign, underwritten by a very carefully constructed strategy and targeting a very specific demographic, was ground breaking. It was “ballsy” and it paid off. To the VRC’s credit, the campaign continues to be refreshed each year and its endurance proven as its success continues to demonstrate. 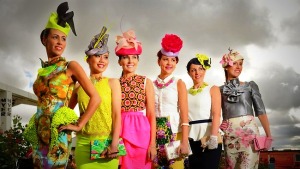 It is all about knowing your customer, and then having the balls to hire the best available talent to create and execute a campaign and strategy.

Racing today, more than at any other time in its history, is crying out for the kind of marketing campaign and strategy that injected new life into Victorian racing through its spring racing carnival campaign.

Sadly, what has been evidenced just this week from both NSW and Victoria makes us believe that such a revival is nothing more than wishful thinking. Cricket, Aussie Rules, League and Soccer might just as well go on their merry way and carve the spoils between themselves. Racing it seems has politely declined the offer to compete. 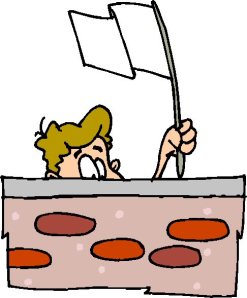 The ATC/Racing NSW marketing campaign for “the Championships” and Racing Victoria’s “Relaxed Racing” campaign are very clear examples of the widening gulf between racing and these other sports.

The NSW campaign hovers from crossing the crass line to being yet another demonstration of a sport just not understanding its customer or getting its strategy right before commissioning a marketing campaign. Pity.

“The Championships” provide an almost generational opportunity for Racing NSW and the ATC to break the glass ceiling with a campaign and strategy that is ground breaking, innovative and in keeping with Sydney’s reputation as Australia’s most exciting and stunningly beautiful city with an abundance of life and diversity. 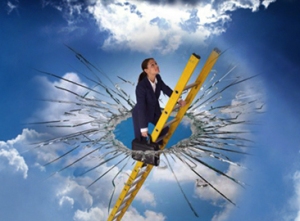 Then there is the “relaxed racing” campaign, whatever that means.

From our experience of Victorian racing, spring carnival excluded, it has always had that boring, lazy feel about it.

It had difficulty even attracting the “bogans” to the vast empty and expansive Victorian racecourses – a total turnoff if ever there was one.

But no, the marketing boffins of Racing Victoria have chosen to base a campaign around the very concept that its competitors in the more successful and popular sports have chosen not to go anywhere near. 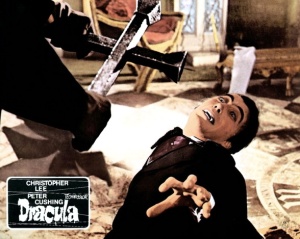 The popularity and appeal of cricket, in its latest incarnation, of Aussie Rules and Rugby League and Soccer is intrinsically and inherently about the intensely competitive and combative nature of these sports.

But above all, it’s so much about their ability for fan engagement.

Racing in Oz appeals so much during its carnival times because of its ability to cross the white line and engage, not just racing fans, but the once or twice or three times a year racegoer, many of whom continue to be blissfully ignorant and have no desire to get to know racing with any degree of intimacy.

Besides if you really want to pack a picnic basket and relax with your family, aren’t there better places to do so?

Do you really want to fork out fifty or more dollars just for the privilege of getting a patch of grass at a racetrack when you can do the same at no cost at a park or by a waterway or a quick drive to a tranquil countryside? 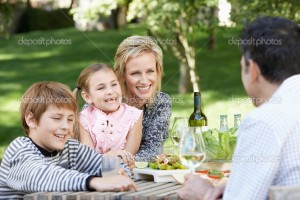 And what about the cost of such a campaign- the millions of dollars being spent on the campaign to get the message across that you can get to the races in your yobbo gear?

Racing in Oz and those who run and control it plus the fawning media just don’t fucking get it. Or maybe they do and this is the best they CAN do? Sad. 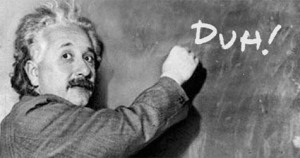 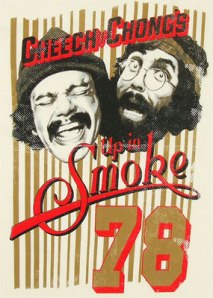 Has he lost the plot? We wonder. News Limited’s number one spruiker of anything Racing NSW, Ray Thomas told Sydneysiders on Tuesday in the Daily Telegraph about plans to “Race Around The World”, while Melbourne subsidiary, the Herald-Sun, had a more appropriate and accurate headline: “Messara wants world series of racing”. 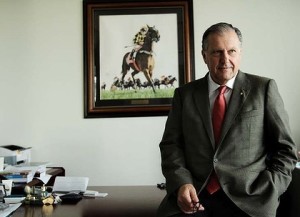 Flushed with the premature adulation of what he and his Racing NSW battalion have received to date with their imminent “championships” carnival- and not content with conquering Sydney and Australian racing and taking on those arrogant Southerners in Victoria- all hail, the “messiah” has his sights firmly set on the rest of the world.

You know the old strategy: “Today Australia, tomorrow the World”. 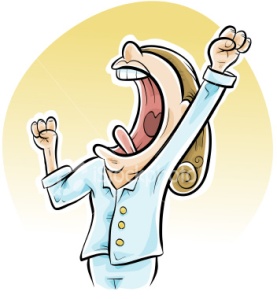 Not surprisingly, there was no analytical commentary from the Australian racing media. 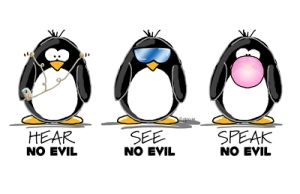 Yet again, they have demonstrated how very, very irrelevant they are through their abject failure to put the blow torch to the belly of those who have turned grandstanding about anything and everything into a fine art.

Curiously the “messiah” was not alone in championing the concept.

He had company in the form of David Redvers, Racing Manager for Qatar Racing’s Sheikh Fahd Al Thani.

UK-based Redvers came into prominence when Dunaden won the Melbourne Cup in 2011 and then repeated the effort in the same year in the Hong Kong Vase and is hardly a household name in world racing. Nor, from what we have been told, does he have the runs on the board to be taken too seriously.

It took Alan Aitken, the Chief Racing Writer for Hong Kong’s South China Morning Post to give Messara’s concept the critical once over in his column “On the rails” on Wednesday. And that he did, clinically dissecting every flaw in this pie-eyed concept. 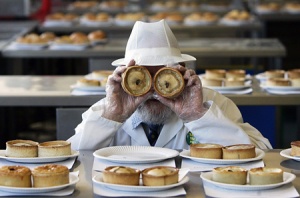 In his editorial piece, “Idea for global ‘Formula One’ circuit fraught with risks”, Aitken nailed it in one. And then banged in more nails to ensure the beast was dead and probably hung a chain made of garlic around his neck and did The Dance Of The Nine Veils for the hell of it.

Pointing out the obvious, he drew the analogy that “Horses are not cars”, and that “issues such as race rules, quarantine, prize money and sponsorship conflicts must be overcome”.

As Aitken has tellingly reminded racing, the world series concept is not new- dating back to Sheikh Mohammed’s considerable financial backing and sponsorship and resources thrown into the concept, which spawned the Dubai World Cup carnival, and which, for reasons that he outlined, did not go the distance. 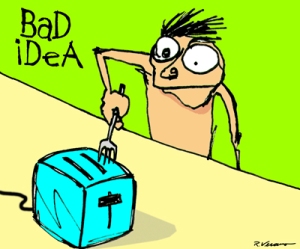 Messara and Redvers only need to glance at very recent history – the Global Sprint Challenge, the Asian Mile Series- to name just two glaring examples of the difficulties of getting a world series concept to work. And to believe that, quoting directly from Ray Thomas, “there is growing momentum to introduce the series (world series of horse racing), as early as next year, with the world’s best gallopers competing in the most prestigious races from countries like England, France, Singapore, United Arab Emirates, United States, Japan, Hong Kong and Australia”. 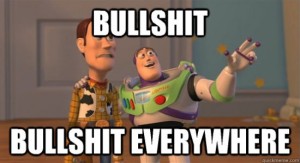 As Aitken summed it up perfectly, “there must be a whiff of something in the air in Sydney at the moment”.

Yes, it’s a strange mixture of bullshit, bollocks, too much Cheech and Chong and bad acid. 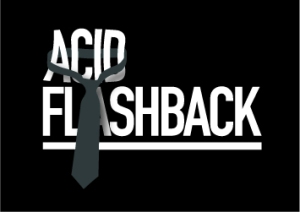 To expect horses to travel to even just half the countries mentioned is fanciful. Not even a Qatar oil well and 30 harem girls doing The Dance Of Salome thrown in as part of a mega prize money carrot for the world champion could entice the world’s best to take on such an arduous and ridiculously impossible and impractical schedule. 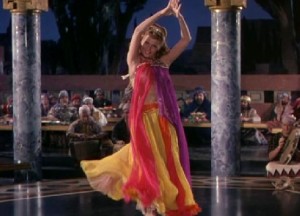 And trying to run the series on a points schedule, as has been attempted with the Sprint and Mile Challenges, is an exercise in fantasy. Just ask Peter Moody or Prince Khalid Abdallah. Or even, Mr Rourke and Tatu.

Messara, in particular, should concentrate all his energies on trying to make his “championships” concept work in Sydney, not just for this year but for the longer term.

He needs to get his mate- the Racing Minister that is “Gorgeous” George Souris- to put both hands in the State’s Treasury pockets and underwrite the “championships” with more than their token handout for only this year, so that Racing NSW and the ATC don’t have to go around the corporate world with their begging bowls for funding this grandiose- and Gorgeous George- concept. 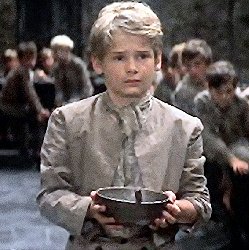