IS THE HKJC BEING TOO CHARITABLE WITH ITS CHARITIES?

Earlier this week, in his racing column, On The Rails, Alan Aiken of the SCMP wrote a very good and telling piece on the HKJC’s turnover, wagering, taxes, returns, the financial pros and mainly cons of adding an extra race etc.

Without trudging the same terrain covered so well by Aitken and looking at the role of the HKJC AWAY from horse racing, what stopped us in our tracks is how much this role is not known by the public and, rarely, if at all, is showcased anywhere.

The HKJC Charities which exists because of racing and does so much for Hong Kong and the Hong Kong public is SO under-marketed that even experienced journos we know who write about this city and its government, Legco, politics, the plight of the elderly, the digging of roads, the MTR, the flight of the concords etc etc have forgotten about the role of this integral part of the Club.

It would be a real pity to have the Hong Kong government receiving the praise for this work while the HKJC is kept in its box under that taboo word called GAMBLING.

And here lies another problem: Playing the stock market, playing the property market, hell, getting married are all gambles- yet, horse racing- not betting on ANY other sport- remains the gambling pariah around the world.

It’s an albatross that horse racing has had to live with for way too long and with very outside of the industry understanding how it works- and in the case of Hong Kong- how and where and why and when the sport benefits the people of the city.

Why? Extremely poor communications, too much navel gazing and, looking at some of the recent efforts in Australia to make up for last time and connect with the new and younger generation, the ways of achieving these objectives being so bloody daft and old school that they do more harm than good.

These dopey “initiatives” like the ATC’s Let’s Get Racy campaign- what does this MEAN??? Racy??? And people laugh at Chinglish???- travel. 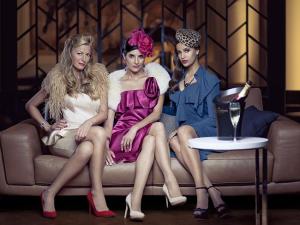 They make horse racing and all connected with the sport- globally- look dopey and worse than those desperate housewives we keep seeing popping up on those dumbed down American reality television series.

One really has to wonder if those working for race clubs get out much or if they’re all navel gazing together and slapping each other on their backs for jobs well done. 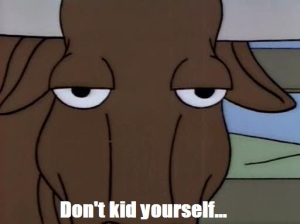 We come back to the HKJC which is structured like no other racing club in the world, and, yes, is a monopoly, buy for which it pays the government dearly in taxes. Year after year after year…

But FOR these taxes paid and all the other hoops the Club has to go through and ask, “How high?” when the government says, “Jump” for being allowed to be the only game- for legalized betting- in town, where are the other ROIs- Return On Investment- for the HKJC?

Are there changes taking place to this one-sided partnership?

As times change, surely every contract must be renewed so that things are mutually beneficial and which is where negotiation skills come into play?

One would hardly expect the government to sing the praises of its biggest taxpayer and that- good grief, mama- “gambling” gives Hong Kong’s elderly, the hospitals, the arts etc.

If anything, the government would probably prefer to distance itself from the Club and adopt a Don’t Ask, Don’t Say policy and just pray to hell that no one brings the subject up.

Instead, the Government would be more than happy to just keep EVERYTHING the HKJC does for the public in its little box and hidden in the racing pages of the mainstream media and its little racing programs.

Sorry, but it’s belittling and the HKJC must ask itself if it has kept ITSELF in this box without looking outside of it, realizing its strengths, flexing its muscles and effectively communicating with those to whom horse racing remains a mug’s game and an expensive hobby for Hong Kong’s poseurs and elite?

Surely, it’s time to get rid of that meaningless “Racing For Charity” lone and, instead, wear that white hat, bring in some strong allies to the cause, and be seen as the good guy riding into town singing We Are The Champions instead of We Iz Da Chumps?

During this, The Year Of The Horse which happens to be 130th Anniversary of the HKJC, it seems the right time to change the status quo- and we don’t mean the band- and blow one’s own trumpet- especially as there is a damn good story to tell- and someone has to tell it. 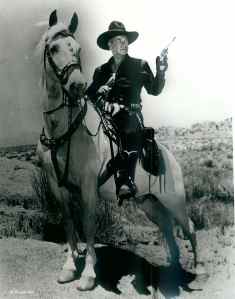