A WHOLE HEAP OF SHEIKH-ING AND BIG BASHING GOING ON

Getting on the front foot and being proactive is one of the most effective weapons of PR when confronted by a crisis- particularly one that threatens not to go away.

We’re talking about the Steroids scandal that made an unwanted appearance at the front door of Sheikh Mohammed’s Godolphin global headquarters at Newmarket in the UK at the start of the 2013 racing season which must have sent shivers up many burkas.

Despite a blatant, tedious, poorly managed and, ultimately, unsuccessful campaign of “spin”, the scandal managed to raise more questions than the very questionable and dubious responses and answers provided by the Sheikh and his management entourage in the Godolphin racing empire. 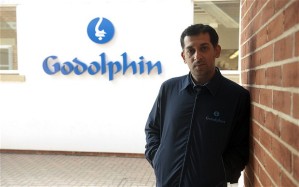 Most questions centred around exactly who knew what about the use of the banned steroid substances on the Godolphin horses, what was done by those who may have known about trainer Mahmood Al Zarooni’s, below, use and administration of the substances and what, if any, protocols were put in place by Godolphin management to prevent banned substances finding their way into the stables and being used on the horses.

Tellingly, the banned substances were not just used on one or two horses, but on a large number of horses- 22 to be precise, and all twenty two were banned from racing for six months at the start of the 2013 racing season. 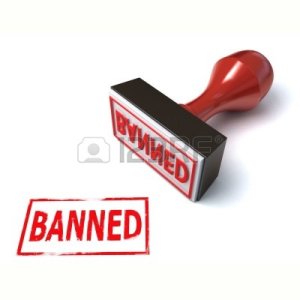 Even more significant was the fact that Godolphin horses in 2012 had returned positives in tests officially conducted by the British Horseracing Authority, and, in 2009- whoa, Nelly- Sheik Mo was himself banned for six months by Federation Equestre International (FEI) after trainer Abdullah bin Huzaim, below, was found guilty of administering prohibited substances and steroids to one of Sheikh Mo’s horses- Tahhran- at an endurance event in his own backyard in Dubai. 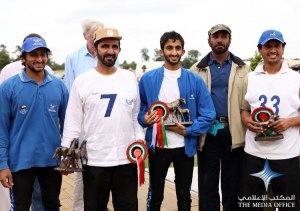 Clearly rattled and highly embarrassed at the time of the endurance event scandal, Sheikh Mo’s spin doctors went into overdrive and a statement issued by his office was contrite and included in part: “Whilst completely unaware and utterly condemning the administration of these substances, His Highness has volunteered his acceptance that he is legally the person responsible. His Highness has instigated a widespread internal investigation into the circumstances surrounding the cases”.

All well and good on face value, but less than three years later, another drug scandal emerges in Godolphin, this time in its thoroughbred racing operation, which begs a very, very obvious question: What became of the internal investigation?

You would think that for a organization as prestigious that prides itself on world’s best practices and claims the moral high ground on all when it comes to matters of integrity, it would leave no stone unturned to ensure such embarrassing and humiliating drug scandals did not recur.

For a global powerhouse such as Godolphin, headed by the ruler of one of the best-known Arab Emirates, it is almost unthinkable that with so much at stake, and the flashing lights and alarm bells going off almost in unison, the well paid, well fed and numerically bloated management entourage would not have asked the obvious and simple questions of the administration and operations of their organization.

And what of Sheikh Mo himself? Here is a hands-on, passionate racing man known to listen to and track the progress of every one of his racehorses- on and off the racetrack- and monitor the performances of his trainers and jockeys with the highest level of inquisitiveness and scrutiny.

It beggars belief that in this one critical area with everything at stake, that either Sheikh Mo or his management team, or both, were asleep at the wheel.

It came as no surprise then to read on the BBC website of an interview given by Sheikh Mo to BBC reporter Jon Segal and aired on January 12, where, under the continuing speculation, innuendo and fallout from the scandal, the ruler of Dubai chose to answer questions publicly on this subject in a wide ranging info/documentary about the Emirates.

Questioned about the scandal, Sheikh Mo’s responses were a reminder of what takes place on a dodgem car track.

Using another well known political trick to dodge bullets and deflect criticism, Sheikh Mo revealed that he had appointed a knight of the realm in former London metropolitan Chief, Lord Steven to conduct- wait for it- an Internal investigation into the drugs scandal at Godolphin’s Newmarket stables of Al Zarooni.

Get that? Another internal investigation, but, this time, by a former chief of the London constabulary.

Asked by Segal how horses could have been doped without his knowledge, Sheikh Mo’s response was a classic exercise in ducking and weaving.

“He doped them not for racing but for treatment for the long term and they would not come to see the races. Now Lord Stevens will find out the whole story and we will all know what happened. And then “We put an investigator Lord Stevens to really go through everything and meet everybody and I think he is independent and doing a good job. He has not finished yet but I hope good luck for him. The truth will come out because of independent Lord Stevens.”

Yawno. We would have expected this kinda bollocks from Frank Zappa’s Sheikh Yerbouti.

Unfortunately for Sheikh Mo, the British Horseracing Authority wasted no time in correcting some of the spin.

A spokesman Robin Mounsey was quoted saying: “Sheikh Mohammed is entitled to his own opinion and it is indeed true that some of the horses who were administered with steroids were recovering from long term injuries. However, the veterinary information made available to us does not show that all of the horses in question were suffering from significant injuries”.

In other words, get your fucking facts right, Sheikh Mo.

RACING CAUGHT AT THE SLIPS BY CRICKET BETTING.

Betting figures on wagering with corporate bookmakers and Betfair on Australian Cricket’s T20 Big Bash League to date have exposed and encapsulated the dire straits that thoroughbred racing in Oz finds itself in. 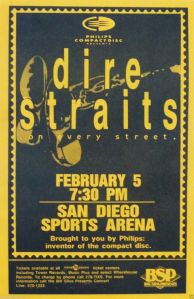 It is a very sad, sad story and one that continues to make Australian racing administrators look like the hopeless bunch of dark age amateurs that they are.

It’s a recurring nightmare for racing. In the twenty three (23) matches so far (midweek) in Australia, Betfair clients wagered a staggering AUS$590.6 million- globally- averaging over AUS$25 million per match.

Domestically, corporate and on-line bookmakers in Australia have reported increases of between 40-50 per cent in both the number of bets and wagering on Big Bash League matches from last year. 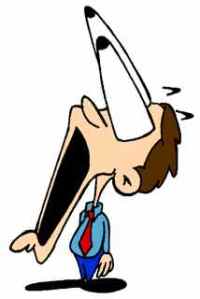 These are figures that horse racing administrators could never visualize, even in their most hallucinatory moments.

Yet, the growth of sports betting on just about every sport- except horse racing- is convincing enough to demonstrate the abyss that this once great industry finds itself in.

Forget all the excuses- and there’s an encyclopaedia full of them- racing in Oz has only itself to blame for being comprehensively ambushed by some very well planned and executed marketing and communicating strategies devised by some of the smartest brains in sports administration.

It’s a key difference between horse racing and its competitors, between the pari-mutuel Tote operators and the corporates and betting exchanges.

Where racing and the totes with almost no exceptions in Australia are administered by duds, other sports and the corporates head hunt and hire the best available talent to manage and administer their businesses. The proof is so plainly visible in the outcomes.

The racing model is just so very outdated and unsustainable in the modern era, it is reminiscent of a classic Greek tragedy. 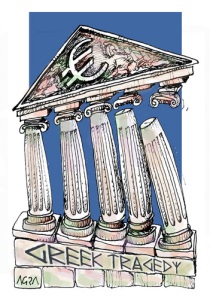 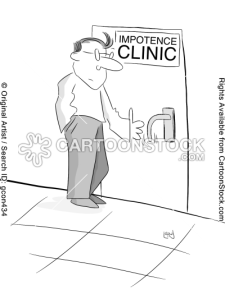 Racing works overtime to discourage the younger generations from becoming a part of and engaging and participating in what was once “the best game in town”.

Racing in Oz has long stopped communicating with the younger generations because it no longer knows how to and struggles to shrug off “the old man’s sport” image that it has so successfully acquired for itself.

The petty politics, the self serving agenda of interest groups, the jealousies and hatreds, the bickering and disunity, lingering disputes, race fixing and drug scandals and criminal involvement, individually and combined, provide compelling reasons for the younger generations to be turned off racing in their droves and engage in sports that are more fun and exciting to be a part of.

Take cricket, football, rugby league and, these days, even soccer. Their media rights are worth hundreds of millions, and in the case of the AFL and NRL, billions.

They are showcased- primarily- on free-to-air television.

Networks negotiate with these sports with large war chests and when they walk into negotiations, they know they have to climb mountains that they have not had to previously. 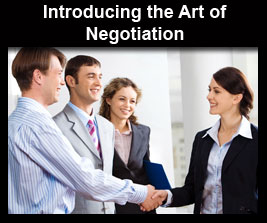 The times have changed, chitlins, and many racing administrators- even outside of Oz- better realize that the old con of pretending to be busy doing nothing are up and no one is going to hand out a Get Out Of Jail Free card anymore for being a “nice guy”. 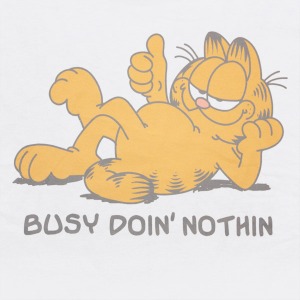 That old con is now known to too many in the sport, which means no respect, a total lack of credibility and the Nikki Lauda whisper of, “What does he DO all day?” Apart from screwing things up, not much, brother.

Meanwhile, back to media partnerships in Oz and where the Networks are happy to give prime time slots any day of the week to football, rugby league and cricket, confident in the knowledge that the ratings they deliver will give them the advertising and sponsorship dollars to pay the hefty media rights fees.

Contrast racing where nearly eighteen months down the track, TVN is still unable to put to bed a deal with Sky and Tabcorp and bundle all of Victorian and NSW metropolitan and country vision rights. And you expect TVN to actually be creative, understand the importance of engaging the punter and race-goer in the very sport it’s marketing AND turn the way races are broadcast on its head? Oh, puhleeze, don’t make us laugh.

TVN can’t even get off the starting blocks with a rocket up its arse. 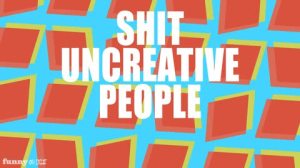 TVN still has no Chairman, and it’s Chief Executive- a very nice guy with a strong CV- is still new to the racing industry while the stalemate at TVN Board level continues. Simply put, it’s pathetic. 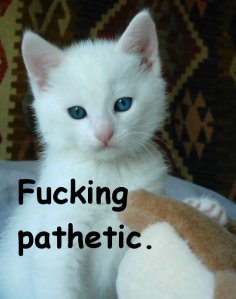 What hope has racing ever got of getting its act together when you’ve got the three stooges from NSW attempting their own version of a “one party state” on the Australian racing industry and doing the Hokey Pokey?