THE MOTHER TERESA OF BOOKIES, MR ED AND ROSEMARY’S BABY

PREPARING TO BE A TAKEOVER TARGET, MICHAEL? 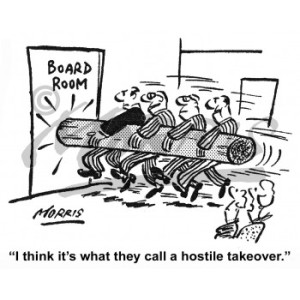 According to Fairfax media, the founder of family corporate bookmaking entity Betstar, has called for a cap on the number of international runners in the Melbourne Cup so that local stayers can still have a chance of competing in the world’s greatest staying handicap.

“It may sound silly but I have made so much money from laying these horses that I should be keeping quiet, but it’s about the big picture and allowing some local horses into the race. Trust me, and history will support me here, once a year punters and even some of our sharpest gamblers around will not bet on the race. And why, because it’s just too confusing for them. Take last year, they told us Mount Athos just wins, just a matter of going around. And down it went”. 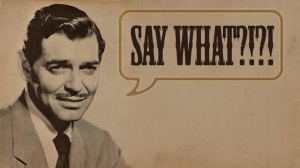 Plenty to work with here, Michael, and you are absolutely right – it does sound silly hearing a bookie complain about making truckloads of moolah from the poor old punter. It’s in their DNA and in yours, Michael, you daft bugger.

Since when has a bookie felt a twinge of sympathy for punters? An oxymoron, we would suggest, Michael- or playing with the pixies for too long and inhaling fairy dust. 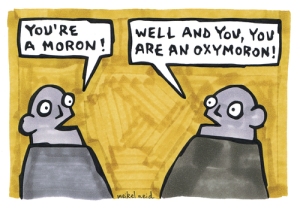 If you are serious with your heartfelt sympathy for punters, Michael, can we suggest an old fashioned dose of philanthropy wouldn’t go astray?

Perhaps you can offer punters a refund for at least part of their losing bets, or better still, a much more realistic gesture by tearing up the outrageous “all in” rule where if a fixed odds bet is scratched for whatever reason, the original bets are not refunded? It is gouging at its obscene best.

If ever there was and is a compelling case for legislation, this is it.

At best, Michael Eskander’s “mother Teresa” moment demonstrates that he, like many of his ilk in the bookmaking ranks, belong to a demographic that are a zillion years away from understanding the dynamics and realities of a world that has become truly internationalized. They are Fred Flintstone and Barney Rubble.

At worst, it has tinges of an almost xenophobic-type response that has become all too familiar in the utterings of this outdated demographic who suffer from that contagious phenomenon known as a “seniors moment”. 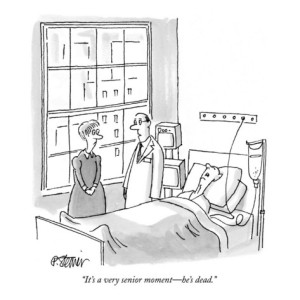 It may even be that Michael Eskander feels a bit of a shag on a rock, ambushed by the surge of takeovers by the English corporate heavyweights of their local counterparts.

And let’s NEVER forget the Chinese who are making so many inroads into Oz and Oz racing that very soon they will control everything and everyone- trainers, jockeys, the bookmaking business- and be masters of their own domain but unlike George Castanza, they will be masters backed by “support groups” with colorful names like the Sun Yee On and the 14k.

Eliza Park being purchased by Macau-based casino operator Sun International was just the cash-rich Chinese getting their foot in the door. The Long March is gathering momentum and it can’t be stopped. 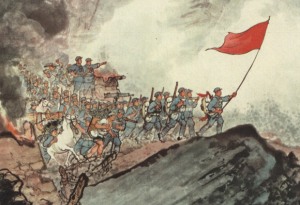 Getting back to the Mother Teresa of bookies, the harsh reality is that the Melbourne Cup was firmly on the path towards irrelevance until Dermot Weld and Vintage Crop saved it.

Oh, and what that win did for so many in Hong Kong where those in the know jumped on the 80s offered, then on the 60s, then on the 40s and, finally, on the 17s available on race day.

The internationalization of the Melbourne Cup was and has been its saviour and resurrection.

It has been embraced by the decision makers and the VRC and is now internationally recognized as the greatest and staying “two mile” handicap in the world.

It is the centrepiece of the Melbourne Spring Racing Carnival and is the standard bearer for Australian racing.

It is a race that even the most successful international owners, breeders, trainers and jockeys aspire to add to their CV.

If anything, both the VRC and Racing Victoria should be putting even more energy into ensuring the quality of international competition for the Melbourne Cup and some of the other feature races is raised each year.

Clearly it is working, and working very well.

More and more international stables and owners are sending runners to target some of the Group One and high-quality black type weight for age and staying handicaps that are part of the wonderful Melbourne spring racing carnival.

And Michael, there is no turning back. the Melbourne Cup and the spring racing carnival has been internationalized.

The logic or lack of it from a previously prominent voice of the fifth estate is chilling. They should know better and don’t.

It is an editorial that you would come to expect from a News Limited rag, but, then again, populism and anything that stirs the growing xenophobic sentiment amongst the bogans sells newspapers and, equally, draws audiences to the extreme right wing shock jocks that populate airwaves. 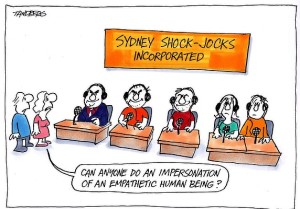 WHAT ARE YOU TRYING TO SAY, MR ED?

The reported ill-mannered and ill-tempered comments by Red Cadeaux’s trainer Ed Dunlop on Cup eve were aimed firmly at Lloyd Williams- and sure, we are well aware what many think of the owner and also more than familiar with the fawning toadies his money has bought. Still… 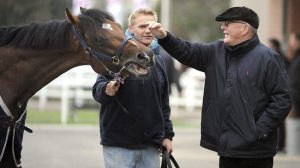 Lloyd Williams, it appears has committed the cardinal sin of accepting with six fully qualified horses in this year’s Melbourne Cup.

To make matters worse for poor old whingeing pom Ed Dunlop, four of his six runners drew consecutive barriers – 7,8,9 and 10 in the field of twenty four. 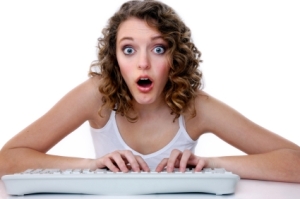 Now in this day of randomly selected computerized barrier draws, Mr Ed’s runner Red Cadeaux, beaten by the narrowest of margins in the great race two years ago, has come up with the visitors draw – barrier 23 in this Tuesday’s race.

“It is not ideal, let’s not beat around the bush. We are drawn wide. I think the most interesting thing is Lloyd Williams’ horses are all very well drawn”, Dunlop is quoted as telling Fairfax Media. 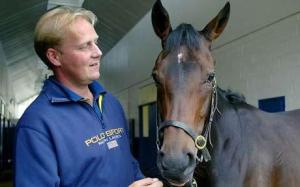 Just where are going with this, old chap? You are surely not alluding to any conspiracy theories, are you?

“ I said before the draw that Lloyd Williams holds the key to the race and with five inside gate 10, he will play a major role in how the race is run”.

No argument with you on that one, Mr Ed, but haven’t you conveniently forgotten that back home in the “old dart”, most staying contests are farcical with many of the large stables entering horses that have absolutely no chance of winning to act as pace makers and create an artificially manufactured tempo to suit their favoured runner?

A case of people who live in glass houses shouldn’t throw stones, should they, Mr Ed?

Further Mr Ed, the English jockeys are renowned for their tactical riding, particularly in setting the pace.

They are masters of judging and setting the pace in races – often dictated to suit the horse they are riding, and that can mean a farcically slow gallop.

If one of Lloyd Williams’ six horses, and Mourayan is going to come across from gate 19 and probably try and get across to somewhere near the lead decides to roll the dice and set a slow pace, then Mr Ed, there are twenty three other runners who can do something about it. And if they don’t, even more tough titties. 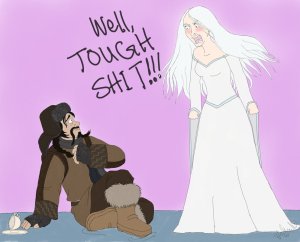 Mr Ed, we understand time is running out for your grand old stayer Red Cadeaux.

He has been a wonderful money spinner for Hong Kong’s Ronald Arculli and has raced with distinction for you in all parts of the globe.

It would be fitting if he could give the Melbourne Cup a real shake this year.

But please, Mr Ed, surely you are better than that?

Don’t demean yourself and become a fully paid up member of that team known as the whingeing poms.

Racing has been a great leveller in more ways than one. It has a habit of regularly making grown men and women eat their words. It has made self styled experts look plain stupid.

Horses can make mugs of punters and experts. But they are not alone. Mugs can make bigger mugs of themselves when they open their mouths.

And so we come to our old mate John “you are all a bunch of fuckwits” O’Shea who has kept himself out of the limelight for some time now, but try as hard as he could, he just could not help himself- and imploded like a gas bag blowing a gasket.

O’Shea huffed and puffed and put a bit of spice into the Derby lead up declaring that the three year-old lead form lines in Sydney and, in particular, the Spring Champion Stakes, were far superior to those in Melbourne when making the case for Savvy Nature in the VRC Derby.

Polanski’s trainer Robbie Laing quite pointedly fired back making the case for the strength of the form lines surrounding Polanski’s prep, pointing to the Norman Robinson Stakes, a traditional Derby lead up race on Caulfield Cup day.

Laing zeroed in on the form lines surrounding Savvy Nature’s victory in the Moonee Valley Vase, another lead up race, pointing out that it had beaten a maiden in that race.

The rest as they is history. Laing had his day in the sun with an emphatic performance by Polanski, while O’Shea was, again, left wondering with an omelette all over his face. 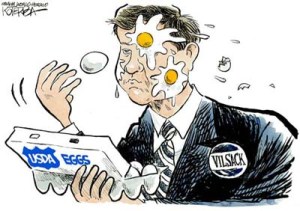 Savvy Nature is a very good stayer, but the way he raced suggested- strongly- that he was well and truly cooked. Perhaps the hard run in the Spring Champion Stakes had taken its toll.

The wash-up? A comprehensive TKO to Robbie Laing over John “you’re all a bunch of fuckwits” O’Shea- and, hey, we kinda like him. But, sometimes…sigh- he DOES come across as being Rosemary’s Baby. 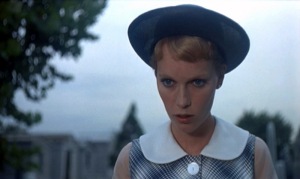