TWO THUMBS UP AND ANOTHER COX UP

The Moonee Valley race Club must be salivating at the quality of international entries for Hong Kong’s International Day in December.

Then again it is increasingly acknowledged as world champions day, so it should surprise no one.

While the overall number of entries from overseas is down numerically, the key indicator has, and always should be, the quality of the entries. And the HKJC should be well satisfied that the likes of world champions – Moonlight Cloud and Lord Kanaloa- backed up by a stellar cast of A grade, sprinters, milers, middle distance and staying horses of the highest quality and calibre have been nominated to make the trip across to Hong Kong in December.

With the intense competition from all parts of the racing world to attract the best of the best to compete in their own carnivals with lucrative prize money and the carrot of residual stud value enhanced by international Group One wins on their CV, it is a feather in the cap of the Hong Kong Jockey Club and their Chief Executive Winfried Englebrecht-Bresges, pictured below left with Robert Dodd of X1X Entertainment which manages the likes of the Beckhams, Andy Murray, Annie Lennox, Adam Lambert, Carrie Underwood etc, that Hong Kong in December has been established as the destination of choice for some of the world’s elite racehorses and champions.

The Hong Kong blueprint remains the yardstick for all international racing nations and with many lessons to be learnt from it.

Of course, the question many, and in particular, those running racing clubs will be wondering is what “EB” was doing with an Exec from X1X Entertainment, the company run by Simon Fuller, the Svengali who created the “Idol” franchise, managed the Spice Girls and who will soon announce a ground-breaking new business deal for David Beckham in Miami.

With a major interest in the China market, Fuller, with Dodd, a huge racing enthusiast, who could not believe what he saw during his recent visit to Happy Valley, is making a special trip to take in a Happy Wednesday Night later this month.

This makes for some extremely interesting thoughts of what could happen between the HKJC and one of the leading entertainment companies in the world which, by the way, was started from penny ante royalties earned through this minor hit- produced by not-so-simple Simon Fuller when a lowly A&R man at EMI.

If ever there was a gross and obscene waste of racing’s precious dollars, it’s the six figure sums that are being thrown at the connections of international horses to make the trip Down Under to participate in the Cox Plate.

The desperate attempts by the Club to “internationalize” the Cox Plate has failed.

It has everything to do with the timing of the race – late October, and the track itself.

Late October coincides with the Breeders Cup, the Canadian International, the end of the European flat season with the Arc and Champions Day sounding the bugle call each year to the Group races in the northern hemisphere racing in Europe.

The Moonee Valley track itself is Australia’s Happy Valley.

Unlike the Hong Kong Jockey Club, however, which very astutely uses their city track brilliantly to showcase its night racing product and Happy Wednesday brand and has successfully created its own unique entertainment experience- and which understands that you cannot stage Group One races because of the layout and compactness of the track- Moonee Valley has created its own Catch 22 for itself.

European trainers and connections are extremely reluctant to test their horses on a track which, because of its layout, compactness and velodrome-like circuit is completely unsuited to the tracks they are accustomed to back home. 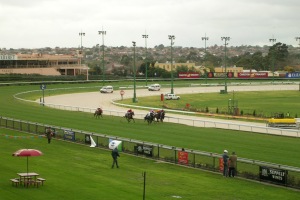 In their vain pursuit to attract international participation, the Club appears to have embarked on offering financial incentives in the form of “appearance fees” to attract imports- irrespective of the quality of these horses. And without denigrating Side Glance and Mull of Killough, they are hardly in the A or B grade category.

If anything, their presence devalues the race, and should any of these horses have won or been placed, it would have encouraged horses of similar quality to make the “all expenses” kinda trip down under next year and perhaps beyond. 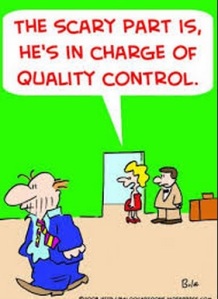 For Australian-born Jane Chapple-Hyam, trainer of Mull of Killough, it was the equivalent of winning first prize of a travel package in a charity lottery to visit friends and family back in her home town of Melbourne. And good luck to her. Never look a gift horse in the mouth.

To be brutally frank, unless you were betting on your favourite number or had an out of world la la experience, it was impossible to put Mull of Killough in your first five chances. He certainly ran up to his limited ability.

Side Glance, from what we heard in whispers last Saturday. is highly unlikely to return home, and a decision to keep him in Australia, might have been made prior to the Qataris making the decision to accept the Moonee Valley Race Club’s generous invitation to make the long and arduous trip Down Under.

Even the Qataris with their oil wells flowing over with moolah are not stupid enough to look a gift horse in the mouth.

Surely, with returns from wagering in decline and owners clamouring for increases in prize money to offset the out-of-control hike in the costs of racing, the Moonee Valley Race Club should look after their own backyard and put the hundreds of thousands of dollars that are wasted on this futile exercise into topping up their prize money?

While last Sunday’s most impressive winner Luger looks set for stardom and headlines in Hong Kong, his full sister Psychologist is on a prolonged downward spiral. 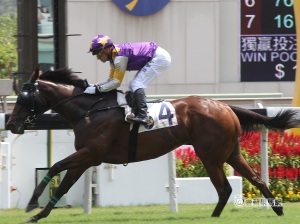 The lightly raced Luger won like the top class racehorse he promises to be under the care of master trainer John Size and dream team partner Douglas Whyte.

Psychologist, sadly, has struggled since her wealthy owner Raymond Ngai brought her over to race in Hong Kong after a very successful black type racing career in Melbourne.

From what we understand Psychologist was ready for motherhood and a date with one of Australia’s top rated stallions before she was airfreighted across to Hong Kong to continue her racing career when she should have been retired.

What made the decision even more inexplicable is that Psychologist had issues with her soundness and, besides, as we are all well aware, mares racing in Hong Kong are a rarity.

Then again, trying to work out the thought processes of Chinese owners is mission impossible.

3 Responses to TWO THUMBS UP AND ANOTHER COX UP