DO WAH DODDY DODDY AND A HAPPY WEDNESDAY

We were with Robert Dodds, Executive of xixentertainment at the races at Happy Valley, xix being the entertainment company that manages the careers of Beckhams, Lewis Hamilton, Andy Murray, Annie Lennox and owns the Rights to the “Idol” franchise. 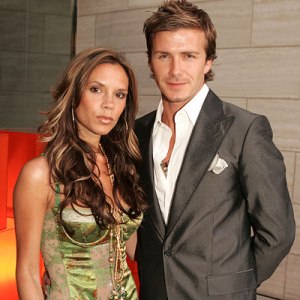 Dodd was in town with the head of xixentertainment Simon Fuller and David Beckham who were invited for a private function held by the CLSA Investor Forum.

Being an avid fan of horse racing who owns jumpers in the UK, he made the effort to get away from the tight as leotards schedule lined up for them during their two days in Hong Kong.

There are only so many dinners one can have at the China Club before saying, Fish And Chips, please.

After five minutes at Adrenaline, the venue on the second floor of the racecourse, Robert Dodds was a believer.

One can talk about Hong Kong racing and what a different experience it is until the yaks come home along with the cows, but unless being there with Chauncey Gardner, below, few really understand what it is, how it works and why the exciting difference in racing in the city is the exciting difference in racing in the city- think about that one- and why it grabs the imagination of those not from Hong Kong who have seen it all and are not easily impressed by much. 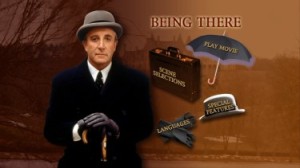 At Adrenaline, Dodd couldn’t believe just what a technological breakthrough is IBU, the inter-active touch-screen board with all the data one needs to find a winner.

That night, a film crew from the States were producing a documentary on the HKJC, people were packed around the board and one of the Club’s new “racing specialist” recruits was doing a superb job of explaining how IBU works.

It was a pity that those Executives at the Club who think they’re above learning about their own product and wouldn’t know an IBU from an I.O.U. were not present.

Using whatever he learnt from IBU, Dodd had his first-ever bet in Hong Kong- a win bet on Bolero- at 19s and which we laughed off as having zero chance.

In fact, us know-it-alls didn’t even realize the horse was running. It ran a blinder to come in third at 4s to place. Who would have thought? Not us. But, yes, we know it all. Yawn. 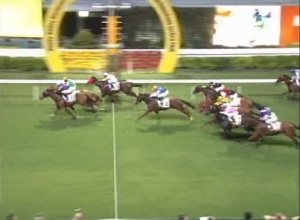 After watching the money pouring into the different pools- win, place, quinella, quinella place, tierce etc- we walked Dodd past the paddock area with the hosts of the Finding Happy Wednesday online series and into the Beer Garden with its United Nations of race-goers, ‘live’ music and Carnivale De Rio type of atmosphere where the Ben Semmens Band played and Smurfette-like drummer Anna stole the show along with Aussie saxophonist Blaine Whittaker and Semmens, a singer-songwriter from Wales who has become a regular feature of the Club’s Happy Wednesday Nights.

We introduced Dodd to a few trainers and two people he wanted to meet- Champion jockey Douglas Whyte and CEO of the HKJC Winfried Engelbrecht-Bresges.

Speaking to the latter by the Paddock area, he learnt about why racing in Hong Kong is the global leader of the sport and how it can be part of the much bigger world of entertainment while still being a punter’s dream.

The bottom line is that racing in Hong Kong is seen in far more creative ways by those outside of “the inner circle” than to those who, perhaps, familiarity has either bred contempt or have a very dated way of looking at a product attracting a very new consumer base- and how to reach them.

How to reach this group of consumers is not through goofiness like drinking games until people puke and keel over and the type of mindless “variety” show “gags and corniness seen on local television stations and which haven’t changed in over three decades. 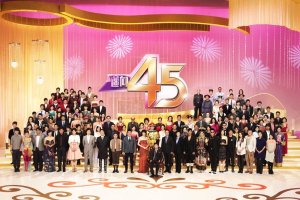 It’s through listening to these “rookies” to racing and taking the lead from them that, like the music industry, an “Indie” scene can evolve and exist with the Mainstream world of racing where one cannot teach old dogs new tricks.